But unlike previous efforts at police reform, there appears to be room for compromise. 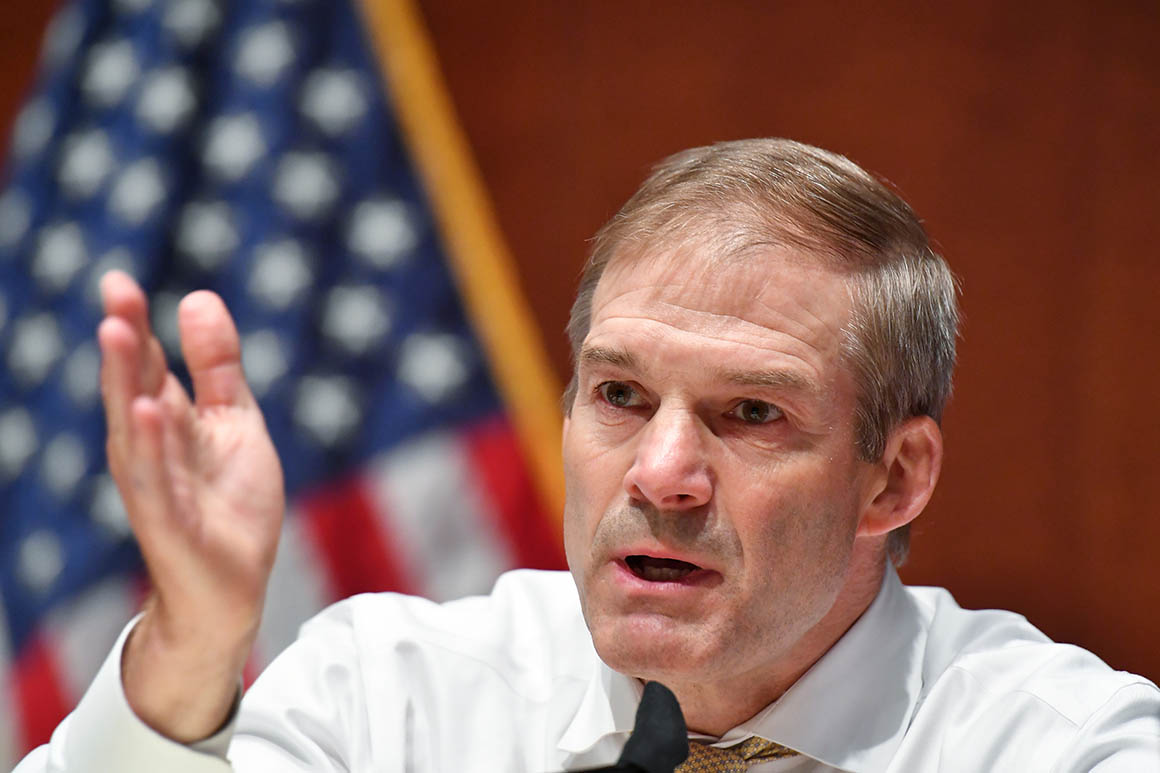 Lawmakers on the notoriously fractious panel are expected to advance Democrats’ sweeping proposal, which comes as a response to the surge of public support to confront police brutality and institutional racism. Their plan would ban chokeholds and no-knock warrants, lower the threshold for prosecuting officers, limit officers’ immunity from prosecution and establish a national database of police misconduct.

To Democrats, speed is of the essence — not only because of the realities of the political calendar but because after decades of failed efforts to implement sweeping reform, the national landscape has shifted and created an opening for genuine action.

“A reckoning is here for justice in policing,” Speaker Nancy Pelosi said in a letter to colleagues urging passage of the measure.

But that won’t happen until Republicans on the committee, led by Rep. Jim Jordan (R-Ohio), attempt to pepper the bill with amendments that will mirror a Senate Republican proposal that beefs up police reporting requirements and encourages reforms — but doesn’t mandate them.

The skirmish is expected to be particularly intense in the heat of a presidential election campaign that has suddenly seen police brutality surge to the front of voters’ consciousness, following the death of George Floyd, an unarmed black man, at the hands of a Minneapolis police officer who kneeled on his neck for nearly nine minutes.

The committee itself will be part of the story: the Democratic side of the panel includes a slew of minority lawmakers, including the head of the Congressional Black Caucus, Rep. Karen Bass (D-Calif.), the House’s fourth-ranking Democrat Hakeem Jeffries (D-N.Y.) and Rep. Cedric Richmond (D-La.), a former CBC chair and liaison to the campaign of Vice President Joe Biden.

The Republican side of the panel features an array of members closely allied with President Donald Trump, including ranking Republican Jordan, Freedom Caucus Chairman Andy Biggs (R-Ariz.) and Rep. Doug Collins (R-Ga.), who closely aligned himself with Trump during impeachment proceedings and is running for Senate.

Trump signed an executive order on Tuesday that sought to incentivize police departments to ban chokeholds but has repeatedly emphasized that he won’t sign measures that will offend law enforcement, a line that many of his allies on the panel are expected to echo.

Yet, unlike previous efforts at police reform, there appears to be room — however narrow — for bipartisan compromise. Members of the Judiciary Committee like Rep. Kelly Armstrong (R-N.D.), a former public defender, have engaged with Democrats to find areas of agreement on policies like police body cameras, qualified immunity and sentencing disparities.

Armstrong told POLITICO his primary concern with the Democratic proposal is how rushed it has been.

"I think there's something in between the need to pass a bill immediately and letting the American public know Congress is really serious about this,” Armstrong said.

Armstrong said he's had productive discussions committee Democrats Richmond, David Cicilline of Rhode Island and Joe Neguse of Colorado, on potential bipartisan legislation. But he noted that the committee, historically an emblem of congressional partisanship and strained this Congress by impeachment, has "a lot of trust problems."

Though there’s a long road before any potential bipartisan compromise reaches Trump’s desk, the rush of activity belies the typical election-year gridlock that all but stifles major policy-making in the sensitive months before the vote. The ongoing coronavirus crisis, which already spurred lawmakers to enact multi-trillion-dollar legislation, seemed certain to sap the enthusiasm for additional major legislation this year.

READ:  At Geneva summit, U.S.-Russia relations heat up under a fiery sun

Yet, Floyd’s death and the nationwide demonstrations that followed galvanized public opinion so rapidly that it spurred typically cautious lawmakers to action.

Wednesday’s Judiciary committee markup will be particularly fraught because of ongoing divisions in the House over the coronavirus pandemic. Though some lawmakers will participate remotely, the meeting will be the first following Pelosi’s Tuesday night order for the sergeant at arms to enforce a requirement that all members participating from the Capitol wear masks.

Republicans on the committee have pointedly defied the Capitol physician’s recommendation that lawmakers wear face coverings during official events and floor votes, prompting outrage among Democrats. But after Rep. Tom Rice (R-S.C.) confirmed this week that he had contracted coronavirus — and had been on the House floor without a mask in recent weeks — Pelosi opted to enforce the requirement.