Two Oklahoma groups had sued the Tulsa venue, alleging that the Saturday event would help spread the coronavirus. 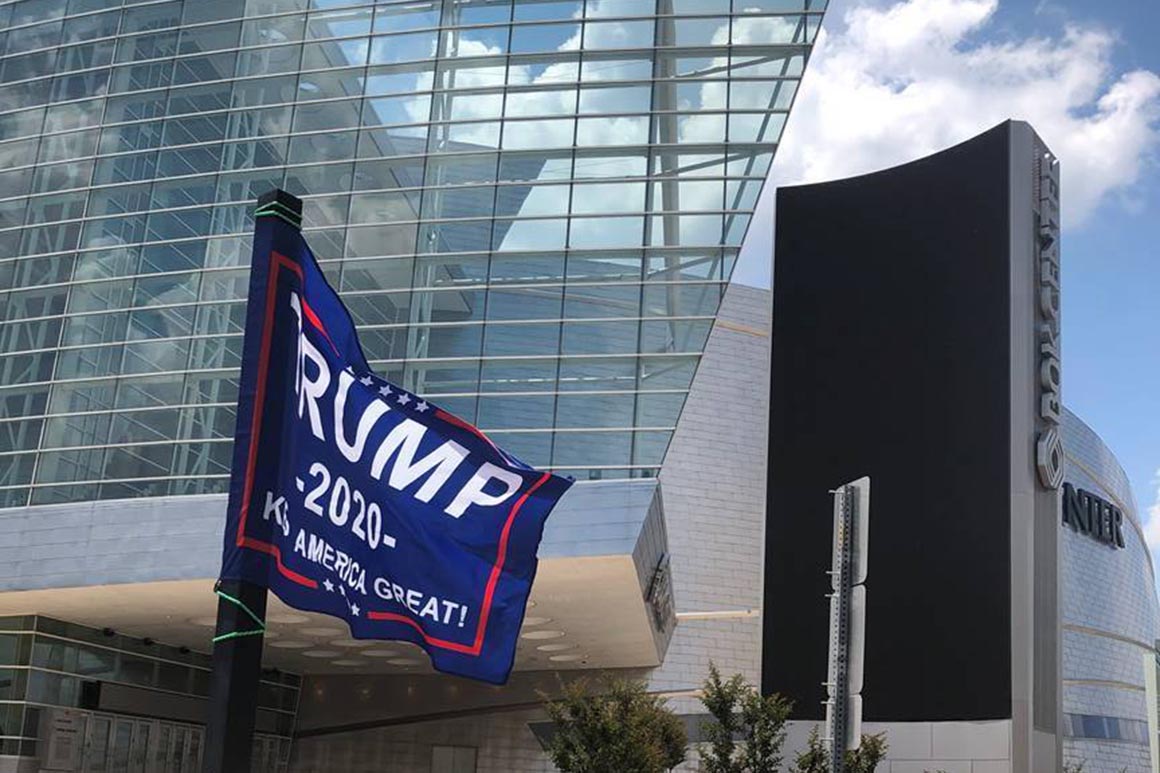 An Oklahoma judge on Tuesday denied a request to stop a rally for President Donald Trump in Tulsa unless its organizers imposed social-distancing guidelines to combat the spread of coronavirus.

Earlier in the day, two Tulsa organizations — The Greenwood Cultural Centre and the John Hope Franklin Center for Reconciliation — along with two immunocompromised residents of the city, had sued the operators of the BOK Center, where the rally is scheduled to take place. The plaintiffs argued that the boisterous rally, with crowds of people yelling in close proximity, would be an incubator for another coronavirus outbreak.

“If ASM Global moves forward with the event without adequate review, planning, training, protective equipment, and safeguards, cases of COVID-19 — and the unavoidable attendant deaths — will rise,” the complaint said, referring to the venue management company.

The plaintiffs asked an Oklahoma court to impose social-distancing requirements for the rally, including the mandatory use of face masks, or else bar the rally until organizers agreed to implement them. But the plaintiffs were notified by phone later in the day that the judge denied their request for an injunction, according to court records.

Oklahoma currently leaves social-distancing guidelines at the discretion of business owners. Sporting venues have been permitted to reopen since May 1. Coronavirus cases have been rising in Tulsa since the beginning of the month, when some lockdown restrictions were lifted.

Meghan Blood, a spokeswoman for the BOK Center, said the venue was following the state‘s regulations for combating the coronavirus pandemic.

“Government officials have advised that the campaign rally as planned is consistent with the guidance for the OURS plan for entertainment venues, however, in the event that the governing authorities impose new restrictions, we will notify the event organizers immediately,“ Blood said in a statement to POLITICO. (OURS is an acronym for Open Up & Recover Safely.)

READ:  ‘Watch me’: Biden hits back at Trump over attacks on age

The Trump campaign already requires attendees to agree not to sue the campaign if they get sick. The campaign manager, Brad Parscale, said attendees would get temperature checks, masks and hand sanitizer before entering the venue.

The Trump campaign did not immediately respond to a request for comment on the lawsuit.

The rally has already drawn considerable backlash because of its original planned date of June 19 — which is also Juneteenth, a day celebrating the end of slavery in the United States — and its location of Tulsa, the site of a race massacre in 1921. As protests against police brutality and racist violence have gripped cities around the country since late May, Trump agreed to move the rally back a day, out of “respect for this Holiday.”

Both of the Tulsa organizations filing the lawsuit work to memorialize those who were targeted in the 1921 massacre, creating exhibits and educational curricula. The massacre was perpetrated by white Tulsans who burned down and killed a prosperous black economic area in the Greenwood district of the city.

The plaintiffs emphasize in their complaint that their lawsuit concerns public health, not Trump as a political figure, and that they have no intention to permanently cancel the rally. They argue that they would take the same action if the rally were for Joe Biden, the presumptive Democratic presidential nominee.