The services chiefs’ concerns include the potential erosion of good order and discipline under the chain of command and the broad scope of the legal overhaul. 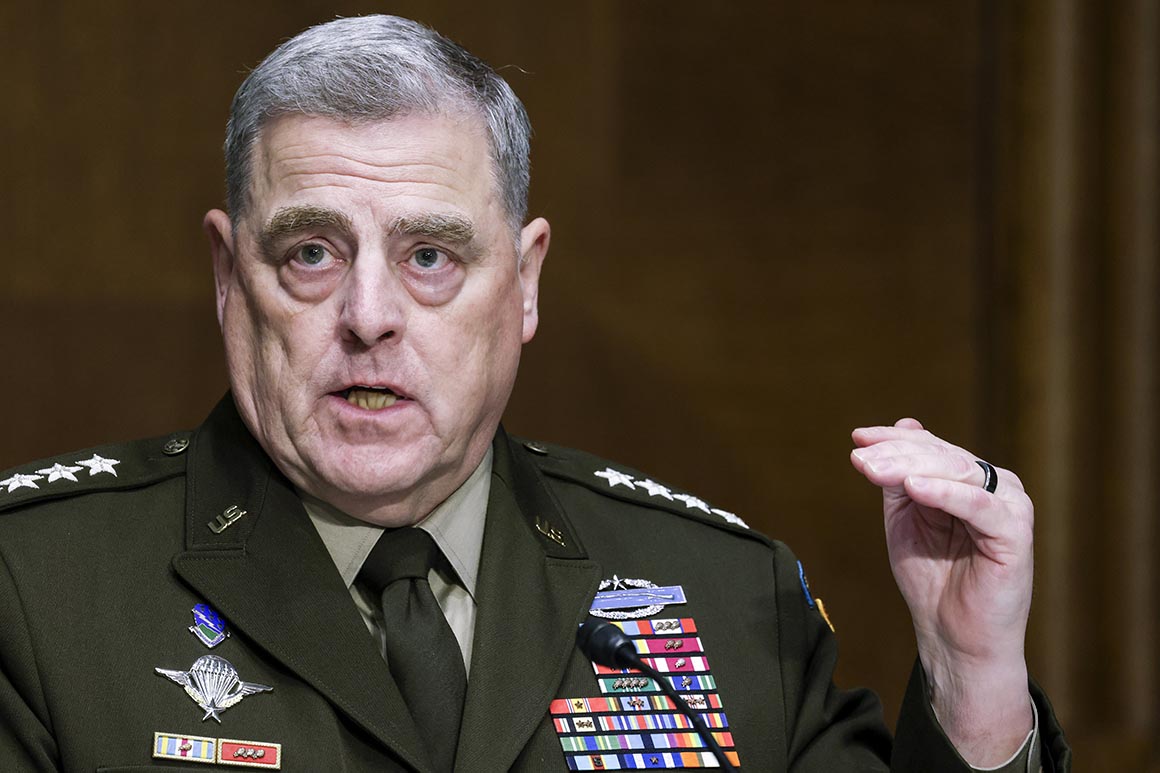 The top officers in each of the military services have delivered lawmakers a cautionary note on legislation gaining momentum in Congress that would overhaul the way commands handle major crimes in the ranks.

The legislation, which has bipartisan support in both chambers, would remove commanders' authority on decisions involving prosecution of all major crimes and hand them to experienced military prosecutors.

The letters were released Tuesday by Inhofe, who opposes removing the chain of command from prosecutions. Still Gillibrand's legislation has the support of more than 60 senators, including a majority of the Armed Services Committee, and is likely to be on the agenda when the panel considers annual defense policy legislation next month.

The services chiefs' concerns include the potential erosion of good order and discipline under the chain of command, the broad scope of the legal overhaul, and the potential for diminishing sexual assault prevention efforts.

Milley made waves in early May when he publicly reversed course and dropped his opposition to removing the chain of command from decisions to prosecute sexual assault, a growing problem in the military despite leaders' efforts to combat it. But the four-star Army general has also cautioned in congressional testimony that broader changes to the Uniform Code of Military Justice should be closely studied.

"It is my professional opinion that removing commanders from prosecution decisions ... may have an adverse effect on readiness, mission accomplishment, good order and discipline, justice, unit cohesion, trust, and loyalty between commanders and those they lead," Milley wrote to Inhofe. "However, in the specific and limited circumstance of sexual assault, I remain open-minded to all solutions."

"I urge caution to ensure any changes to commander authority to enforce discipline be rigorously analyzed, evidence-based, and narrow in scope, limited only to sexual assault and related offenses," Milley added.

The letters, which were sent to the Senate in May, were first reported by The Wall Street Journal.

In a statement, Inhofe called the answers by military brass, "across the board, not reassuring."

"I don’t believe this well-intentioned bill will change anything — in fact, I remain concerned that, as written, it would not reduce sexual assault or other crime in the slightest and would complicate the military justice system unnecessarily," Inhofe said. "What we need are effective prevention measures — not legislation that has the potential to do more harm than good."

The top officers in the Army, Navy, Air Force, Marine Corps, Space Force and National Guard largely expressed openness to new approaches to combat sexual assault and harassment in the ranks, though all expressed varying degrees of concerns about the impact of such a substantial change.

Army Chief of Staff Gen. James McConville, for instance, recommended that Congress instead elevate the authority to convene courts-martial to colonels at the brigade command level rather than remove the responsibility altogether. Those commanders, he wrote, "have the experience, maturity, and judgment, as well as access to legal resources, that allow them to make informed and wise decisions."

Adm. Mike Gilday, the chief of naval operations, noted the lack of trust in the ranks in dealing with sexual assault, and argued changes "must be focused on that problem."

"I have seen no evidence that there is a lack of trust among victims for all crimes for which the punishment exceeds one year of confinement, which is the range of offenses which [the bill] seeks to cover," Gilday wrote.

Austin was briefed Monday on the remaining recommendations of a task force he set up to conduct a 90-day review of sexual harassment and assault in the military. The panel's initial recommendations include handing decisions to prosecute sex crimes to military lawyers.

Still, that recommendation is more limited than Gillibrand's bill, which would remove the chain of command from all major crimes. The New York Democrat has pushed back on assertions that the reform should be contained to sexual assault, pointing out racial disparities in courts-martial that she argues necessitates a broader change.

Support for the measure has snowballed to more than the 60 votes needed to advance a measure on the Senate floor. Prominent new backers include Republican Joni Ernst of Iowa, a retired Army National Guard lieutenant colonel who has spoken about her own experience with sexual assault and domestic abuse.

Support for the measure is building in the House, with senior House Armed Services Republican Mike Turner of Ohio backing a companion bill in that chamber.

Gillibrand, Ernst and other allies have sought numerous times to secure a vote on their legislation on the Senate floor given the overwhelming support.

But Inhofe and Senate Armed Service Chair Jack Reed (D-R.I.) have thus far blocked efforts by Gillibrand to secure a vote on the bill. Though Reed now backs removing commanders from prosecuting sexual assault, he argued the issue should be tackled by the committee as part of the annual National Defense Authorization Act.

Gillibrand, meanwhile, contends the Armed Services Committee has forfeited the sole control over the issue by failing to make progress on the issue in recent years.