The Senate Republican conference chair says if Republicans keep majority, nominees will “have to run the gauntlet.” 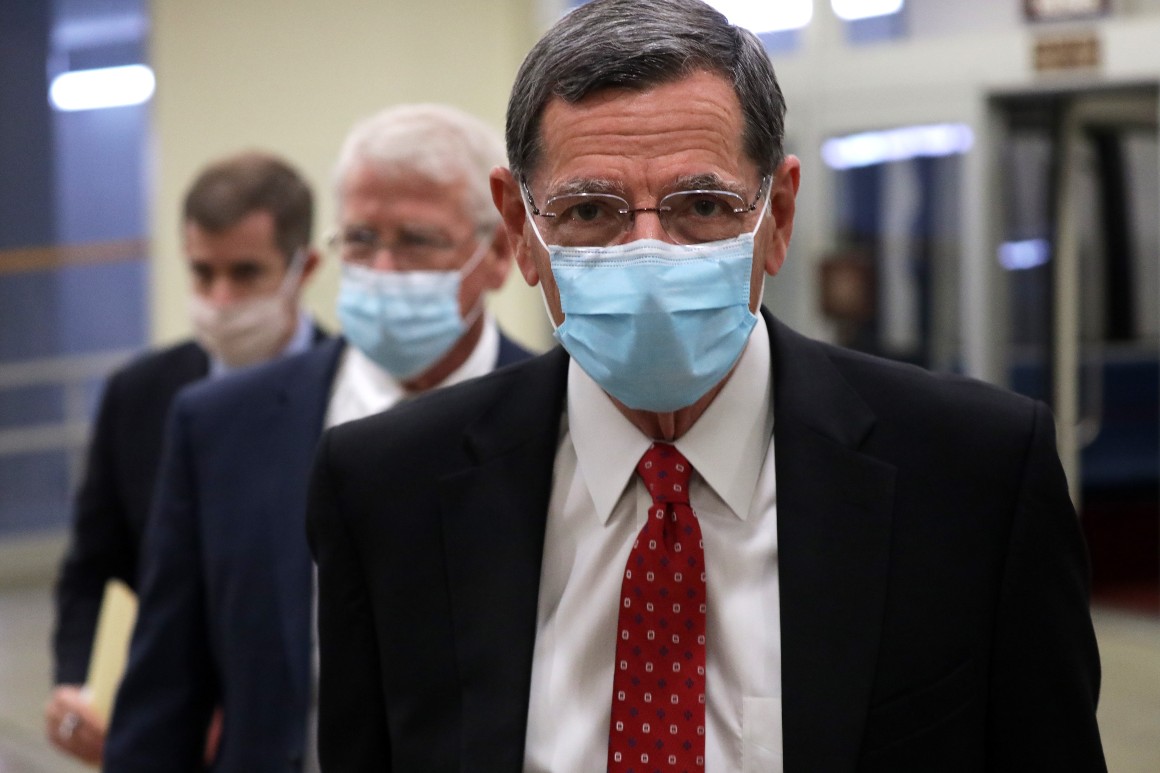 Republicans plan to make President-elect Joe Biden’s Cabinet nominees “run the gauntlet” at their confirmations if they keep their Senate majority in January, their conference chair said Sunday.

Referring to the slower pace of confirmations for President Donald Trump’s nominees compared to those in previous administrations, Sen. John Barrasso (R-Wy.) said Republicans “are not going to forget what happened with President Trump's administration and the delayed process that went through it.”

“So, it's not going to be a garden party,” the No. 3 Senate Republican said on "Fox News Sunday." “If the Republicans are in the majority, these nominees are going to have to run the gauntlet.”

Some of the nominees already announced by the president-elect will face a steep climb in their confirmation process. For instance, Neera Tanden, Biden’s pick to lead the White House Office of Management and Budget, was the target of broadsides from congressional Republicans who attacked past tweets from the chief of the liberal Center for American Progress.

Barrasso said the nominees announced so far look like a “third term of the Obama administration.”

He pointed to Biden’s tapping of former Michigan Gov. Jennifer Granholm to run the Energy Department as an example of a nominee whose past comments on fossil fuels he took issue with, given that Wyoming is an energy-producing state.

If Republicans want a hand in holding Biden's nominees accountable, Barrasso said, winning the two Senate run-offs in Georgia on Jan. 5 would be key.

If the GOP keeps control of the upper chamber, Barrasso is slated to take the helm of the Senate Energy and Natural Resources Committee, which would consider Granholm's nomination.

“If you want accountability and not just a rubber stamp for a Joe Biden Cabinet, you need to have people like me as chairman of the Energy Committee,” he said, vowing later, “You bet, I'm going to ask tough questions.”