The move fulfills the last of the Energy Secretary’s obligations under her ethics agreement. 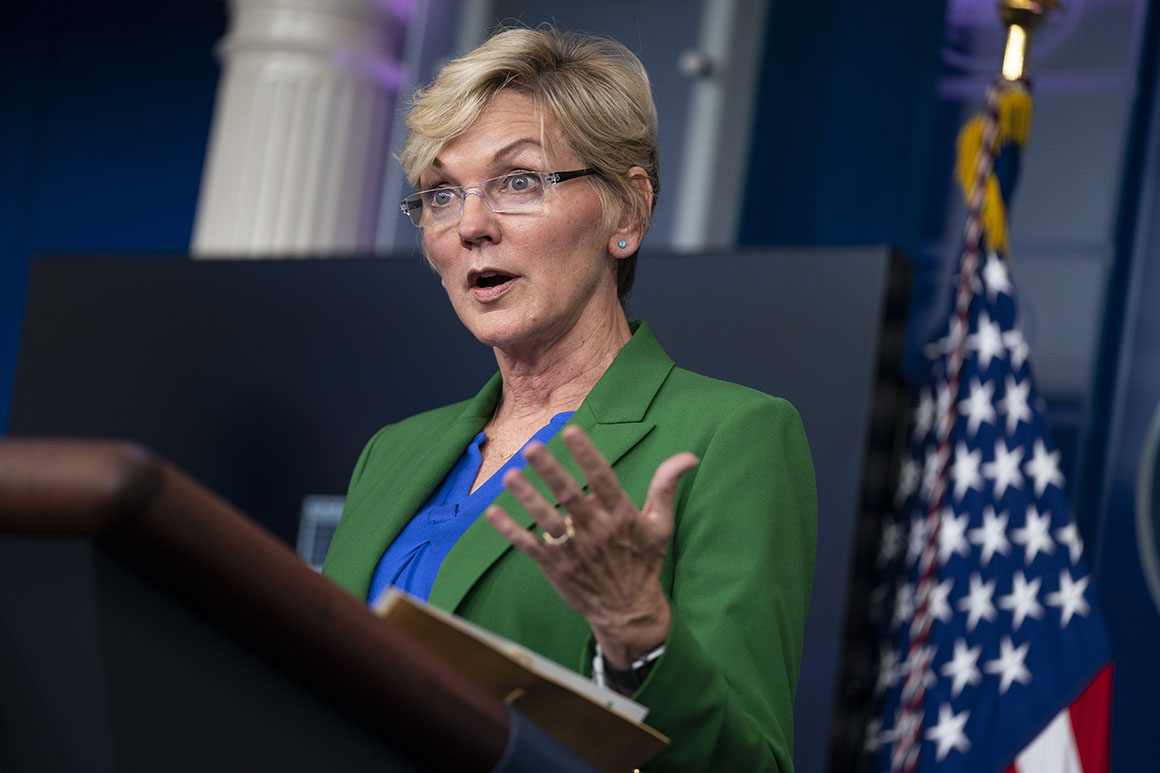 Energy Secretary Jennifer Granholm sold her holdings in electric bus maker Proterra this week, DOE confirmed to POLITICO on Wednesday, following criticism from Republicans that she might be profiting from the administration's push for electric vehicles.

The details: Granholm cleared all of her Proterra holdings in the sales on Monday, providing her with net capital gains of $1.6 million, DOE said. The move fulfills the last of her obligations under her ethics agreement three months before an August deadline. She had been a board member for the company, but resigned before becoming secretary.

Granholm's holdings in the company became a flashpoint for critics after President Joe Biden last month made a virtual visit to a Proterra facility as part of his electric vehicle push. Sen. John Barrasso (R-Wyo.), the top Republican on the Energy and Natural Resources Committee, soon afterward asked DOE's inspector general to investigate whether the secretary had any potential conflicts of interest, and Rep. Ralph Norman (R-S.C.) also pressed her on the matter.

The White House said Granholm had nothing to do with the planning of that visit.

Proterra said in January it plans to go public, with an expected valuation of $1.6 billion.

Granholm has been an electric vehicle booster going back to her days as governor of Michigan. The Department of Energy has a lead role to play in the development of EV technology and Granholm has been a key spokesperson for the Biden administration's push to electrify transportation.

Granholm filed her ethics paperwork with the Office of Government Ethics on Wednesday, according to DOE.

"Secretary Granholm has acted in full accordance with the comprehensive ethical standards set by the Biden Administration and has completed her divestment well ahead of the time required by her ethics agreement," a DOE spokesperson said in a statement.