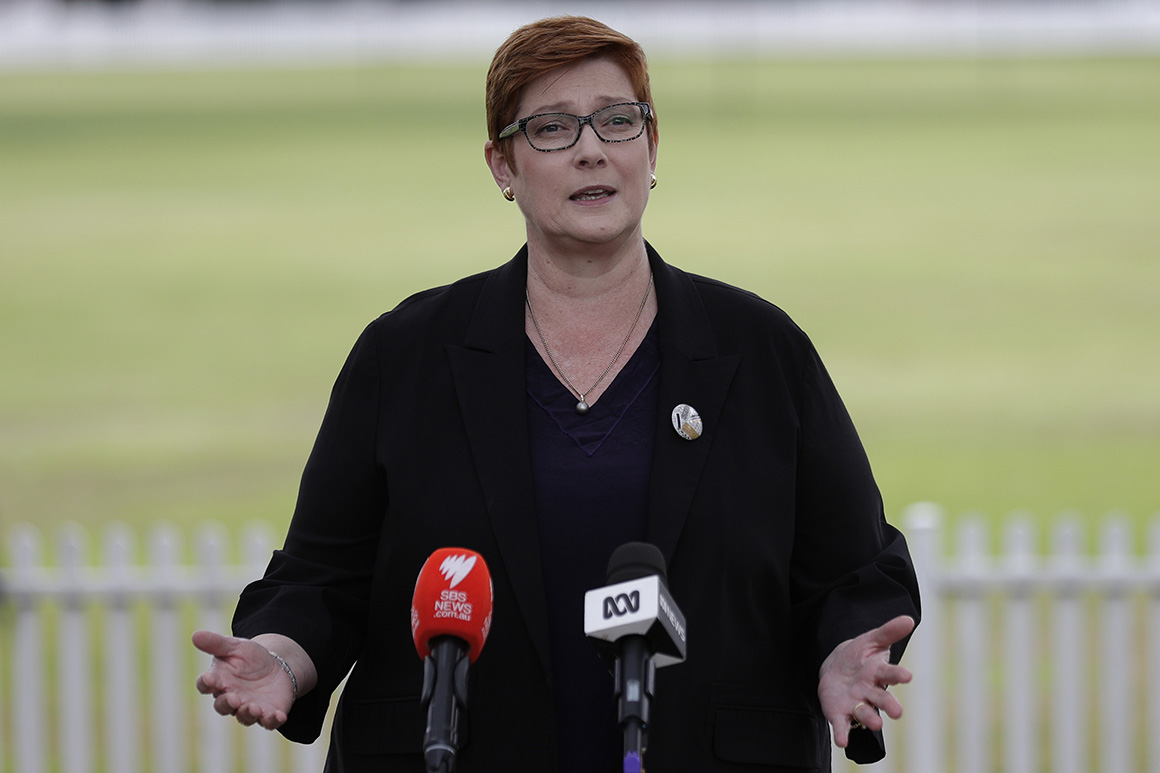 The Australian government has asked its embassy in Washington to investigate an incident of violence against an Australian news crew by U.S. law enforcement that transpired during efforts to disperse peaceful protesters and enable President Donald Trump’s photo opportunity in front of a church near the White House.

Australian Minister for Foreign Affairs Marise Payne confirmed the formal request for the probe in an interview Tuesday with ABC Radio National, saying she is seeking counsel from embassy officials “on how we would go about registering Australia’s strong concerns with the responsible local authorities” in the U.S. capital.

“I think it’s appropriate in an environment such as this, where an event of this nature has occurred, that we are able to seek advice to investigate the incident. That is, it’s a very serious matter, and we take it in that way,” Payne said.

The tactics by law enforcement, applied indiscriminately against protesters as well as members of the media, cleared the way for Trump and top administration officials to venture across the street to St. John’s Church, where he posed with a Bible.

Video of the encounter between the Australian journalists and U.S. law enforcement, which was broadcast live on-air and circulated on social media, seemingly depicts an officer outfitted in riot gear bludgeoning Myers, who Brace previously reported had already been struck by a rubber bullet.

Payne said Tuesday the Australian government had reached out to Brace and Myers via the embassy and 7NEWS in Australia “to check on their wellbeing,” and urged “all involved on both sides” of the U.S. protests “to exercise restraint and to avoid violence.”


In a statement Tuesday morning, U.S. Ambassador to Australia Arthur Culvahouse described freedom of the press as a “right Austalians and Americans hold dear,” and said, “We take mistreatment of journalists seriously, as do all who take democracy seriously.” The Australian embassy in Washington did not immediately respond to a request for comment.

The confrontation Monday involving the 7NEWS reporters and the subsequent action by the Australian government represents one of the first major diplomatic fissures to result from the nationwide wave of racial unrest in the U.S.

Increasingly volatile protests have flared up in major American cities since late last week after George Floyd, a 46-year-old black man, died in Minneapolis police custody. Widespread looting and riots provoked Trump to threaten the use of military force Monday if state and local officials refused to activate the National Guard.

The chaos has also produced numerous episodes of police brutality against protesters and bystanders, and at least 125 press freedom violations have been reported across the country since last Friday by journalists covering the protests, according to the U.S. Press Freedom Tracker.