POLITICO is publishing a reproduced portion of California Gov. Gavin Newsom’s 2019 tax returns, which he allowed reporters to view for 90 minutes this week without taking photos or copies. His campaign has not posted the returns.
We reported the high… 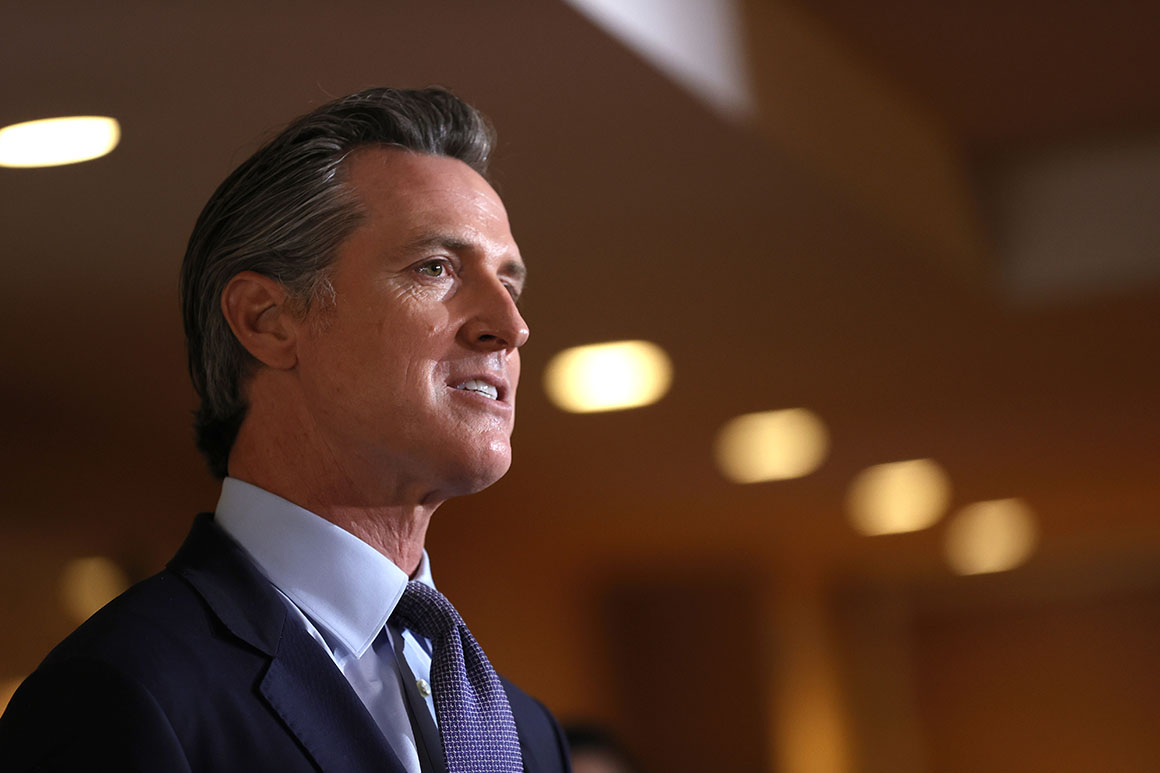 POLITICO is publishing a reproduced portion of California Gov. Gavin Newsom's 2019 tax returns, which he allowed reporters to view for 90 minutes this week without taking photos or copies. His campaign has not posted the returns.

We reported the highlights on Monday, including that the governor and his wife reported $1.68 million in adjusted gross income — nearly $500,000 more than the couple made in 2018.

Background: Newsom tried to distinguish himself from his Republican challengers in the recall election by showing his returns to reporters on Monday, the tax filing deadline. His political team framed the move as an act of transparency and challenged his opponents, including multimillionaire former Olympian Caitlyn Jenner and businessman John Cox, to do the same.

But the governor's returns were several hundred pages long and complex, leaving journalists with little time to fully scrutinize every page.

POLITICO brought blank IRS printouts to the controlled setting on Monday and copied the numbers and other key information by hand, along with detailed notes. We then typed the data into each form or schedule on the IRS website to reproduce a portion of Newsom's returns and redacted some sensitive information for privacy reasons.

The documents posted here contain only a portion of Newsom's 2019 returns, but do include pieces such as his Form 1040 Schedule A. They do not include his 2020 return, as the governor has filed for an extension this year.

Newsom's campaign suggested all candidates will be required this fall to submit five years of tax returns to the secretary of state's office under a 2019 bill, CA SB27 (19R). That law also specifies that the secretary of state shall post the returns during the campaign. But SB 27 says it applies to candidates running in a "direct primary," and the recall is a special election, so the plain language suggests that recall hopefuls will not have to provide their returns.

It is not clear whether Newsom or other candidates will publish their tax returns this year.

Newsom response: Newsom's campaign asked POLITICO for a copy of the reproduced returns, expressing concern that the documents could compromise the family's safety with sensitive information. POLITICO had redacted such information but provided the returns Wednesday.

In response, the campaign issued a statement later that day: "During an initial review of these POLITICO documents just before their publication, we have found numerous errors — an entire page inserted containing information not in the Governor’s returns, multiple data and transposition errors, more than 50 omissions where data in the returns was not carried over to the relevant space in the POLITICO documents, and blank pages that were not included in the governors returns. Needless to say, we aren’t able to authenticate these documents because they are inaccurate."

POLITICO had never asked the campaign to authenticate the documents. After further review Thursday, including cross-checks between forms, POLITICO whittled down the document to the 22 pages of forms that we filled out by hand in Newsom's campaign office and typed in afterward. These documents are intended to present information that reporters could reasonably pull from the 90-minute window they had to view the governor's tax filing.