It’s been days since the Pennsylvania primary and many races remain uncalled because all the mail ballots haven’t been counted. It’s raising alarms about November. 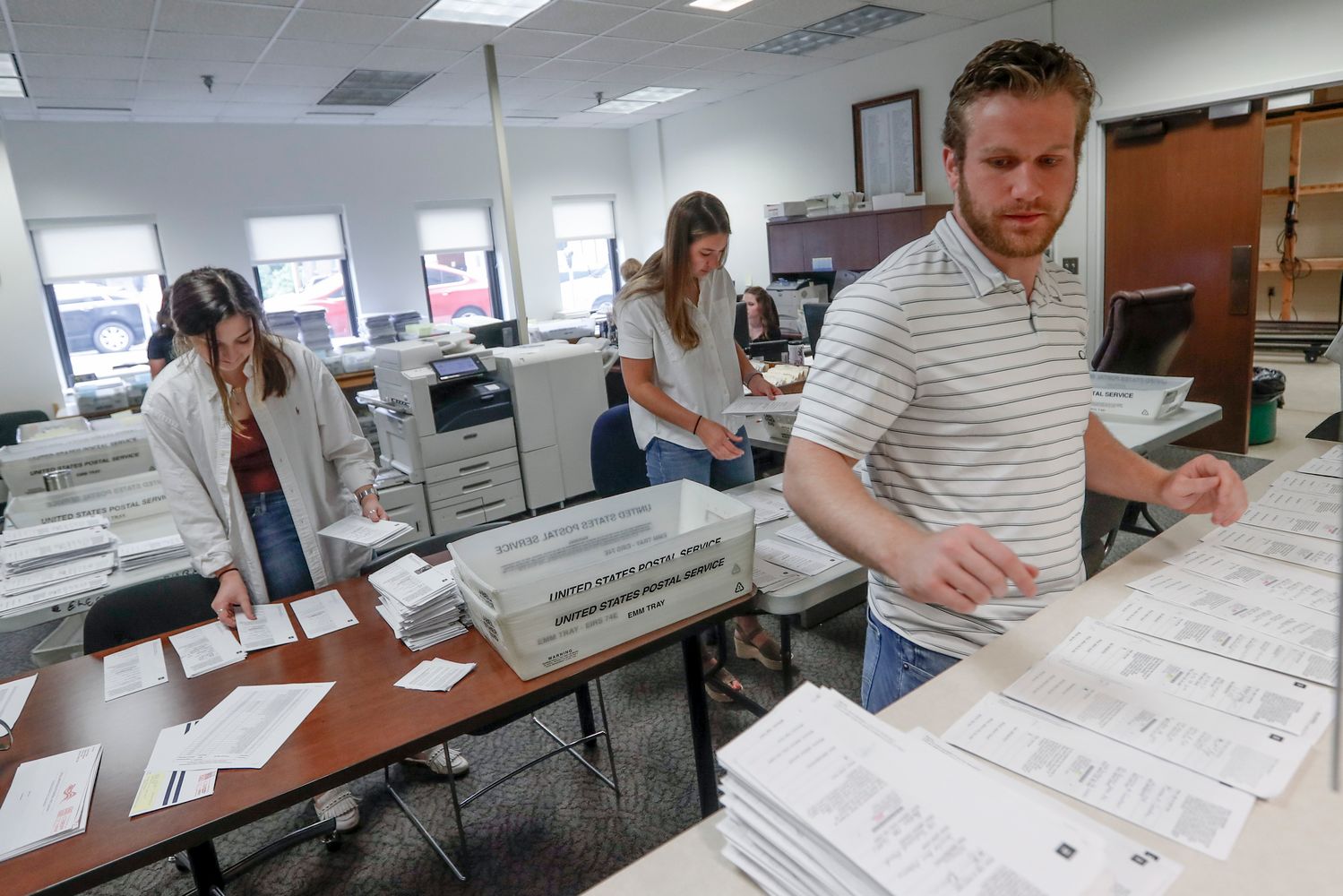 PHILADELPHIA — Three days have passed since Election Day, and races for auditor general, state senate and state representative are still up in the air in Pennsylvania.

Election officials haven’t finished counting the vote because they are grappling with an influx of more than 1.4 million mail ballots after the state implemented no-excuse absentee voting for the first time ever amid a pandemic, widespread protests and riots. In Philadelphia, the biggest city in the state, only about 14,000 of nearly 160,000 mail and absentee ballots had been tallied as of Friday afternoon.

The delays have given candidates and voters an aggravating — and, for some, terrifying — glimpse into what officials believe the entire country might suffer through during the presidential election in November: Due to a huge uptick in mail ballots, they say it could be unclear for days who has won this key battleground state with 20 electoral votes.

“Now I understand why my mother told me patience is a virtue,” said Nina Ahmad, a Democratic candidate for auditor general whose statewide race has not yet been called. “It’s nail-biting, but I’m trying to be patient. Boards of Elections everywhere are scrambling to go through this for the first time under a pandemic, under massive civil unrest, under curfew.”

The fact that Philadelphia, a Democratic stronghold, is still counting mail ballots is particularly nerve-wracking for Democrats. They fear that President Donald Trump could use delays there in the fall to discredit the results — or declare victory after rural areas where he is strongest have finished tallying mail ballots, but before Philly is done.

“The volume of votes in November will be much higher and Trump will use any opportunity he gets to question and undermine the validity of the election in November,” said Amanda McIllmurray, a Philadelphia-based Democratic strategist, “which will disproportionately and intentionally disenfranchise Black, brown and white working-class voters.”

Said one high-ranking Democratic elected official in the state: “It could, under the right circumstances lead to a constitutional crisis. Can you imagine what Donald Trump would say when they’re still counting ballots in ‘crooked, dirty, Democratic’ Philadelphia three days after the election?”

The delays have left candidates across the state in limbo. Along with the auditor general primaries, 20 state races were not yet called as of Friday. The Associated Press didn’t declare the winner of a congressional Democratic primary in central Pennsylvania until Friday afternoon.

Democrat Rick Krajewski, who is narrowly ahead in his challenge against state Rep. James Roebuck, told his supporters on social media Friday that they might not know the result for several weeks and thanked them for their “patience as we too eagerly await results.” In a sign of the confusion, Bernie Sanders, who had endorsed Krajewski, congratulated him on Twitter on Wednesday for winning the primary.

“It’s a weird spot to be in,” said Krajewski of the days-long delays. “I want us all to take the learning from this process very seriously.”

Philadelphia’s city commissioners, who oversee elections, said they do not know when they will be done counting mail ballots. Officials throughout the state have complained that they cannot start counting mail ballots by law until Election Day, and lack the needed funding and staff to manage the new voting system.

Even in races that appear finished, there is chaos and uncertainty. The Associated Press has called the race for Nikil Saval, who challenged Democratic state Sen. Larry Farnese in a Philadelphia-based contest, but McIllmurray, his campaign manager, said Saval hasn’t claimed victory because of the large number of mail ballots that have yet to be counted. Farnese also hasn’t conceded.

In a Republican congressional primary in northeastern Pennsylvania, the Associated Press projected Wednesday that Jim Bognet won, and he declared victory afterward. But his second-place opponent, Teddy Daniels, said on Facebook Thursday, “COUNT THE THOUSANDS OF PROVISIONAL BALLOTS!!”


Gov. Tom Wolf’s administration said it did not have the total number of uncounted mail ballots throughout the state. But Wanda Murren, spokeswoman for the Department of State, said 49 of the state’s 67 counties had finished tallying their mail ballots.

Pittsburgh’s Allegheny County would also be finished were it not for the fact that Wolf gave it an extra week to receive mail ballots due to the social unrest.

“No one could have foreseen the volume of mail ballots used by Pennsylvania voters in this election — now over 1.4 million ballots statewide,” said Murren. “The department believes every county has done an incredible job of dealing with the influx, and we reiterate that the most important thing is that every ballot be counted accurately.”

Still, she said, there are lessons to be learned from the election officials who were able to count the mail ballots more quickly than others. “Allegheny County was able to accomplish this because they are using the highest speed, highest capacity ballot-handling and scanning equipment available. The department is encouraging other counties to use their recent federal subgrants to acquire equipment of similar capacity before November.”

Nick Custodio, a deputy city commissioner in Philadelphia, said that “in November, we are going to need to further modernize our processes and look to bring in additional equipment to speed up the processing of ballots.”

Officials in Philadelphia said Friday that they were working to check the poll books against the mail ballots to ensure that no one voted twice, likely accidentally because they were unaware their mail ballot had been received. They also said they had to move some of their operations out of City Hall because of the protests and looting downtown.

And delays are not unusual in states that have extensive mail voting.

“No one wants this wrapped up sooner than we do. Everyone’s working seven days a week until late at night for two months now, and with a pandemic and social distancing at work and we had a tornado here yesterday in Philly,” said Philadelphia Republican City Commissioner Al Schmidt. “But elections are no longer a sprint. They’re a marathon. They could get the wrong results sooner, or take longer to get the numbers right.”