The president-elect is weighing a complex set of factors as he zeroes in on his choice to lead the Justice Department. 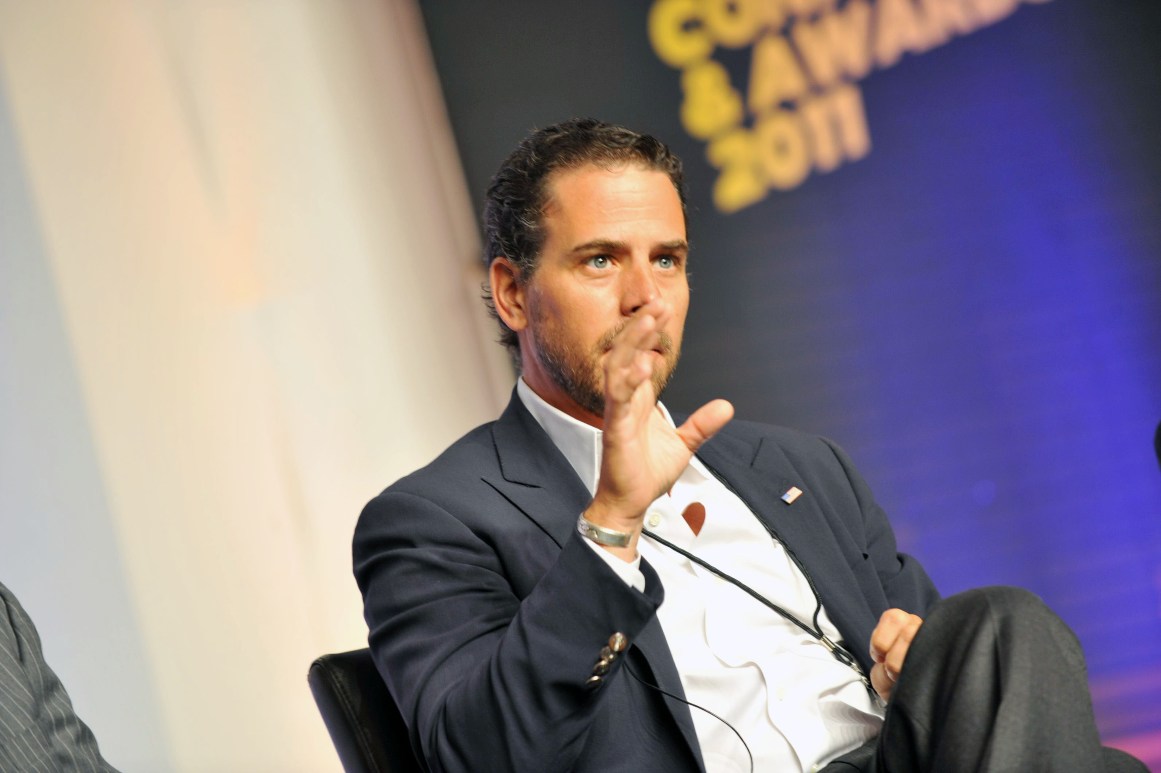 The ongoing federal investigation into the president-elect's son is already fueling debate among DOJ veterans about extraordinary steps Joe Biden’s yet-to-be-named attorney general may have to take to insulate the department from the appearance of political bias.

In addition to the Hunter investigation, Joe Biden’s attorney general will confront tricky questions about how to handle lingering probes of President Donald Trump and his associates, as well as navigate the landmines left by the outgoing administration — including a special counsel probe into the origins of the Trump-Russia investigation.

In interviews, the former DOJ officials say not all of Biden’s short-listers are equally equipped to handle that thorny dynamic. And they say Biden’s pick may want to consider changes to how the department handles politically sensitive cases more broadly to reestablish the department’s independence after years of erosion under Trump. And that pick has to have the credibility to do so.

“Make believe this is Watergate,” said Nick Akerman, a former federal prosecutor involved in the Nixon-era prosecutions. “Find the person everybody is going to agree is above reproach, no one's going to second guess their decisions or the integrity of their decisions. It's time to take the real hard politics out of the department.”

Biden’s choice isn’t that simple, though. He needs to pick a top prosecutor who can make credible decisions on the lingering investigations that relate to Trump or his associates while also choosing someone who can lead on the issue that has most animated the Democratic base — and large swaths of the country — since the killing of George Floyd: racial justice. And, most importantly, he needs to find someone who can win Senate confirmation, a calculation that could hinge on whether Democrats prevail in two Georgia Senate runoffs on Jan. 5.

One potential remedy for what many DOJ vets see as the abuses of the Trump era could be deploying special counsels to cabin off politically sensitive cases. That could allow a Biden administration to boast that it is doing everything possible to ensure that law enforcement decisions are shielded from political influence.

But not everyone is convinced it’s a good idea. Many prosecutors believe there has already been too much use of such extraordinary measures and that the strong presumption should be that investigations and prosecutions can be handled through regular channels, with guidance from ethics officials and recusals when necessary.

This week’s confirmation of a federal criminal investigation into one of Biden’s close family members is also prompting a fresh look at which of the potential attorney general nominees might be required to recuse from the Hunter Biden probe, as well as other high-profile investigations such as Special Counsel John Durham’s investigation into the origins of the Russia probe.

Former deputy attorney general Sally Yates, for example, a top contender for the top job under Biden, was involved in various aspects of the Russia probe and could require recusal from at least some of the Durham inquiry’s elements, although the full contours of his work remains murky.

“Certainly, the Russia investigation was underway when Sally was first deputy attorney general then acting AG. To me, that doesn’t preclude her coming back and overseeing something tangential to that involvement,” said Weich, now dean of the University of Baltimore School of Law. “If it was something that involved her or [an assistant] and one of those people was implicated in the Durham thing, she could recuse and the deputy attorney general would take it.”

Jones, however, has been repeatedly described as a close family friend of President-elect Biden, raising the possibility the outgoing senator could be pressured to recuse from the Hunter Biden probe and any future investigations into Joe Biden or his family.

DOJ veterans say recusals due to friendships are relatively rare. They note that Sessions’ recusal from the Trump-Russia probe was deemed mandatory due to Sessions’ role in the 2016 Trump campaign and not to a more general sense he might favor Trump or Trump allies due to personal affinity. (As it turned out, the relationship with Trump quickly grew cold.)

Jones’ allies say he’s aware of the political vicissitudes that can affect the department. One of Jones’ past clients, former Alabama governor Don Siegelman, has long claimed he was the victim of a politically motivated prosecution that led to him spending five years in prison on corruption charges.

“He felt that I was being singled out and targeted and, to use his words, not to investigate a crime but to try and go find a crime to attach to an individual. I do think he has an understanding of how the Department of Justice can be politicized. I saw it firsthand,” Siegelman said in an interview.

“I have a great deal of admiration for Joe Biden and believe he’ll select a good attorney general,” the former governor said. “I’m sure there will be a place for Doug Jones, whether it’s attorney general or some other spot.”

People close to the confirmation process see Patrick as a less likely choice than Jones or Yates, but one who would bring years of experience as DOJ’s civil rights chief during the Clinton era while helping Biden diversify his Cabinet. Patrick, the second elected Black governor in American history, has been a longtime ally of former President Barack Obama but lacks the personal ties to Biden that could complicate investigative decisions.

“He has navigated countless landmines of conflicts, ethical challenges, and I think he has the bandwidth to handle these politically thick waters,” said Gene Rossi, a former federal prosecutor who handled cases in the Tax Division while Patrick ran the civil rights division. “He's able to put the rope through that needle — criminal justice reform, police pattern and practice investigations, he's able to do that with some credibility because he headed the civil rights division. … He's the type of person who can juggle all those demands.”

Several of the AG hopefuls could also face questions about recusals prompted by their connections to legal clients. Yates would likely face a 2-year recusal from cases involving clients of the Atlanta-based law firm where she became a partner after leaving DOJ in 2017, King & Spalding. That recusal can sometimes be waived, but rarely when an officeholder worked directly for the client in question.

Jones was in private practice in Birmingham for a decade and a half before he ran for Senate in 2017. The three years that have passed since then would likely minimize the number of conflict issues for him relating to former clients.


As debate swirls about the AG contenders, Republicans are demanding that Attorney General William Barr name new special counsels in order to ensure that ongoing inquiries — such as the Delaware investigation of Hunter Biden’s taxes — aren’t prematurely shut down by Joe Biden appointees. GOP lawmakers have also demanded a special prosecutor be appointed to investigate what they say are election irregularities, despite Barr’s recent comments indicating that no such irregularities had been found. Republicans have also demanded that the federal prosecutors leading the Hunter Biden probe be retained into the new president’s tenure.

The Biden transition has not indicated how it intends to handle any of these delicate matters, but his nominee for the post will be instructive.

Of course, the attorney general job requires Senate confirmation, so whoever Biden picks is sure to face questions from Republicans about how he or she would handle the Hunter Biden probe, the Durham investigation and other sensitive matters.

Democrats pushed numerous Trump appointees on similar issues during their confirmation hearings, although they rarely gave ground. Sessions agreed to recuse himself from matters relating to Clinton’s email practices and the Clinton Foundation, although he ultimately farmed some of those inquiries out to the U.S. Attorney in Utah, John Huber. No charges were ever brought.

Sessions also incurred Trump’s enduring wrath by recusing from the Russia investigation in March of 2017, contributing to a series of events that resulted in then Deputy Attorney General Rod Rosenstein naming former FBI Director Robert Mueller as special counsel for the Trump-Russia probe in May of that year.

One way to give the Hunter Biden probe a measure of independence, short of a full-scale special counsel, would be for Biden to leave the prosecutor currently overseeing the inquiry, U.S. Attorney for Delaware David Weiss, in his post into the new administration even as other U.S. attorneys are typically asked to resign.

That would adhere to a precedent Attorney General Eric Holder followed in 2009, allowing the George W. Bush-appointed U.S. Attorney for the Eastern District of North Carolina, George Holding, to stay on for two and a half years to see through an ongoing investigation into former Sen. John Edwards (D-N.C.) over nearly $1 million in funds used to support a woman he fathered a child with, Rielle Hunter.

Weich noted that while Holding was allowed to remain, Attorney General Eric Holder recused himself from the probe, citing work he’d done vetting Edwards as a potential vice presidential pick.

Whether the Edwards precedent is something to be emulated as a way to insulate the department from politics is open to some debate. Days after Edwards’ indictment in 2011, Holding resigned and announced a bid for Congress as a Republican. He won the race and served four terms in the House before deciding not to run for reelection this year.

At Edwards’ trial the following year, the jury deadlocked on five of six counts, acquitting Edwards on the sixth. Press reports said most of the jurors found the evidence weak and favored acquittal. The Justice Department quickly announced that the case would not be retried.

Weiss’ situation is not entirely parallel to Holding’s. Weiss has been a federal prosecutor for 13 years, while Holding had a shorter track record at the U.S. Attorney’s Office — just four years — before taking it over in 2006.

One former Trump Justice Department appointee told POLITICO he hopes that the naming of special counsels does not become something spurred by political concerns or retribution.

“I hope we are not in a tit-for-tat place on this,” said the former official, who asked not to be named. “We should not call for these kinds of special counsel investigations for political purposes, and when we do it becomes too easy to make it tit-for-tat.”