“They did everything that they could to fight this until the people had spoken,” a former state lawmaker said of the church. 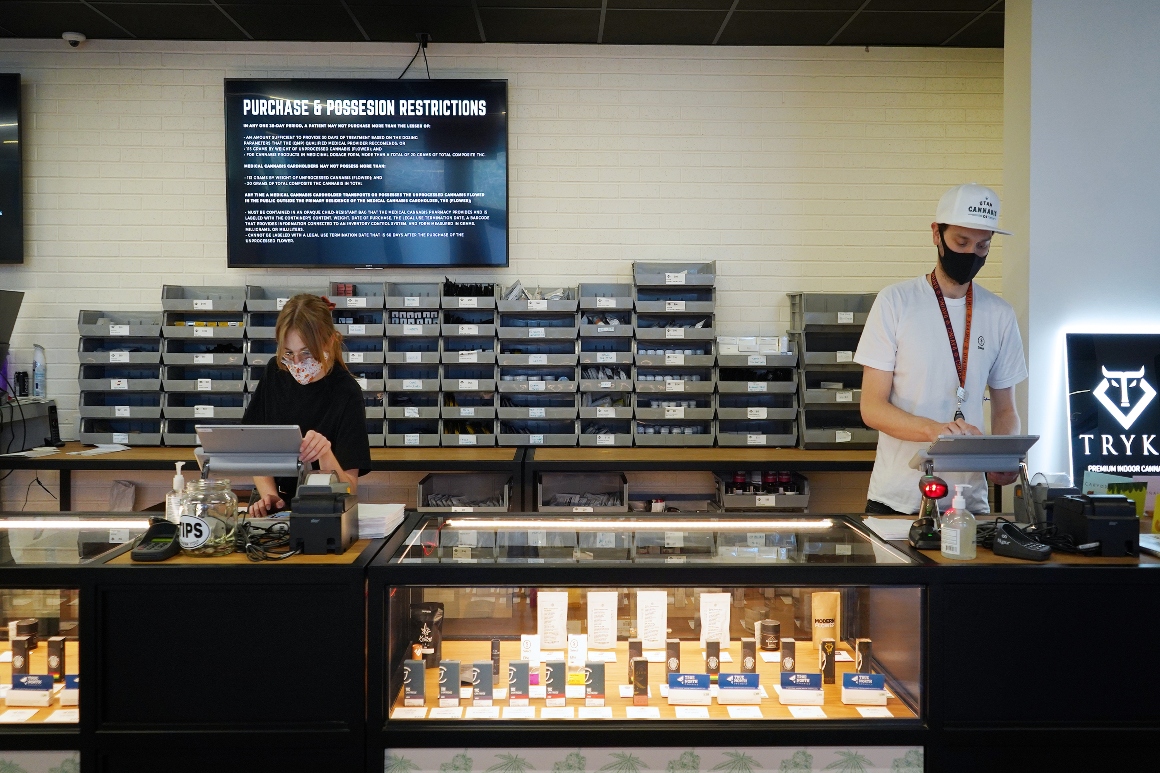 SALT LAKE CITY — On a Thursday in October 2018, a handful of Utah’s top lawmakers, representatives from The Church of Jesus Christ of Latter-day Saints and medical marijuana advocates filed into the Gold Room, an ornate space in the state Capitol.

They were joined by the Utah Medical Association and law enforcement groups to announce a deal to legalize medical marijuana across the state.

Everyone was there in large part because the church had decided they would be.

“You could just almost hear the teeth grinding of the law enforcement — and some of the other people that were sitting there — having to play nice and say 'Oh yeah … this is all kumbaya.' Because, it wasn't,” said former Republican Utah state Sen. Mark Madsen, who worked to pass medical marijuana legislation. “The church made that happen.”

Despite the national popularity of legalizing marijuana, 14 states — mostly in the Deep South and the Great Plains — have not embraced it for medical use. Triangulating around growing support and nudged along by the personal touch of its members, the Mormon church helped greenlight a medical marijuana program industry advocates may use to succeed in deeply conservatives places like Idaho or Kansas.

Marijuana proponents knocked down several barriers to the industry this year, opening New York and Virginia to full legalization — and even legalized medical cannabis in more conservative states like Alabama. Most of the remaining states lack a ballot initiative process, and have influential groups staunchly opposed to medical marijuana legalization.

“Some of the legislators who are opposed to medical marijuana are opposed based on concerns that it somehow will lead to legalization,” said Karen O’Keefe, director of state policy at the Marijuana Policy Project, a national pro-cannabis advocacy group focused on state legislatures and ballot initiatives. “[Utah is] a good example of a state that has a medical program that's limited, where there's not any eye to adult-use legalization, and where there was actually active involvement from the medical society in working out the details of the program.”

Utah’s road to medical marijuana legalization ran directly through the Latter-day Saints. Members of the Mormon faith make up 60 percent of the state’s population as of 2020, and nearly 90 percent of the state Legislature, according to The Salt Lake Tribune. The church’s influence over policy is so strong that traditional bars were not legal in Utah until 2003. Some foreign delegations even imported their own beer to the 2002 Winter Olympics in Salt Lake City.


While some aspects of the church's role in the fight over medical marijuana have been chronicled before, a half-dozen lawmakers and advocates who worked on Utah's legalization effort offered new details to POLITICO: They explained how it first wielded influence both publicly and behind the scenes to oppose the issue, then — once polling showed overwhelming support among the public — employed that same political power to bring key players to the bargaining table to forge a compromise. The deal represented a shift for the church, but one that essentially rolled back a broader medical cannabis legalization ballot measure approved by voters in 2018.

“They did everything that they could to fight this until the people had spoken and they basically had a gun to their head,” Madsen said in an interview. “[But] give them credit for coming around and bringing the other people with them.”

Spokespeople for the church and for the Utah Medical Association declined to comment for this report. Local law enforcement groups did not return requests for comment.

The church’s official handbook — which many Mormons live by — says members should abstain from tobacco, alcohol and coffee, as well as substances “that are harmful, illegal, or addictive or that impair judgment.”

That faith has heavily influenced public policy in Utah for decades, most notably in its alcohol laws: Grocery stores and restaurants are not allowed to sell beer that is more than 5 percent alcohol, one of the lowest statewide caps in the country. Until 2019, the limit was 4 percent. 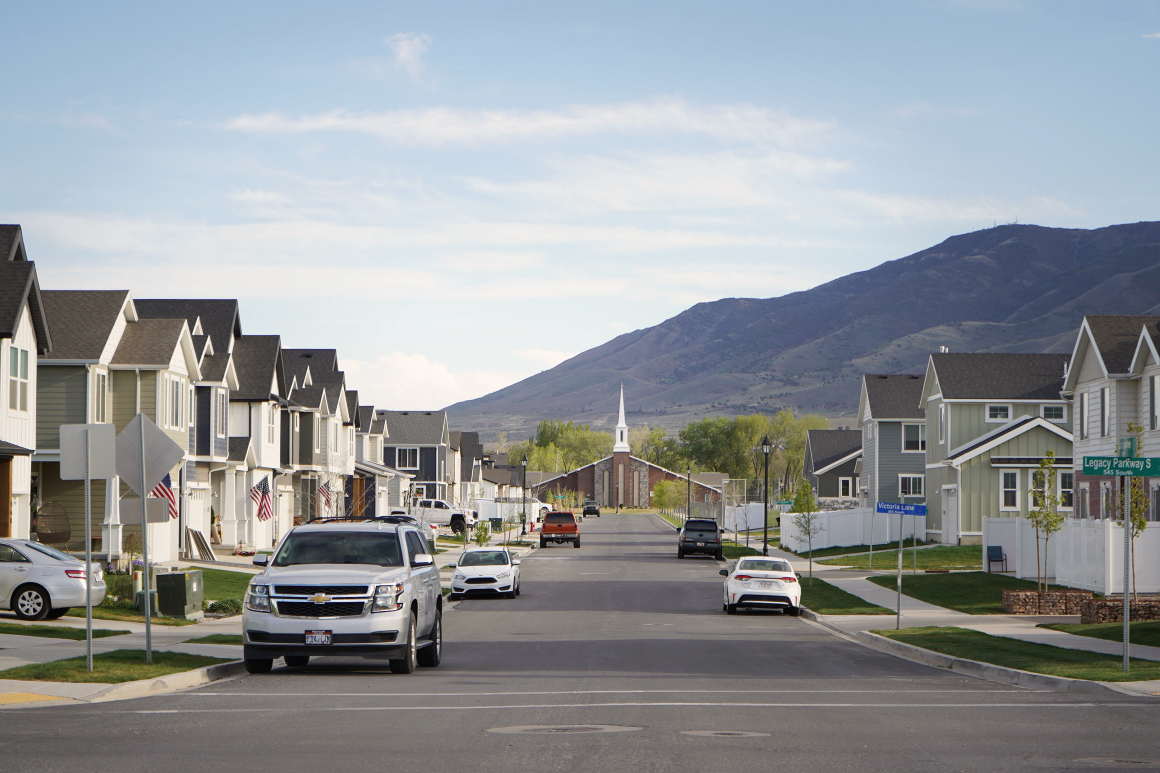 When Madsen first introduced a medical marijuana bill in 2015, a church representative showed up to his office to inform him of its opposition.

“They came in and told me, ‘We're opposing your bill.’ There was no discussion,” said Madsen, the grandson of former LDS prophet Ezra Taft Benson who served as a senator for ten years and remains an active church member.

“[They said] ‘we just came by as a courtesy call to tell you we're going … in to Senate leadership, and we're going to tell him to do everything he can to kill the bill,’” he explained.

Despite that opposition, the bill passed the Senate, but it went nowhere in the House.

Current Senate Majority Leader Evan Vickers said the church has never asked him to kill a piece of legislation. Still, he explained that the church does step in when they're concerned about an issue and, he acknowledged, they got involved on marijuana.

“The general stance, where the church comes out and says, ‘We're opposed to this or you know we favor this’ … it happens less than you think,” Vickers said in an interview.

After three years of failed legislative efforts, cannabis advocates took the issue to voters. The church initially opposed the ballot measure, and on Aug. 23, 2018, church leaders sent an "official church announcement" to members in Utah urging them to vote against the measure.

In May 2018, support for medical marijuana in Utah was at 72 percent. But opposition from the church and other groups significantly chipped away at its approval so that by October, support had dipped to 51 percent.

READ:  Trump the distracter brings his act to the DNC

Behind the scenes, however, the church was working to forge a compromise that would result in a medical bill they could live with. In an email to medical marijuana advocacy group TRUCE on June 7, 2018 obtained by POLITICO, church lobbyist Marty Stephens asked the group to work with him on creating a list of key components needed in a medical bill, and offered to take the document “to Church leaders, the UMA, the [Salt Lake City] Chamber, legislative leaders and the Governor’s office.”

The bill that emerged from the compromise was more conservative than the referendum approved by voters. Patients can’t smoke marijuana flower — they can only vaporize it — and there is a lower monthly purchase limit that some advocates say is barely enough for patients with severe conditions.

Beyond dolling out medical marijuana cards, doctors have the ability to prescribe specific amounts below the state-mandated monthly limits, and to limit patients to a specific type of product — edibles only, for example.

Fewer business licenses and qualifying conditions were allowed in the compromise bill. Every dispensary — or pharmacy, as they’re called in Utah — must also have a licensed pharmacist on hand to check each purchase against the statewide tracking system and the doctor’s prescription.

Vickers, a pharmacist by trade, was the lead sponsor of the bill and was closely involved in crafting it.

“People that were supportive were looking at it as a medicine — how can it help people?” Vickers explained. “Because our conservative religious principles also tell us that we want to help people.”

Connor Boyack of the Libertas Institute, a Utah-based libertarian think tank, said the church’s position was focused on making sure the bill did not create loopholes that might allow for recreational use of marijuana. “They felt that our medical cannabis initiative was actually recreational — that was the nature of the opposition language during the campaign, and it was what they communicated in private conversation.” 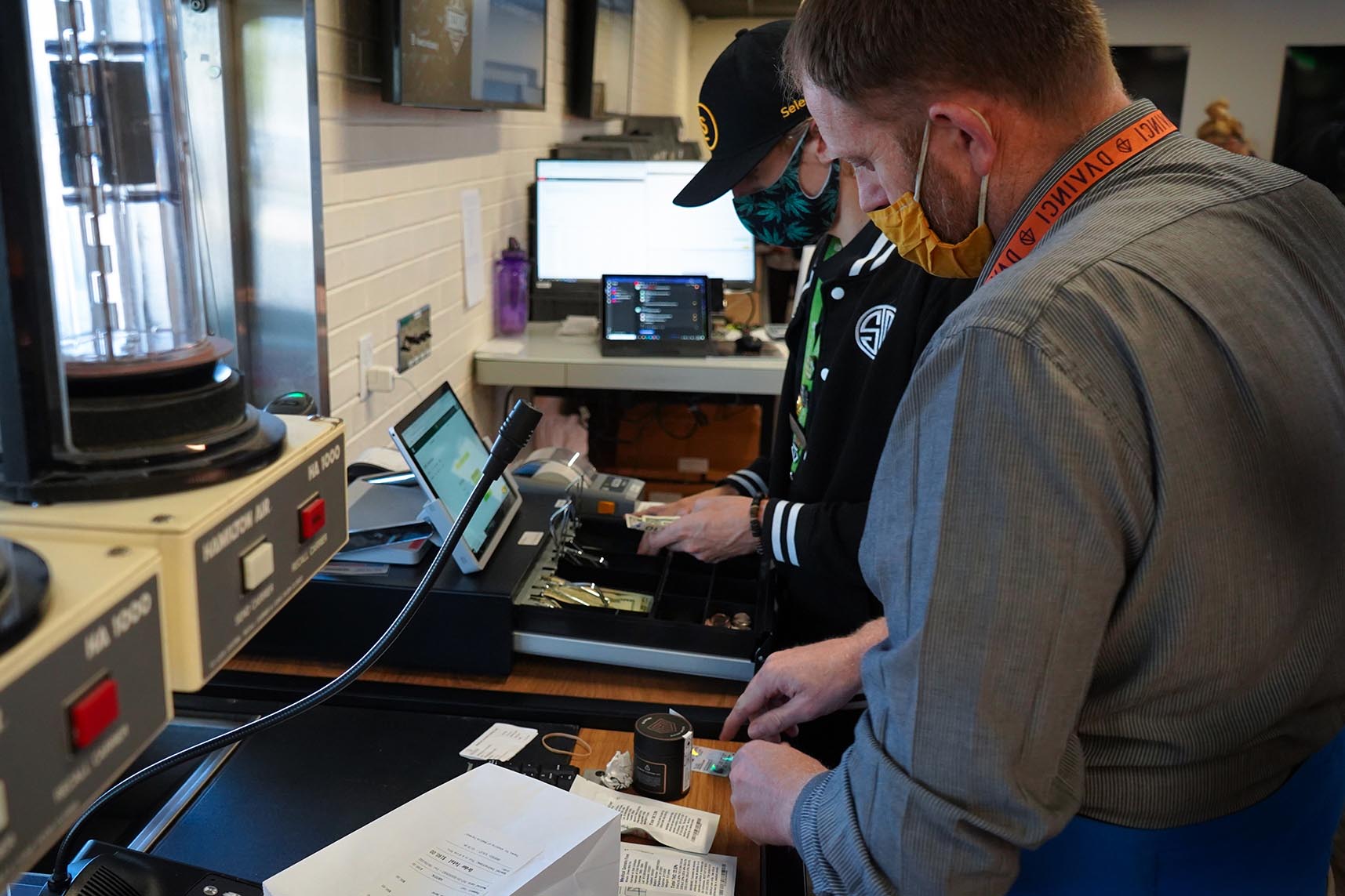 To avoid that type of wide-open market, the church initially suggested sales of marijuana flower be prohibited.

But a number of medical patients — many who were part of the faith — sat down with church representatives and explained how flower is important for quickly alleviating symptoms or seizures.

“Marty came back to the meetings and said ‘Okay, I'm persuaded that we need this,’” said Boyack, who was in the room for the negotiations, referring to the church lobbyist. Later on, when a representative from the Utah Medical Association brought up a ban on flower again, Boyack recalled that Stephens tempered their opposition.

READ:  The one place House Republicans want to be Trump-free

Still, not everyone felt heard by the church in the compromise process. Patient advocacy group TRUCE no longer had a seat at the table. Its founder, Christine Stenquist, had left the church in 2017 and felt intentionally shut out of the negotiations.

Utah anticipated that 10,000 patients would register in the first year of the program. The state hit that number in the first six months. As of February, there were more than 23,000 active cardholders, according to state records — a similar rate to both New York and North Dakota's medical programs.

While cannabis advocates point to places where patients still could have better access or prices, and dispensary owners grumble about the expense of paying for pharmacists to be on-site at all times, most people view Utah’s program as a success. Other conservative states, in fact, are starting to look at Utah as a model they could follow.

“Idaho's looked at our model quite a bit,” Vickers said, adding that he’s also talked to lawmakers in Kansas.

Utah’s medical program may also serve as a model in other conservative states because it was specifically designed to create a firewall against recreational pot.

“Utah ... probably will be one of the last states to legalize marijuana recreationally,” O’Keefe said. “There is no push at all, even to decriminalize simple possession of marijuana.”

The biggest hurdle, however, will be the church — which has considerable statewide power it could use to dissuade voters, or redirect them much as it did during the battle over medical marijuana.

When the church threw everything it had at the medical initiative, painting it as recreational legalization under the guise of medical, that strategy successfully wore down support for the measure.

“There's no appetite for recreational [in Utah],” said Boyack of the Libertas Institute. “And the LDS church would absolutely come and fight it.”