A rallying cry once on the margins is now driving the debate around the country as Americans reckon with a law enforcement regime increasingly seen as unjust and unredeemable. 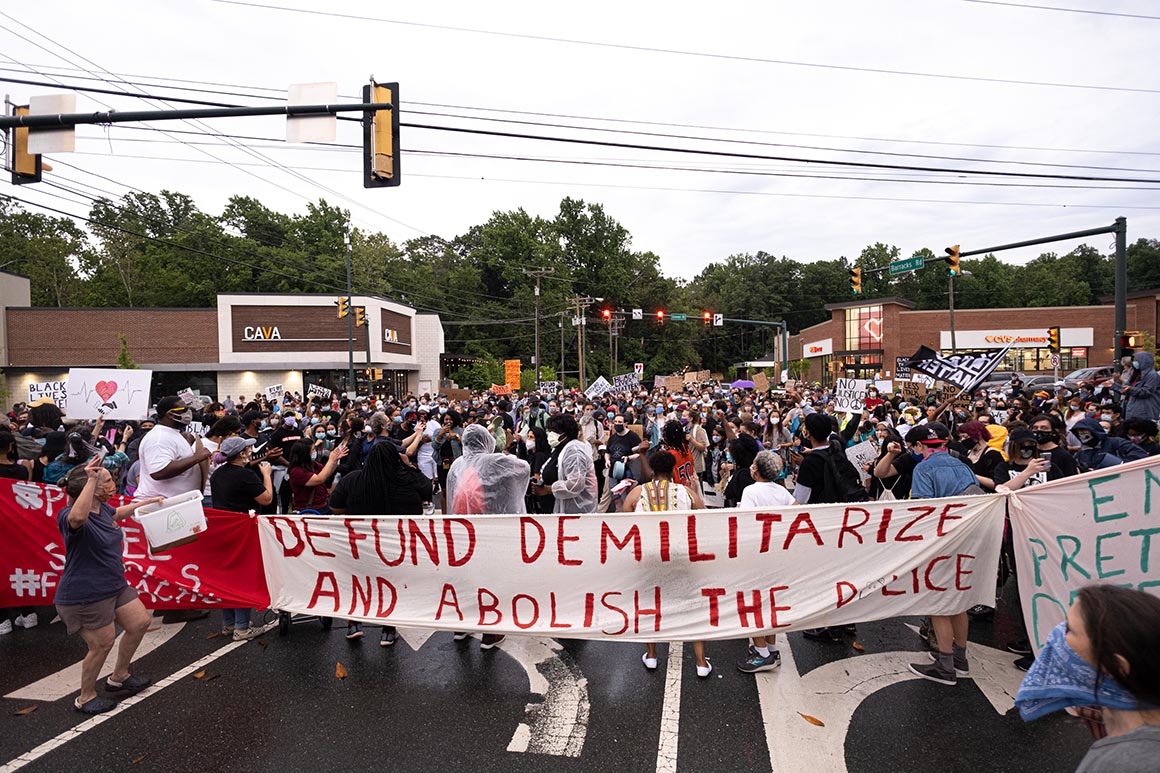 To many watching the historic protests against racism and police brutality unfold across the country, it was a call that came out of nowhere: Defund the Police.

Yet hours after the first videos of George Floyd’s killing at the hands of a Minneapolis police officer went viral online, those three words became the rallying cry of a movement that had suddenly won America’s undivided attention.

To critics — chief among them the president of the United States and his allies, as well as the elected Democrats who quickly distanced themselves from a slogan they deemed too radical to embrace — it was baffling. Was it meant to be taken literally? Seriously? Both? Neither? Were the protesters really calling for no police whatsoever?

But the demands to abolish the police didn’t spring from nowhere — they have deep roots among a group of activists and academics who have been arguing for years that merely reforming a system they see as fundamentally broken is futile: To truly address the unfair way police departments treat Black and Latino communities, they say, you need to tear down the entire edifice and start over.

The modern epicenter of the Defund the Police movement is Minneapolis, where a variety of groups motivated by past episodes of police brutality have been organizing for nearly a decade. One of them, the women and LGBTQ-led Black Visions Collective, penned one of the first petitions to defund their city’s police department on May 25, almost immediately after Floyd was killed. “TELL MINNEAPOLIS CITY COUNCIL TO DEFUND THE POLICE,” the headline on the petition read. Within a week, protests had sprung up in all 50 states, all defined by support of black lives and opposition to police violence.

“We did a statewide and national call and that sparked uprisings in other places,” said Oluchi Omeoga, an organizer and core team member with the Black Visions Collective. 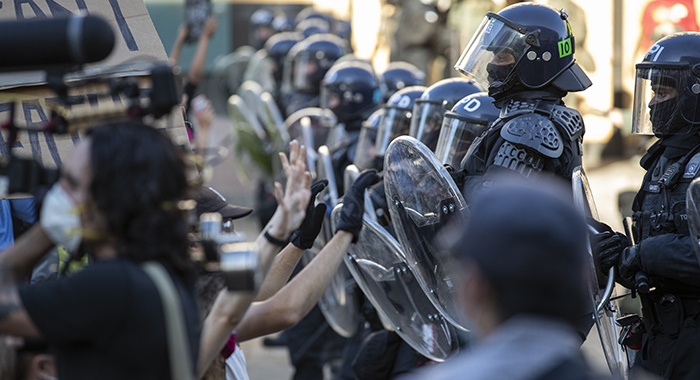 As the calls to defund police departments echoed across the country, they forced elected officials to reckon with a movement that had suddenly broken into mainstream discussion. The breakthrough came after years of seeing activists’ impact diluted through incremental reform measures or wholesale ignoring of their demands.

“It’s different than the 2013, 2012, 2017 iteration of the Black Lives Matter movement,” Omeoga said. “We’re no longer asking for convictions or folks to be indicted. We’re asking for an actual narrative shift, a seismic shift in the systems of police.”

Since Floyd’s death, city councils in more than a dozen cities including Minneapolis, New York and Washington have proposed reductions in their police departments' annual budgets. Los Angeles’ mayor Eric Garcetti has embraced a more limited role for the city’s police department. Congress, too has proposed legislation that addresses police violence and aims to vote on the bill by the end of June. The words “DEFUND THE POLICE” now appear in giant yellow letters along 16th Street in Washington, D.C., mere blocks from the White House and made indelible on street-mapping software.

But perhaps most notably, many Americans who might have never imagined communities without police officers no longer see it as an impossible feat, though most still oppose the idea. A new POLITICO/Morning Consult poll shows that nearly two-thirds of Americans support major reforms in policing, while close to one-third say they are in favor of defunding the police.

“I think what we're seeing now,” said Kim Burke, a senior fellow at the Center for Policing Equity, “is a renewed call and an increased attention to these fundings as a product of the large-scale and incredibly rapid changes we saw the government take during the corona epidemic.”

Burke said the recent stampede toward police reform had shown that “government can almost overnight change policy, allocate money differently, change city budgets differently in the name of public safety. And this is what black communities have been asking for years.”

READ:  What Donald Trump Could Learn From Playing Poker

Even if the sudden discussion of defunding the police has been astonishingly swift, it’s an idea decades in the making. Scholars and activists on police and prison abolition have been pushing an invest-divest model that calls for lower police budgets, removal of officers from schools, demilitarization of police equipment and reallocation of police funds for schools, housing and public health. The Movement for Black Lives, a coalition of more than 50 black-led organizations under the purview of the Black Lives Matter movement, adopted this idea into its core organizing vision in 2016, marking a shift away from a platform that called for fair treatment under the law for black Americans to a focus on stripping police systems altogether.

Andrea Ritchie, who has studied and engaged in movements to defund police as early as the 1991 Rodney King uprisings, said the call has been for “disinvestment not just financially but politically, ideologically and I think for many of us, emotionally.”

America — plagued by economic turmoil and growing outrage at President Trump’s law-and-order approach to policing — provided a perfect backdrop for the movement to grow. This time, Omeoga argued, instead of repeating a pattern in which all the attention zeroed in a single focal point — such as Minneapolis or Louisville, or Ferguson, Mo., in 2014 — activists are encouraging change within their own communities.

“Now we’re calling for folks not to come to Minneapolis but to see the similarities that are happening in all of these other places and to actually ask your local county, state legislature to make a change and also demand the defunding of their police departments,” Omeoga said.

Organizers say their work now involves helping interested parties understand what a safe community looks like without a police presence. The idea has not fully taken hold in some circles, who say they support police reform but oppose defunding or abolishing police.

Top Democrats who are leading the congressional response to police reform have maintained that they are not interested in defunding the police. South Carolina congressman Jim Clyburn, fully distanced himself from the idea on Sunday, calling instead for a “reimagining” of policing. Other figures have taken issue with the phrasing, saying it alienates those who might be on the fence about how to change police moving forward, while embracing the general concept of shifting resources and responsibilities to other parts of government.

Black activist groups of all kinds are now seeking to capitalize on all the attention and rush of support for their platforms, while coalescing around a shared goal of aggressive police reform, if not outright defunding. Black organizations across the country have seen their membership numbers skyrocket and netted millions in donations.

“I think that this is a great conversation for this country to be having, especially in the middle of a global pandemic,” said Alicia Garza, co-founder of Black Lives Matter. “Especially at the brink of a recession, where we've got, I believe, the latest figures of 40 percent black unemployment and facing a massive crisis in our democracy. I think these are absolutely the right questions that this country needs to be grappling with right now.”

The biggest question that remains, Garza explained, is what the alternative to policing would be in the conversation about community safety.

“You cannot police your way or jail your way, or frankly, kill your way out of crisis."