The whistleblower hearing, which has yet to be formally scheduled, is part of a series of steps the panel intends to take in the coming weeks to push back against Barr. 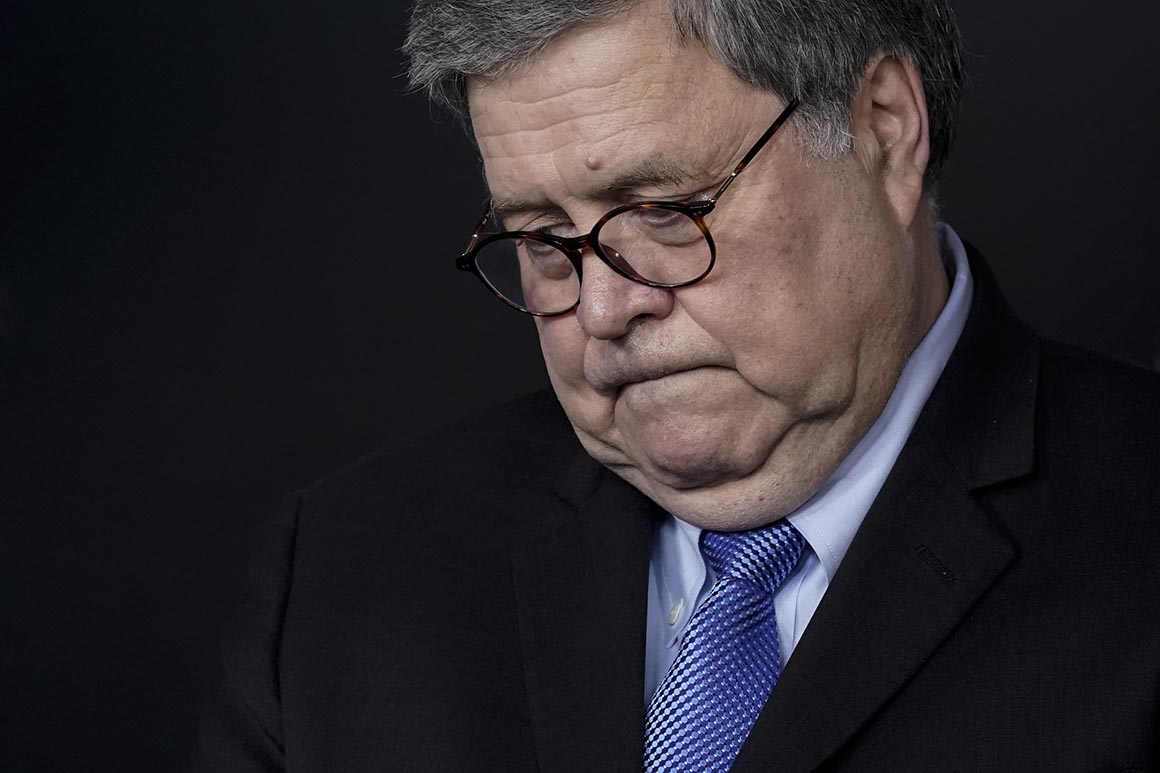 The House Judiciary Committee has lined up whistleblowers to testify about alleged political interference inside the Justice Department, committee aides told POLITICO on Tuesday, as Attorney General William Barr continues to rebuff efforts by the panel to reschedule testimony he committed to in March.

The whistleblower hearing, which has yet to be formally scheduled, is part of a series of steps the panel intends to take in the coming weeks to push back against Barr, who they say has rejected renewed efforts to testify before the Democrat-led panel.

The committee also intends to propose slashing Barr's budget by $50 million, and it will imminently file a brief with the U.S. Court of Appeals opposing the call by the Justice Department to force the dismissal of the charges against former national security adviser Michael Flynn, who had previously pleaded guilty to lying to the FBI but had recently sought to withdraw that plea.

The Justice Department did not immediately respond to a request for comment.

Democrats have been eager for more than a year to grill Barr about a growing list of topics — from Barr's handling of former special counsel Robert Mueller’s report to abrupt reversals in the prosecution and sentencing of allies of President Donald Trump, including Flynn and the president’s longtime confidant Roger Stone. The panel held Barr in contempt for refusing to appear last spring, shortly after he issued the Mueller report, and has called for him to come before the committee on a slew of other controversies since. The House also held Barr in contempt for refusing to cooperate with inquiries related to the 2020 Census.

But lawmakers are likely to be eager to question Barr about his involvement in Trump's designation of antifa -- a label for an amorphous collection left-wing activists — as a domestic terror group, and his deployment of DOJ riot teams to help quell protests in Washington D.C. that have erupted since the death of George Floyd at the hands of the Minneapolis police.

The White House has blocked most senior officials from testifying before Congress since the start of the coronavirus pandemic, citing the crisis as a more urgent day-to-day priority. But as Congress has slowly returned to action, cabinet officials and other senior aides have begun trickling in to Capitol Hill. Barr was slated to speak to the Judiciary on March 31, his first scheduled appearance before the committee since he was sworn in a year earlier. But the hearing was postponed as the coronavirus raged and sent lawmakers scattering back to their districts.

Judiciary Committee Chairman Jerry Nadler (D-N.Y.), at the time, said DOJ had committed to "rescheduling the hearing for when the crisis abates and the Committee is able to reconvene." Since then, White House officials have repeatedly renewed the restriction on congressional testimony, which is meant to apply to officials involved in the coronavirus response. Barr was seen Monday walking near the White House grounds and observing the law enforcement response when police fired non-lethal weapons and gas at protesters, clearing a space for Trump to stage a photo-op at nearby St. John's Parish, which was damaged during protests this week.

It's unclear who the Judiciary Committee has lined up for its pending "whistleblower" hearing, but Barr's involvement in the prosecutions of Flynn and Stone have drawn outrage among some veterans of the Justice Department. One line prosecutor in the Stone case, Jonathan Kravis, resigned and recently wrote an op-ed decrying political interference within DOJ after Justice Department leadership backed away from its initial sentencing recommendation for Stone.

READ:  What the U.S. can teach Europe about privacy

Nadler had also previously asked Barr to make a long list of senior DOJ officials available for interviews, including Connecticut U.S. attorney John Durham, who is reviewing the origin of the FBI's investigation of the Trump campaign's contacts with Russians in 2016, and former D.C. U.S. Attorney Jessie Liu.

Threats to defund Barr's office may be idle, since the Republican-controlled Senate is certain to object. But it's the first appropriations-related threat to the Justice Department rooted in Barr's reluctance to testify.

An amicus brief by the committee in the Flynn case is likely to act as a counterweight to GOP lawmakers, who filed their own briefs supporting the Justice Department and Flynn’s effort to drop the case against him.