The subpoenas accuse the aides of resisting interviews in an investigation of President Donald Trump’s firing of State Department Inspector General Steve Linick. 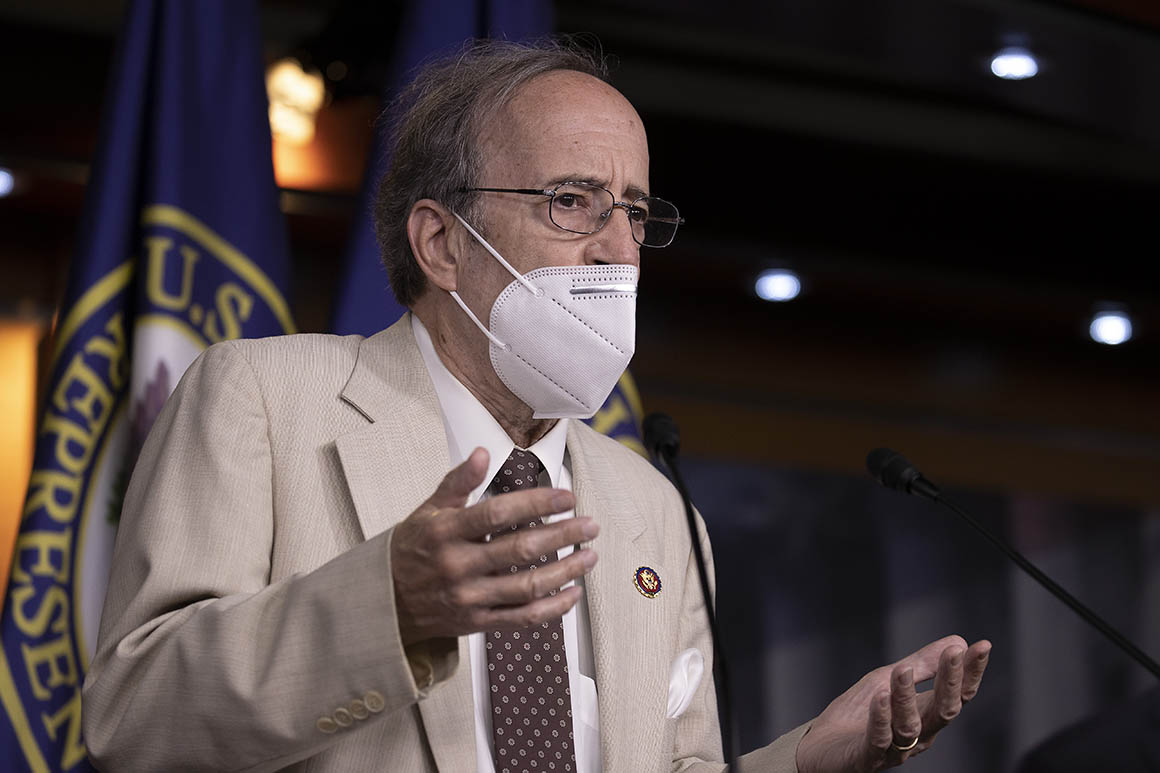 The subpoenas are an escalation in the committee's confrontation with the State Department, which has resisted repeated oversight attempts by the committee since Democrats' impeachment investigation last year.

"The Administration continues to cover up the real reasons for Mr. Linick’s firing by stonewalling the Committees’ investigation and refusing to engage in good faith," Engel, House Oversight Committee Chairwoman Carolyn Maloney (D-N.Y.) and Sen. Bob Menendez (D-N.J.), the top Democrat on the Senate Foreign Affairs Committee, said in a joint statement. "That stonewalling has made today’s subpoenas necessary."

Bulatao is seen by Democrats as a linchpin in their investigation, an enforcer of sorts for Pompeo who Linick said attempted to bully him into shying away from sensitive investigations about Pompeo's use of taxpayer resources and stewardship of an arms sale to Saudi Arabia. The other aides, Democrats say, were aware of the circumstances of Linick's departure or of the two investigations that he said raised questions about Pompeo's actions. Linick testified to the House Foreign Affairs and House Oversight and Government Reform committees last month, leading the panels to request interviews with Bulatao and the other aides.

Bulatao had been slated to appear on July 2 but Democrats deferred to a State Department request for a delay on the eve of his testimony, citing the need to review the recently complete inspector general's report on the Saudi arms sale. Democrats also agreed to postpone the other witness depositions until after Bulatao's appearance, but by Monday their patience had run out.

In a required letter to Congress after removing Linick, Trump said he had lost confidence in the department's watchdog. But when pressed directly, Trump said he removed Linick at Pompeo's request and knew little about the details of the inspector general's work. State Department aides have pushed back on suggestions that Pompeo or Bulatao acted improperly, alleging that Linick himself was the one acting improperly. Pompeo recently told reporters Linick was a "bad actor" in the department and wasn't adequately fulfilling the role of the IG.

The escalation between the committees and the State Department follows what had seemed to be a breakthrough last week, when Pompeo's executive secretary, Lisa Kenna, told senators she would commit to appearing before investigators on Aug. 7, part of a package deal with other witnesses involved in the probe. That agreement marked a resumption of tensions between the State Department and the Democrat-led House, which subpoenaed documents from the department amid its impeachment probe but ultimately received none.

In their statement announcing the subpoenas, Engel and Maloney indicated that they had secured testimony from a senior State official voluntarily. That official, Charles Faulker, described String's role in the Saudi arms deal, suggesting that String helped develop the legal rationale for declaring an emergency that allowed the $8 billion sale to proceed without required congressional approvals.

"According to Mr. Faulkner, Mr. String cited 'rising tensions' in a 'decades-long' conflict among Gulf powers as a basis for such an emergency transfer," the committees indicated.

Last week, Engel subpoenaed Pompeo to produce another set of documents: those that the State Department had already shared with Senate Republicans investigating Joe Biden's relationship with Ukraine, part of what Democrats say is a smear campaign that amplifies disinformation about Biden's role in leading diplomacy with a crucial European partner.

The strained relationship between Linick and Bulatao is at the heart of the committee's investigation. Bulatao told the committee that Linick botched an investigation into his own office's handling of a sensitive report about political retaliation inside the State Department, which leaked to the media ahead of its release. Linick was cleared in that probe by Pentagon watchdog Glenn Fine, who Linick had asked to conduct the review.

Linick told lawmakers he faced pressure to stop probing the Saudi arms sale, which Pompeo allies said was a policy dispute rather than a question of management. Linick said his response was that he was investigating the implementation of the policy, which is within the inspector general's scope. Linick also emphasized that Bulatao was among a small inner circle of Pompeo aides who was informed of his ongoing probe of Pompeo's use of government resources.

Linick was also investigating the role Pompeo's wife, Susan Pompeo, played at the department and whether she and her husband improperly used State Department staffers to run personal errands for them.