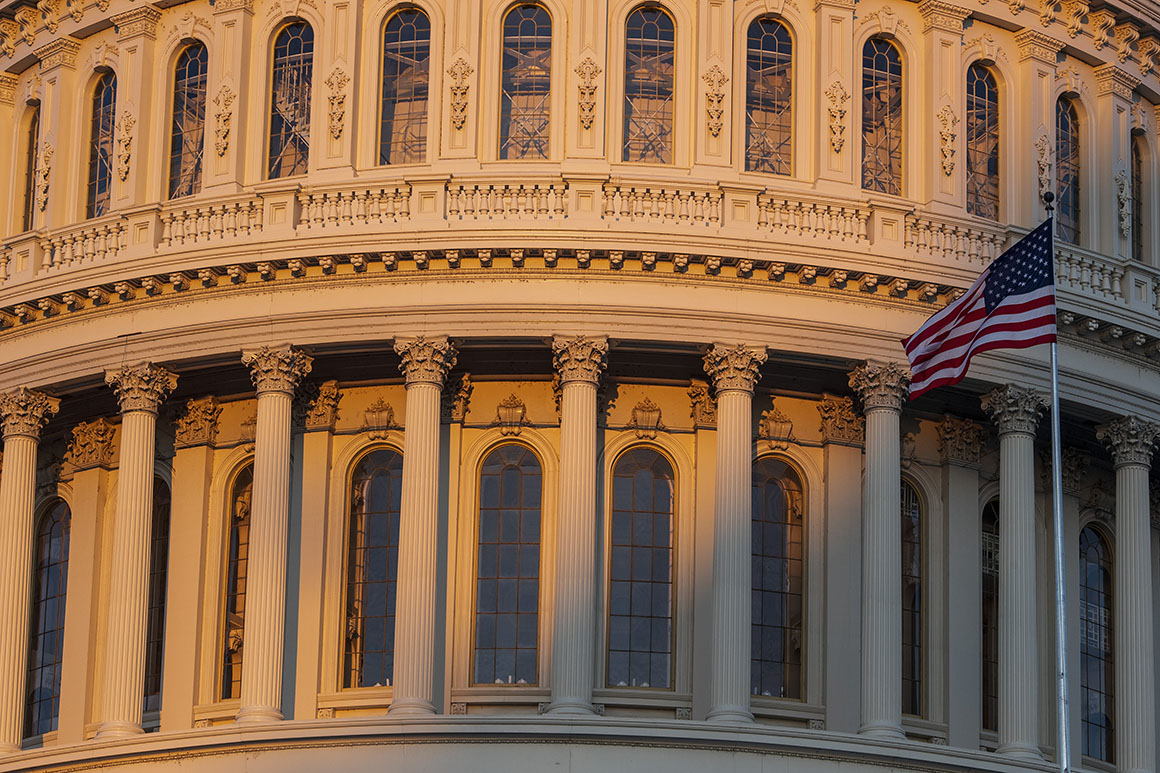 The House of Representatives on Wednesday passed legislation to award the U.S. Capitol Police with Congress’ highest honor for its service during the Jan. 6 riot, despite Republican jockeying to soften the language in the bill.

The bill passed by the House, on a vote of 413 to 12, would authorize creation of three medals — one each for display at Capitol Police headquarters, the capital city’s Metropolitan Police Department headquarters and by the Smithsonian — as well as duplicates of the award. It now heads to the Senate, where it is expected to pass.

House Speaker Nancy Pelosi announced plans in early February to bestow the Congressional Gold Medal to Capitol Police and other law enforcement officers who responded to the insurrection, which resulted in a pro-Trump mob overtaking the complex and grinding Congress to a halt as members and their staff sequestered themselves for safety.

Earlier Wednesday, some Republicans expressed unhappiness over the bill’s language, which described the Capitol as “the temple of our American Democracy” and labeled the attackers as “a mob of insurrectionists.” A competing bill circulated by Rep. Louie Gohmert (R-Texas) named the fallen officers but made no mention of Jan. 6 or the Capitol attack, according to a copy obtained by POLITICO.

After the vote, Rep. Matt Gaetz (R-Fla.) said the bill that passed was “offensive” because it included “these editorial comments about the Jan. 6 sequence of events.” He added that he didn’t like the fact that it included an exhibit at the Smithsonian. Rep. Thomas Massie (R-Ky.) said he disagreed with the description of the Capitol and worried that the “insurrection” label could be used by prosecutors.

Rep. Jim McGovern (D-Mass.) said any attempts to minimize the events on Jan. 6 were “not only wrong, unforgivable, but unconscionable.”

“I’ll tell you, there are a lot of raw feelings around here,” he said. “To try to make believe it’s something that it wasn’t only increases the likelihood that it happens again.”

The bill was originally scheduled to be voted on last week, before it was shelved when Republicans tried to stall House proceedings by requesting recorded votes.

“The fact that there is any member, I don’t care what their political party, would want to delay providing a gold medal to Capitol Police who protected us on Jan. 6, it really is kind of disgusting,” said McGovern, who chairs the House Rules Committee. “It shows the pettiness and the tone deafness that’s really shocking.”

In the weeks since the incursion on the Capitol, Congress has tried to walk a fine line in praising the actions and bravery of individual officers that day while scrutinizing the shortcomings of the preparations for the well-publicized protests and the unhurried response of some officials while the uprising was underway.

Congress has held several hearings as part of an ongoing investigation into the lapses, and as lawmakers work to flesh out a more-complete picture of what transpired in January.

Capitol Police Officer Brian Sicknick was among those who died as a result of injuries inflicted during the riot, and his ashes lay in honor at the Capitol on Feb. 2. Two officers involved in the response died by suicide, and many others have reported suffering physical injuries and mental distress stemming from the event.

In February, the Senate separately passed legislation to grant the Congressional Gold Medal to Capitol Police Officer Eugene Goodman for putting himself in harm’s way to protect lawmakers and staff during the assault on Congress.

Sarah Ferris contributed to this report.