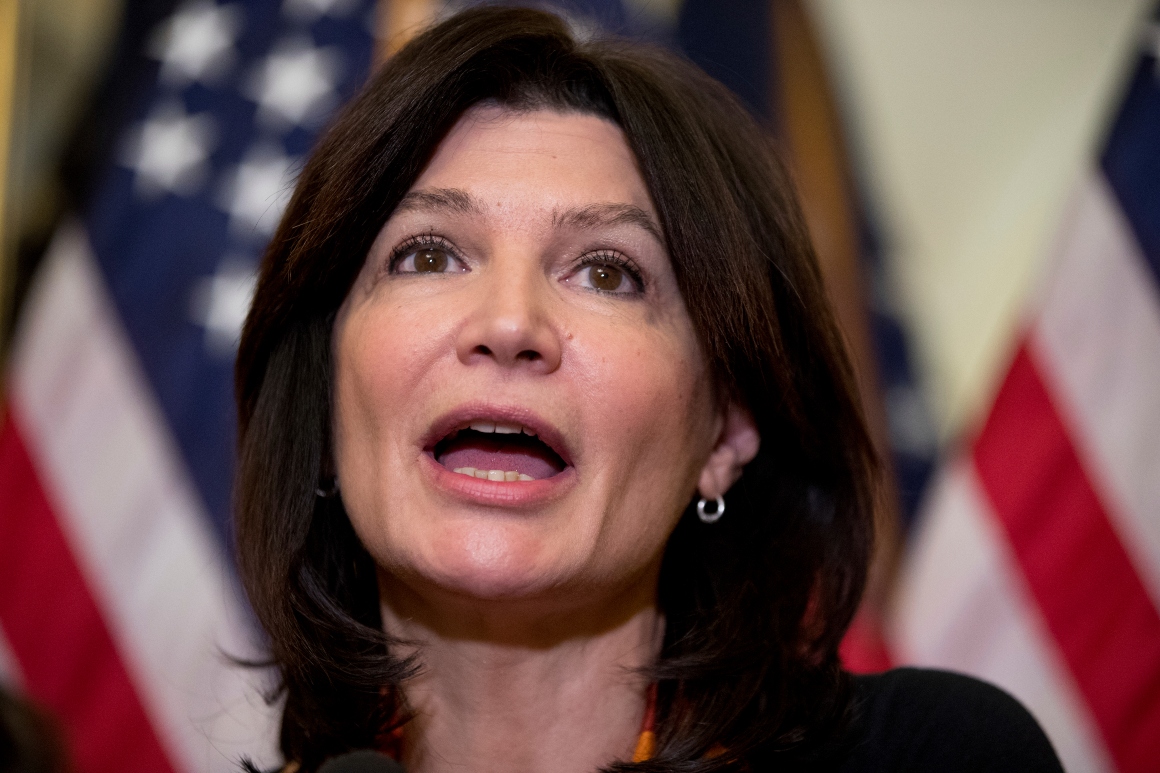 The Congressional Hispanic Caucus is lobbying President-elect Joe Biden to nominate Lily Eskelsen García for Education secretary, substantially boosting the pack of supporters who are stumping for the former president of the country's biggest teacher's union.

“Lily’s long record of accomplishments, working across the political divide, and building and maintaining constituencies would make her an excellent Secretary of Education," says the letter, first provided to POLITICO. "Her relationships in Congress also position her well for confirmation."

Eskelsen García is considered a top contender for the position, and the Hispanic Caucus endorsement comes as some members have expressed concern about the absence of a Latina in Biden’s Cabinet picks to date.

“... not only would President-elect Biden fulfill a campaign process to nominate an educator as Secretary of Education by putting Lily’s name forward; he would make history by nominating the first Latina ever to serve in this role,” says the letter, signed by 23 members.

Latino lawmakers have pointed to Eskelsen García’s experience in education, from her start as a school cafeteria worker to Utah teacher of the year, before heading the 3-million-member National Education Association.

Castro called Eskelsen García a “visionary leader who understands education from bottom to top” and praised her record of working with political leaders from both parties.

Eskelsen García has strategized with retiring Sen. Lamar Alexander (R-Tenn.) on how to clinch the nomination and began a push to lock up GOP support in Congress in recent weeks.

Rep. Chuy García (D-Ill.) said in an interview that Eskelsen García’s roots in Utah give her "a chance to appeal to certain Republican members of the Senate that can help pave the way for her confirmation — which as you know is an important factor given the tremendous polarization that exists in politics and certainly in the Senate.”

After Biden announced his selection of Xavier Becerra as his nominee to lead the Department of Health and Human Services and Alejandro Mayorkas to head Homeland Security, the Hispanic Caucus is pushing for roughly three more Latinos to be appointed to the Cabinet, to match the size of the Latino population in the United States.

In a recent meeting with Biden transition leaders, Escobar asked if a Latina would be named to a top Cabinet secretary post. The President-elect's advisers did not give a firm commitment but said they are prioritizing diversity, she said.

“We've not yet seen a Latina appointed to a Cabinet-level position or in the top four positions,” said Escobar. “The Biden administration is putting a premium on diversity, but I do think it's my job and it's the caucus' job to maintain that level of accountability.”

Sabrina Rodríguez contributed to this report.