Rashed Chowdhury was a bit player in a years-old coup. His home country wants him back. And now, his fate is in Bill Barr’s hands. 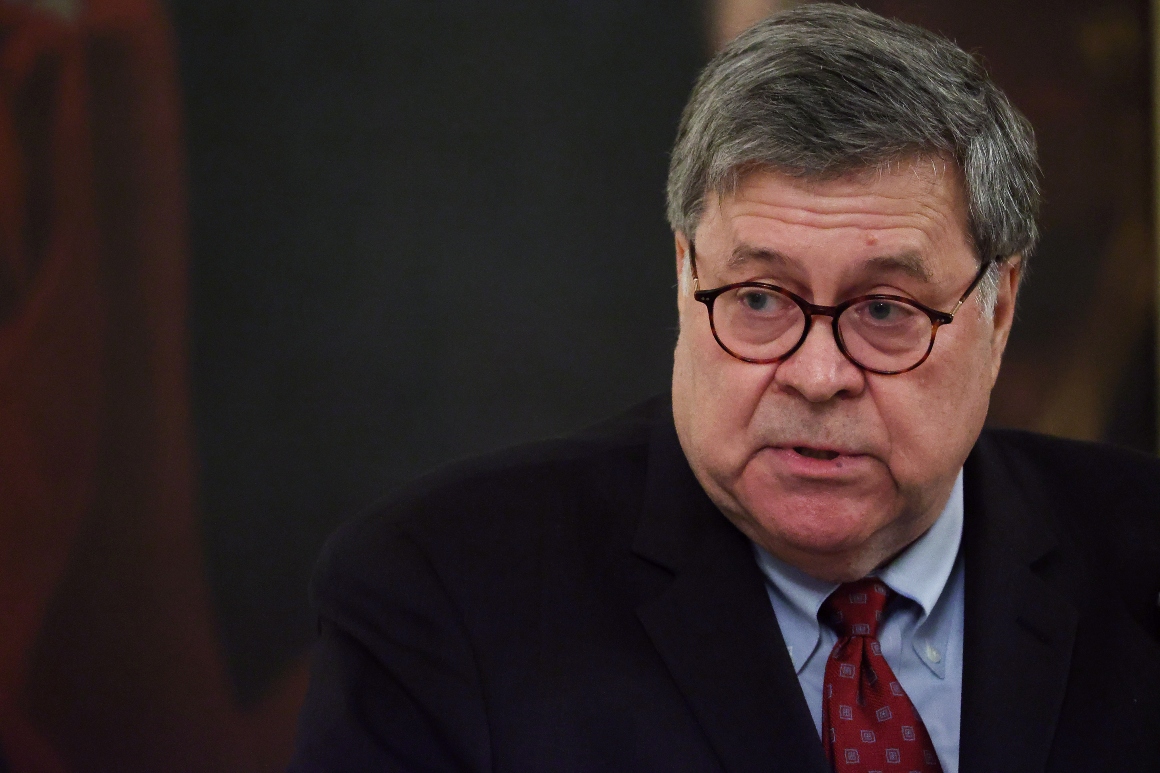 Late last month, Attorney General Bill Barr quietly reopened a sprawling case that spans four decades and two continents. It involves the killing of a president, a decades-old death sentence, and a hard-fought battle for asylum pitting a former Bangladeshi military officer against the U.S. Department of Homeland Security.

For almost 15 years, the case was closed. But now, thanks to Barr, it’s back. And immigration lawyers say the move sends a chilling message to people who have received asylum in the U.S. It signals, they argue, that even after years of successful legal battles, any protection could still be revoked out of the blue.

They also say the move’s timing is inscrutable. The legal team for the military officer––wanted by Bangladesh’s government for decades––says they suspect foul play, and that if the U.S. deports him, he is all but certain to be executed.

“It’s purely a favor the Trump administration is doing for Bangladesh,” said Marc Van Der Hout, a lawyer for the man in question, Rashed Chowdhury. “And the question is, why are they doing it?”

Bangladesh’s government has for years been open about its efforts to persuade the U.S. to extradite Chowdhury––who they call a cold-blooded assassin. And there’s no question they will be delighted by Barr’s move.

What’s less clear is why, exactly, the attorney general re-opened the case––and what he plans to do next. This story is based on exclusive interviews and legal documents reviewed by POLITICO.


The story starts in 1975, when Chowdhury was on hiatus from service in the Bangladeshi army. The country had just won independence from Pakistan, and its first leader––Sheikh Mujibir Rahman, known as Sheikh Mujib––had already made enemies. He’s often called “The Father of the Nation” in Bangladesh. But he also had an authoritarian streak, according to reports from human rights investigators cited by U.S. judges. During his presidency, the Bangladeshi government suspended its constitution, banned opposition parties, shuttered newspapers, and imprisoned critics. “[P]eaceful means of political change were not available to opponents of Sheikh Mujib’s regime in August 1975,” wrote a U.S. immigration judge.

In the early hours of August 15, 1975, Chowdhury learned from fellow military officers that they were about to launch a coup to depose the president. A few hours later, Chowdhury has testified in U.S. immigration court, the coup was on. Chowdhury was dispatched to lead the effort to seize control of a key radio station. As dawn broke, the station’s guards voluntarily surrendered to Chowdhury and his men. Meanwhile, Chowdhury testified, other coup participants killed the president and many of his family members, including a ten-year-old child and a pregnant woman. Two of Mujib’s daughters survived because they were on vacation in Europe.

READ:  U.S. is 'gravely concerned' by reports of abuses in Ethiopia

Judge Phan Quang Tue, who heard Chowdhury’s testimony, deemed it credible and gave it “full evidentiary weight,” concluding he was “a last-minute inductee who played a relatively minor role” in the coup.

Chowdhury maintains––and immigration judges agreed––that he had no role in the killings. And shortly after the coup, Bangladesh amended its constitution to grant immunity to the coup’s participants. For two decades after the coup, he worked as a diplomat, stationed in Bangladesh’s embassies around the world. Then, in 1996, Bangladesh elected one of Mujib’s surviving daughters as president, and its parliament in 1997 revoked the coup plotters’ immunity. That new president, Sheikh Hasina, launched a campaign to punish those involved in her father’s killing.

When Hasina was elected, Chowdhury was the top diplomat at Bangladesh’s embassy in Brazil––and was soon summoned home. Instead, fearing reprisal, he fled to the United States with his wife and son.

But the new Bangladeshi government didn’t give up. Instead, they tried Chowdhury and 18 other people in absentia for crimes related to the coup. A senior Bangladeshi police official advised against charging Chowdhury, but despite that he and numerous other defendants were convicted and sentenced to death. Several have already been executed. A witness who signed a document saying Chowdhury participated in the killings later recanted the testimony, according to a U.S. immigration judge’s ruling; the witness said he was tortured before signing the paper, which he hadn’t been allowed to read.

Chowdhury and his family arrived in the U.S. in 1996 on visitors’ visas. Within two months, they’d applied for asylum. That’s where the Justice Department comes in. America’s immigration courts aren’t part of the Judicial Branch. Instead, the system that determines who gets to stay here is part of the DOJ, with the attorney general as the ultimate authority (though migrants can appeal his or her determinations to federal appellate courts). The immigration courts are massively backlogged, and adjudicating asylum claims can take many years.

That’s how it went for Chowdhury. Nearly 10 years after he arrived in the U.S., an immigration judge granted him asylum. But the Department of Homeland Security (DHS), which handles any U.S. government arguments against immigrants’ efforts to stay in the U.S., appealed the judge’s ruling. DHS lawyers argued his participation in the coup should disqualify him from receiving asylum.

So DOJ’s Board of Immigration Appeals––which oversees the immigration judges and has the power to reverse their decisions––took up the case. In 2006, the board sided with the judge, and concluded Chowdhury deserved asylum.

But there was still one open question: Had Chowdhury violated U.S. anti-terrorism laws? So the board sent the case back to the immigration judge to re-examine that issue. The immigration judge found no issue with granting him asylum, and Chowdhury’s lawyers assumed the matter was totally resolved.

In the meantime, Sheikh Hasina’s government has been lobbying hard for Chowdhury’s extradition. The New York Times opinion section even ran an op-ed on Nov. 7 2016 by Hasina’s son calling Chowdhury a “killer” and urging the U.S. to extradite him so he could face the death penalty. It also said his trial was fair.

For years, the effort bore no fruit. But under the Trump administration, the government of Bangladesh has sounded optimistic notes. In 2018, Bangladeshi diplomats boasted on the record to The Daily Caller that they had “received encouraging signs the Trump administration will extradite Chowdhury to Bangladesh.” And last November, Bangladesh’s foreign minister said a senior U.S. diplomat––Alice Wells, a career official who has since left government––asked him for documents related to Chowdhury’s trial so the U.S. could review them. In April of this year, Bangladesh’s foreign minister reportedly pressed the U.S. ambassador in Dakha on Chowdhury’s case.

And by last month, something had changed. On June 17, Barr directed the Board of Immigration Appeals to send Chowdhury’s case to him for review––making clear he would re-open the matter that had been decided more than a decade earlier. The document in which the attorney general made this move doesn’t include Chowdhury’s name. But it refers to “the matter of A-M-R-C,” using his full initials. And the details of the case described in Barr’s announcement match Chowdhury’s.

Barr’s move is the first step in a process that could result in Chowdhury losing asylum after more than a decade and potentially facing deportation.

Chowdhury’s legal team calls the move deeply concerning. Marc Van Der Hout of Van Der Hout LLP, who represents Chowdhury along with counsel from Morrison & Foerster’s San Francisco office, said they believe Barr has likely already decided to overturn the immigration court’s decision to grant him asylum. If Barr didn’t disagree with the judges’ findings in Chowdhury’s favor, Van Der Hout said, he would have no reason to reopen the case.


“There is no doubt in my mind that this is a foregone conclusion,” Van Der Hout told POLITICO. “He’s doing the recertification and asking for briefs on this for appearance only. There’s no reason that he would have reopened this case if not to overturn the BIA decision.”

Others also say the move sends a chilling signal to immigrants living in the U.S. Jeremy McKinney, the first vice president of the American Immigration Lawyers Association,

“Taking anyone’s immigration case more than a decade after the issue has been resolved and deciding to reopen it is disturbing to our association,” he said, “and we think it should be disturbing to all stakeholders before the immigration court, not simply the foreign nationals that appear before immigration judges, but even the DHS, to think that nothing can truly be final.”

And he said the abrupt reopening doesn’t make sense.

“I’ve been practicing immigration law for more than two decades, and I had never seen someone’s case pulled out of the storage and dusted off for readjudication over a decade later,” he said. “I’ve never seen anything like that.”