If Trump rejects it, a new round of aid could be delayed until after Biden is sworn in. 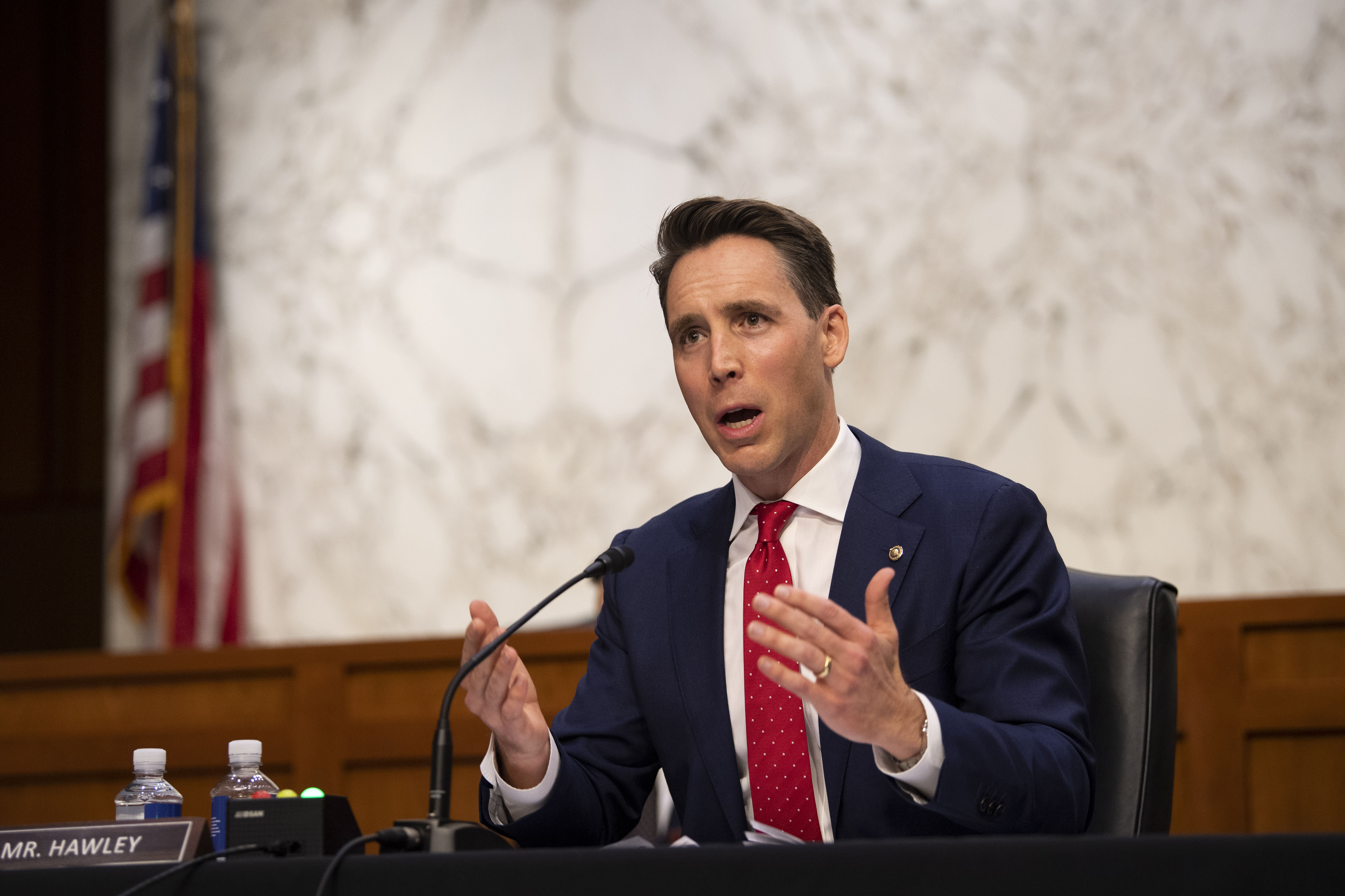 Sen. Josh Hawley is not happy that the leading coronavirus proposals lack another round of direct payments to Americans — and he’s taking his case straight to President Donald Trump.

The Missouri Republican lobbied Trump to veto any coronavirus aid bill that does not contain a second tranche of checks to Americans in a phone call on Saturday. And Hawley said the president listened intently as he flew home on Air Force One from a rally in Georgia.

“I said, ‘I think it's vital that any relief include direct payments, and I'm not gonna vote for it if it doesn't.’ And I also urged him to veto any bill that did not have direct payments in it,” Hawley said in an interview on Monday.

Hawley argues that it is “wild” that a Senate GOP proposal and a bipartisan $908 billion plan offers aid but doesn’t include more checks like those $1,200 payments in March’s massive CARES Act package. And he said Trump seemed receptive to the argument.

“We had a good conversation about it. And, you know, a pretty thorough conversation. He asked a number of questions about the state of play of the different proposals. And I think it's fair to say that he was surprised at the direction that some of these were headed,” Hawley said.

The White House declined to comment on Hawley’s conversation with Trump. Judd Deere, a White House spokesperson, said, “President Trump understands that Americans are hurting and need relief, which is why the White House continues to engage with those in congressional leadership who are serious about moving quickly to approve billions in aid.”

If Trump were to take an antagonistic approach toward a bipartisan, bicameral proposal of $908 billion in new aid, it could easily sink the effort and delay a new round of relief until Joe Biden is sworn in as president in January. Trump, who hasn’t been deeply involved in talks since negotiations broke down before the election, seemed to bless the bipartisan effort last week, buoying Republicans like Sen. Bill Cassidy of Louisiana who are trying to strike a compromise. But that support is now in question.

Hawley argued it’s not too late to change course and that direct payments should be the “cornerstone” of any package, not something that’s viewed as too expensive to tack onto money for governments, hospitals and schools. The House Democrat's relief proposals, which Senate Republicans have rejected, include direct payments to Americans.

And it’s not just Trump who is interested. Sen. Bernie Sanders (I-Vt.) also spoke to Hawley on Saturday about the need to focus on payments to Americans. Both oppose efforts from centrists that leave this provision out.

“Getting the $1,200 direct payments to workers during this unprecedented crisis should be a slam dunk. Sen. Hawley seems to understand that, and Sen. Sanders will talk to anyone to get this done,” said Faiz Shakir, who managed Sanders’ presidential campaign.

Adding payments into the mix now could complicate the fragile framework that Republican and Democratic negotiators are trying to finalize into legislative text by mid-week. That effort includes money for state and local governments and gives a temporary liability shield to business from coronavirus legislation, an attempt to triangulate the disagreements between Senate Majority Leader Mitch McConnell (R-Ky.) and Speaker Nancy Pelosi (D-Calif.). McConnell has also put forward a smaller bill that he says the president would sign.

But Hawley, who is a close ally of Trump’s, says all those proposals have it backwards.