“This body is terrified about being held accountable for anything on subject,” he says. 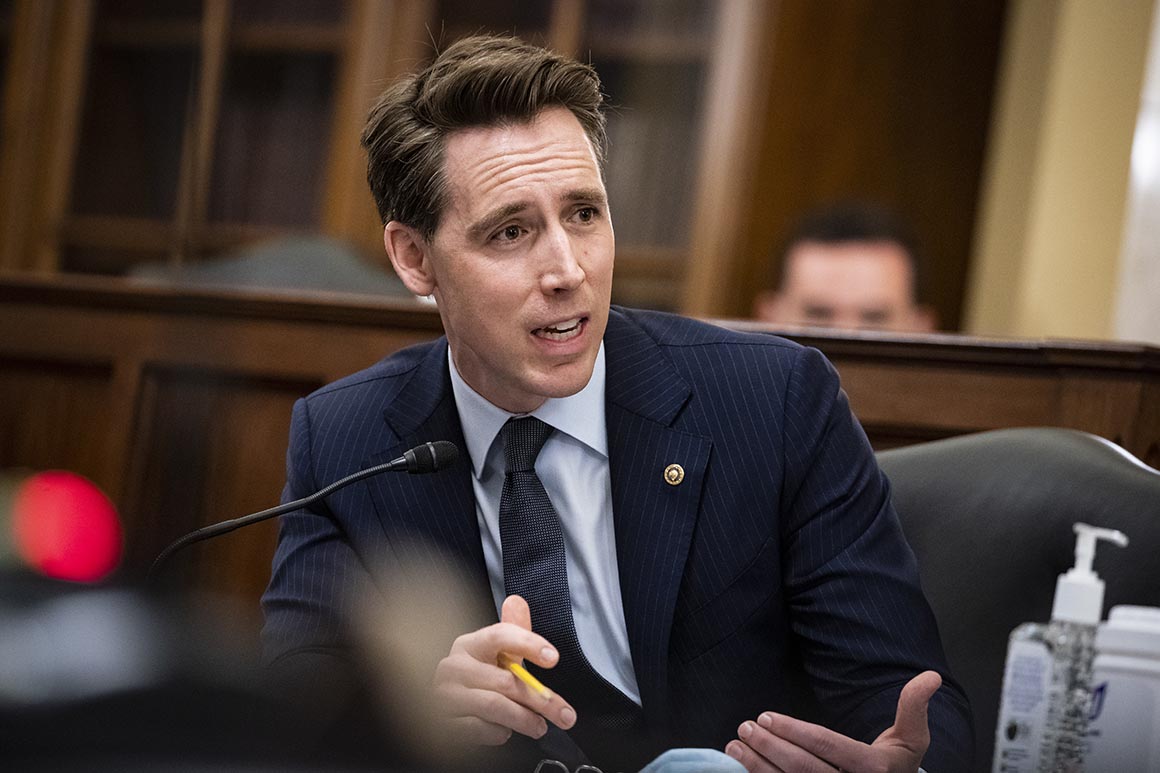 Sen. Josh Hawley had a stunning view of the Supreme Court’s decision extending new protections to LGTBQ workers: It “represents the end of the conservative legal movement.”

Though careful not to criticize any sitting justices by name or even the policy they were responding to, the Missouri Republican teed off on the system that he claims created the decision, which he repeatedly called a “piece of legislation.” Declaring that “Congress has pointedly declined” to address employment discrimination on the basis of gender and sexual orientation, Hawley said foot-dragging in the Senate and House has led to too much power for the courts.

So even as he lit into the courts, he criticized his colleagues, as well.

“Every honest person knows that the laws in this country today, they are made almost entirely by unelected bureaucrats and courts. They are not made by this body. Why not? Because this body doesn’t want to make law,” Hawley said. “This body is terrified about being held accountable for anything on subject.”

While most Senate Republicans were comfortable with the majority opinion written by Justice Neil Gorsuch, an appointee of President Donald Trump, Hawley and Sen. Ted Cruz (R-Texas) were among the senators griping about the court’s ruling on Monday. And Hawley said the 6-3 decision on Monday to extend provisions of the Civil Rights Act of 1964 to gay and transgender people means religious conservatives are getting the raw end of the deal.

In what amounted to a stinging rebuke of the GOP coalition, Hawley took one more step closer on Tuesday to sketching out a likely future presidential bid heavy on populism and filled with scathing critiques of the Republican establishment.

READ:  WATCH: The GOP civil war is heating up

Explaining that the religious right supports GOP leadership in return for judges who protect religious freedom, Hawley concluded “the bargain that has been offered to religious conservatives for years now is a bad one. It’s time to reject it."

“We’re supposed to keep our mouth shut while the party establishment pursues ruinous trade policies. We’re supposed to keep our mouths shut while those at the upper end of the income bracket get all the attention,” he said. “Because there would be pro-Constitution religious liberty judges? Except for they aren’t. These judges don’t follow the Constitution.”

Perhaps more than any 2018 candidate, Hawley ousted his opponent Sen. Claire McCaskill (D-Mo.) over her opposition to Trump's Supreme Court nominees. And Hawley’s criticisms won’t just rattle around the Senate -- they’ll also be heard across the street at the Supreme Court. Hawley once clerked for Chief Justice John Roberts -- who joined Gorsuch on the majority opinion on Monday.