The vice president confirmed she was the last person in the room before Biden made the decision to move forward with withdrawing U.S. troops. 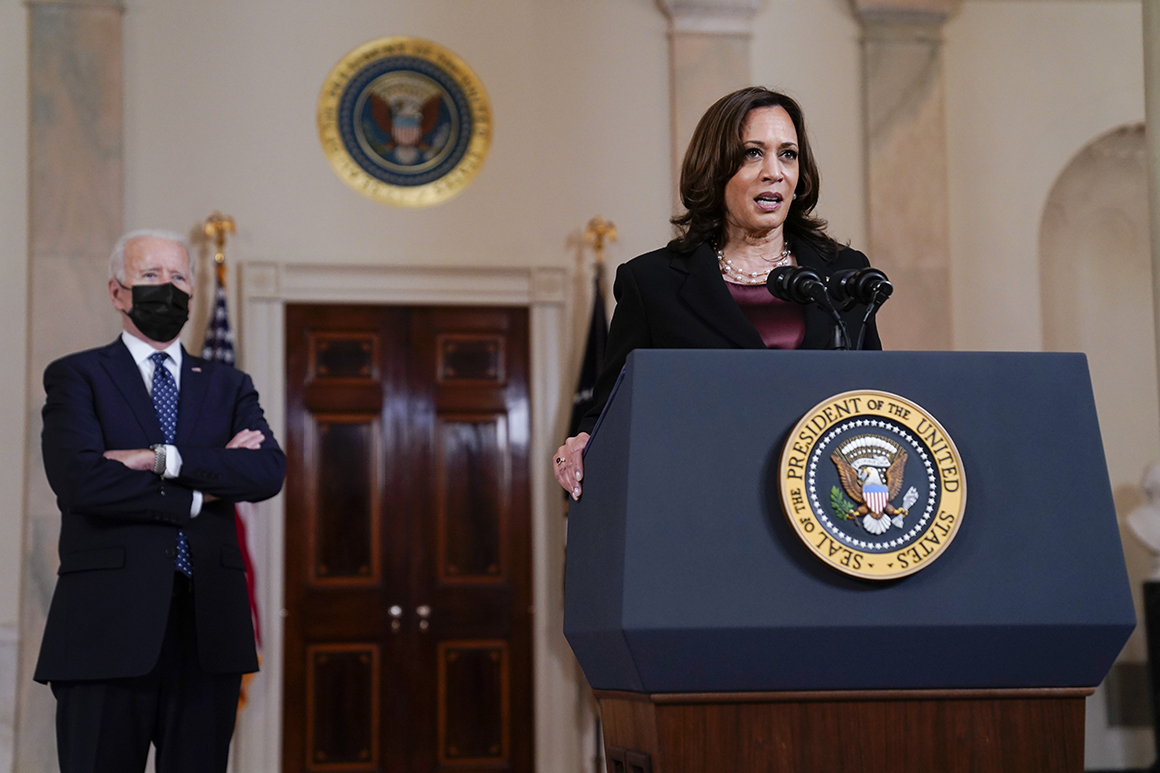 Vice President Kamala Harris confirmed Sunday that she was the last person in the room before President Joe Biden made the decision to pull all U.S. troops out of Afghanistan.

In an interview with CNN’s Dana Bash on “State of the Union,” Harris was asked about being the last person in the room regarding major decisions, something that Biden has said is important to him in his working relationship with the vice president. Harris confirmed that was the case regarding the move to pull U.S. troops out of Afghanistan by Sept. 11.

The decision to pull all U.S. troops out of Afghanistan was announced earlier this month. American troops have been in Afghanistan since October 2001, when the U.S. invaded in response to the 9/11 attacks the previous month.

“This is a president who has an extraordinary amount of courage,” she said, regarding the decision. “He is someone, who I have seen over and over again, make decisions based on what he truly believes ... is the right thing to do.”

Harris said that Biden “is acutely aware that it may not be politically popular, or advantageous for him personally; it’s really something to see.”

“I have seen him over and over again make decisions based exactly on what he believes is right,” she noted.