The Housing and Urban Development secretary weighed in on the Ohio Senate race during an appearance at the White House in March. 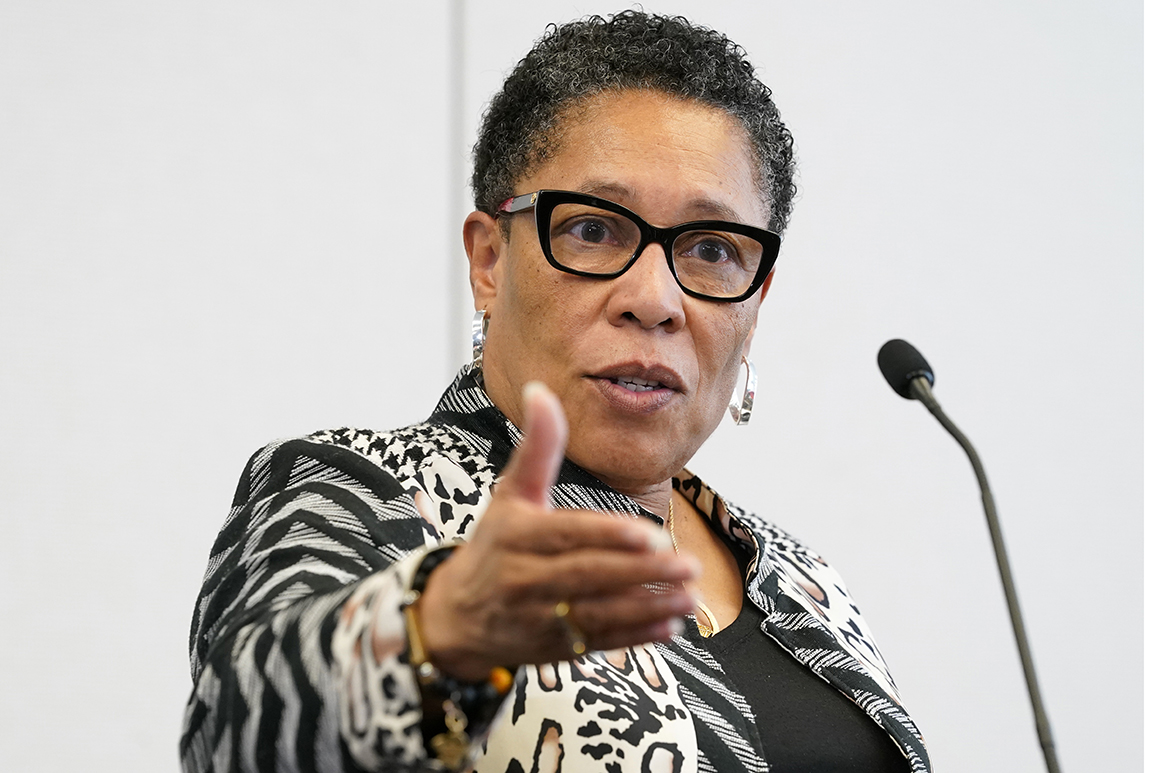 The Office of Special Counsel, an independent federal investigative agency, has concluded that Housing and Urban Development Secretary Marcia Fudge violated the Hatch Act earlier this year when she opined on the 2022 Ohio Senate election, according to a letter obtained by POLITICO.

In a March 18 White House press briefing, Fudge, a former Democratic congresswoman from Ohio, was asked whether she wanted to weigh in on who should succeed her in the district’s open congressional seat. “No,” she said, with a smile. But when a reporter followed up by asking her about the Senate race in her home state, she responded that she had two friends, Rep. Tim Ryan (D-Ohio) and Dayton Mayor Nan Whaley, who were thinking of running. Both have since launched statewide campaigns, although Whaley is running for governor instead.

The conservative watchdog group Americans for Public Trust promptly filed a complaint about Fudge’s comments with the Special Counsel’s Office, asking for an investigation into whether Fudge had violated the Hatch Act, which prohibits executive branch employees from engaging in political activities while on the job.

The day after she appeared at the White House briefing, Fudge issued a statement saying: “I acknowledge that I should have stuck with my first instinct and not answered the question. I take these things seriously and I want to assure the American people that I am focused on meeting the needs of our country.”

READ:  Trump carries on a fight everyone else is abandoning

In a response to the Hatch Act complaint, Ana Galindo-Marrone, the chief of OSC’s Hatch Act Unit, said in a letter Thursday that they had investigated the matter and concluded that Fudge violated the act and had issued a warning letter to her.

“By stating, for example, that ‘we have a good shot at it’ and ‘I believe we can win the Senate race,’ Secretary Fudge showed support for the Democratic Party with respect to the Ohio Senate race while speaking in her official capacity,” Galindo-Marrone wrote to Caitlin Sutherland, executive director of Americans for Public Trust.

The independent federal investigative and prosecutorial agency said that since Fudge had expressed remorse about her statement and that HUD ethics officials had “counseled” her about the importance of following the Hatch Act, OSC only issued her a warning letter and closed the matter.

“Please note that Secretary Fudge has been advised that if in the future she engages in prohibited political activity we will consider such activity to be a willful and knowing violation of the law that could result in further action,” Galindo-Marrone wrote.

When asked for comment, White House spokesperson Andrew Bates and HUD spokesperson Meaghan Lynch both referred POLITICO to Fudge’s statement saying she should not have answered the question.

Fudge’s Hatch Act violation appears to be the first such violation in the Biden administration. Hatch Act complaints, investigations and determinations were a regular occurrence during the Trump administration, but no officials ever faced serious punishment. Among the Trump officials who violated the act included counselor Kellyanne Conway, trade adviser Peter Navarro< and Ambassador to Denmark Carla Sands.