It took less than 24 hours for Democrats’ planned “two-track” strategy to rile up Republicans. 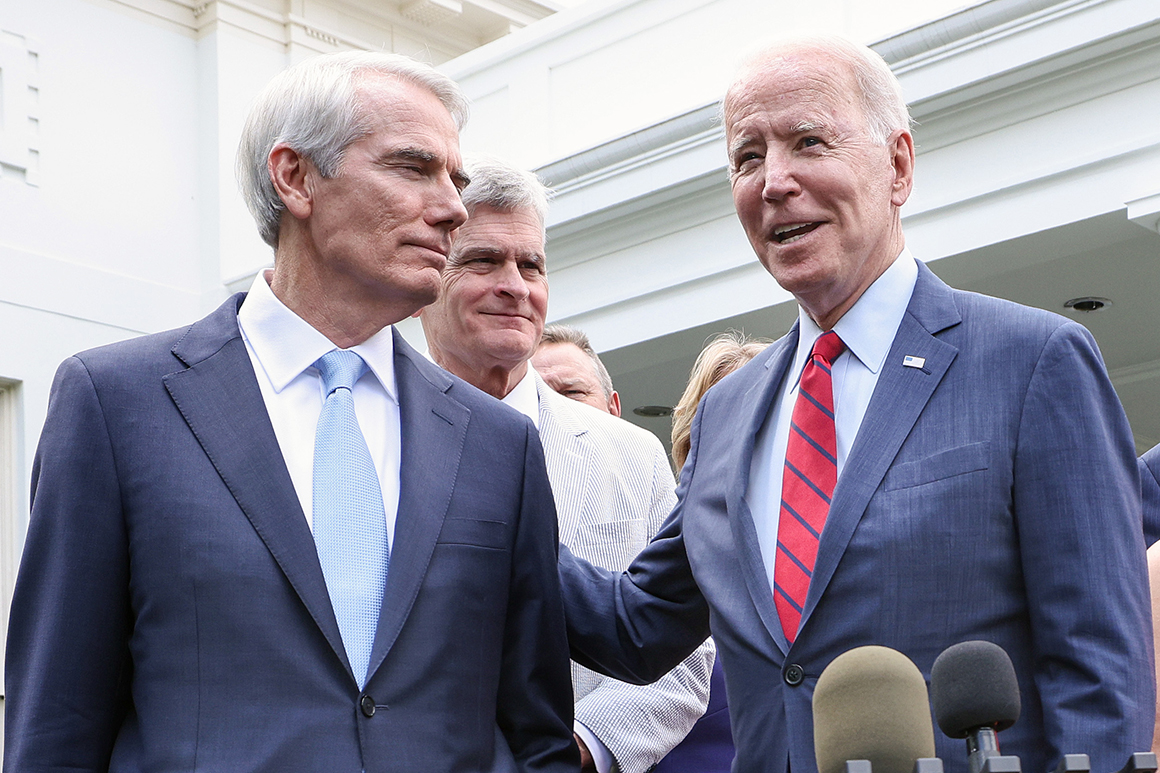 Senate Republicans who negotiated an infrastructure deal with President Joe Biden celebrated Thursday, then woke up angry on Friday.

The five GOP senators who cut a deal with moderate Democrats and the president are frustrated that Biden explicitly tied his signature on a bipartisan infrastructure bill to a separate Democrats-only measure, according to three Republican aides familiar with the dynamics.

Biden said of the bipartisan deal yesterday that if this "is the only one that comes to me, I’m not signing it." The president added that his support for the nearly $1 trillion infrastructure deal is contingent upon it passing "in tandem" with a bigger bill that's shaped without GOP input.

Liberals have protested the bipartisan deal's potential passage unless it is married with a spending bill running into the trillions and tackling climate change, prescription drugs, Medicare expansion and many more of the Democratic Party's progressive priorities.

Republicans were always aware that Democrats might try and pass that bigger bill using the filibuster protections of the budget. Several in the GOP recently shrugged off the possibility as something they have no control over. But Biden's clear vow to hold up any bipartisan infrastructure bill Congress passes until he gets the Democratic proposal done is viewed as a potential dealbreaker for these Republicans.

One aide said that clearly linking the two infrastructure bills was never discussed — not within the group of 10 senators who met Biden on Thursday, the bigger group of 21 senators who endorsed their work, or with the White House. A second aide said that frustrations run far deeper than Sen. Lindsey Graham (R-S.C.), who began griping publicly late Thursday.

"In endorsing the deal, Biden praised the group for 'keeping their word,' but then immediately broke his," said a third Republican aide.

If the Republicans were to pull their support, it would yank the rug out from under Biden after his victory lap for bipartisanship. And it would leave Democrats to come up with their own proposal.

The Democratic majorities in Congress have been pursuing a two-track approach for several weeks. Party leaders have declared that the bipartisan deal offering $579 billion in new spending would never pass without being paired with the larger, Democratic-only bill.

The Republicans who met with Biden on Thursday were Sens. Rob Portman of Ohio, Susan Collins of Maine, Lisa Murkowski of Alaska, Bill Cassidy of Louisiana and Mitt Romney of Utah.