“It’s important that we recognize that all Americans have equal rights under our Constitution,” said Sen. Deb Fischer. 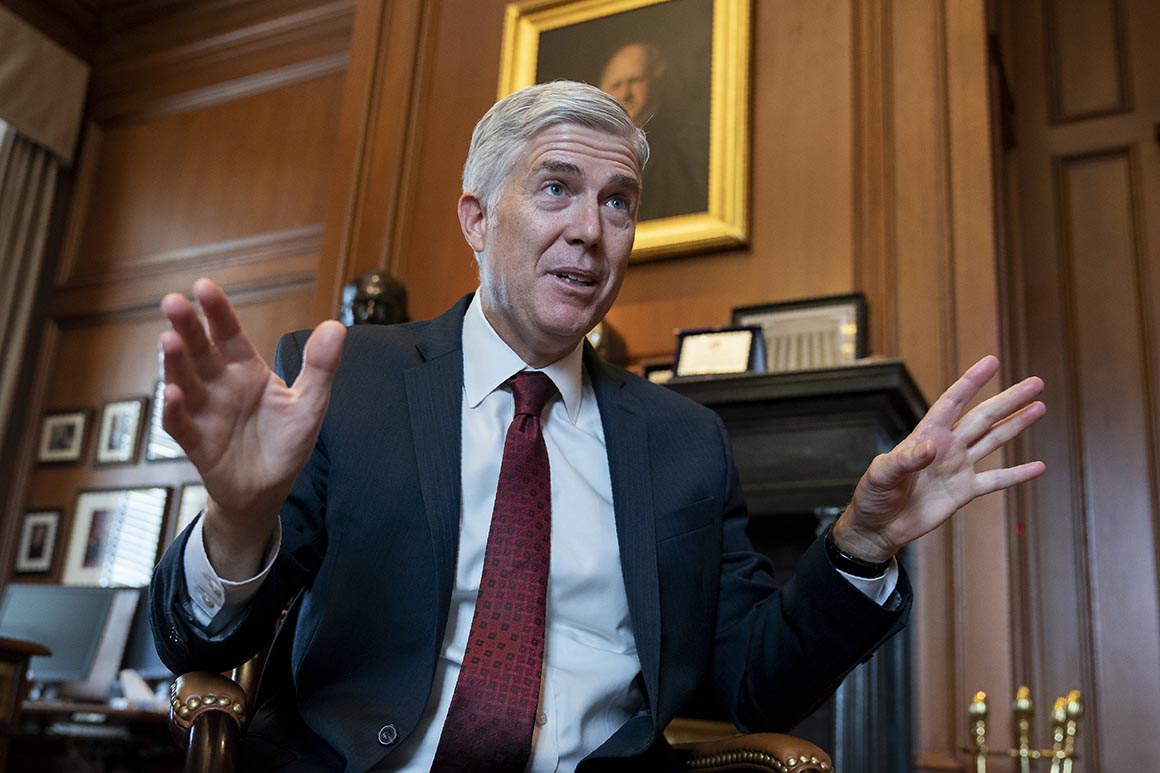 Conservatives are seething over Justice Neil Gorsuch’s opinion that cemented new protections for LGBTQ people. The Senate Republicans that confirmed him? Not so much.

Seven years ago, just nine Senate Republicans supported a bill codifying workplace protections on the basis of sexual orientation. And after it passed the Senate, the GOP-controlled House never took it up.

But on Monday the Republican Party seemed generally supportive of both the substance and process by which the Supreme Court extended the Civil Rights Act to gay, lesbian and transgender workers. President Donald Trump declined to trash the decision, calling it “powerful” — and his party largely agreed with the Supreme Court’s surprising ruling.

“It’s important that we recognize that all Americans have equal rights under our Constitution,” said conservative Sen. Deb Fischer (R-Neb.). “I’m fine with it.”

Plus, the decision by the Supreme Court potentially takes away a divisive social issue for Congress to have to take up, especially five months before the 2020 elections. Congress has repeatedly failed to address the issue.

The Democratic Senate’s 2013 passage of the Employment Non-Discrimination Act was the last serious effort in the Senate at legislating on LGBTQ issues and just four GOP senators that supported that bill remain in office. The Republican Senate has shied away from taking up the matter, a reflection of divisions in the GOP over how —or wheth to — address the issue.

“It’s the law of the land. And it probably makes uniform what a lot of states have already done. And probably negates Congress’s necessity for acting,” said Sen. Chuck Grassley (R-Iowa), who ran the Senate Judiciary Committee when it confirmed Gorsuch. He said he was not disappointed in Gorsuch’s decision. Besides Gorsuch, Chief Justice John Roberts also joined the court’s Democrat-appointed justices in the 6-3 ruling.

READ:  Everybody loves Tony: New secretary of State gets high marks — for now 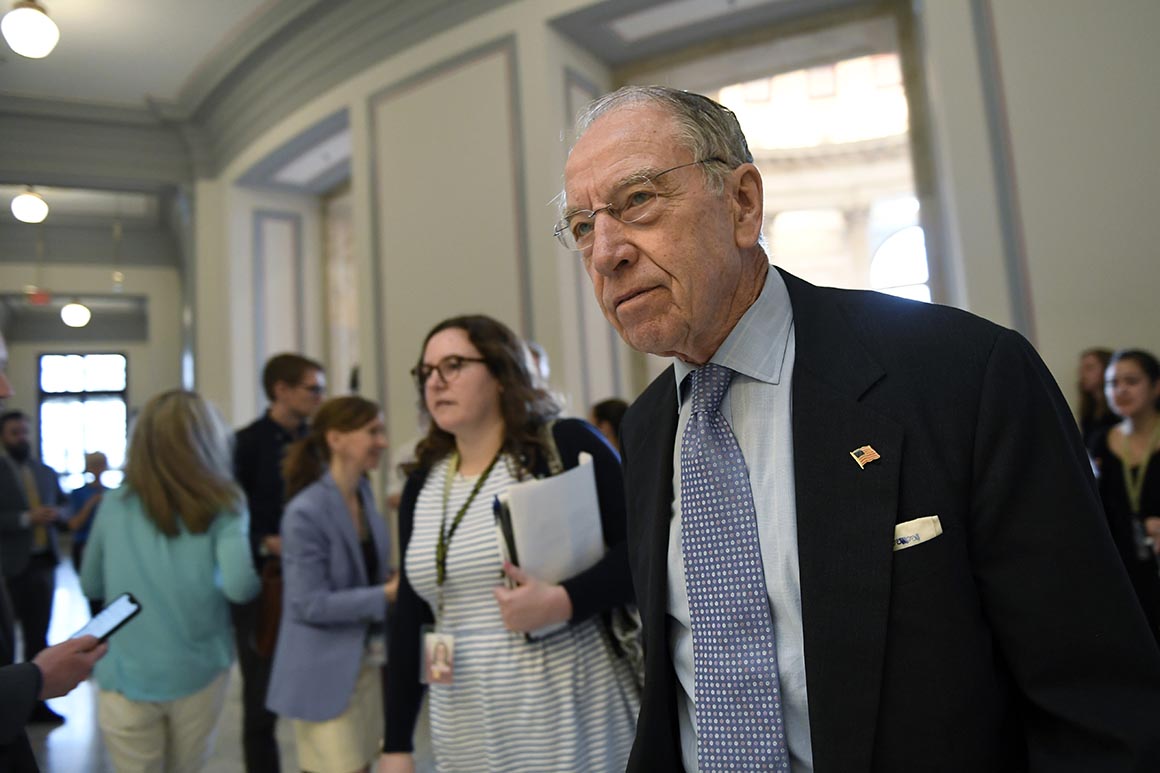 But many conservatives in the Republican coalition were furious about Gorsuch’s opinion, which came just two days after Rep. Denver Riggleman (R-Va.) lost the GOP nomination in part because he presided over a gay wedding.

Carrie Severino, who is the president of the conservative legal advocacy group Judicial Crisis Network, said that “Justice Scalia would be disappointed that his successor has bungled textualism so badly today, for the sake of appealing to college campuses and editorial boards.” The group spent millions to confirm Gorsuch and block the appointment of Merrick Garland in 2016.

“This judicial rewriting of our laws short-circuited the legislative process and the authority of the electorate,” he said. “Six un-elected and unaccountable judges instead took it upon themselves to act as legislators, and that undermines our democratic process.”

And the president of the evangelical activist group Family Research Council, Tony Perkins, said the Court’s effort “to rewrite the Civil Rights Act to add gender identity and sexual orientation as protected classes poses a grave threat to religious liberty.” Sean Davis, a writer for the Federalist, said conservatives need to start picking individuals who will vote correctly.”

But that’s certainly not how most Senate Republicans see it. They not only defended Gorsuch but also said that justices shouldn’t be automatically expected to rule one way or the other.

While most Democrats dismissed Gorsuch’s claims of judicial independence during his 2017 confirmation, Republicans said his leadership on the LGBTQ issue confirms that Gorsuch is his own judge.

“It demonstrated Gorsuch’s independence,” said Senate Majority Whip John Thune (R-S.D.). “The country’s obviously changed a lot on that issue. And I assume that he looked at the facts and the law and that’s the conclusion he came to. And that’s what, when we nominated him and confirmed him, we wanted him to.”


Even those that disagreed with the court’s decision took far more issue with the process than the substance. Sen. Mitt Romney (R-Utah) said no one should lose their job on the basis of sexual orientation but that he wished the “decision would have been reached by Congress rather than the court.”

“The court is legislating what they think is good policy. And that, to me though, that's really not their role. I mean I don't particularly care about their views on policy,” said Sen. Josh Hawley (R-Mo.), a former Supreme Court clerk. “The right answer is ‘over to Congress’ to do something about it.”

Still, the Supreme Court thrusting difficult issues on Congress isn’t always successful either. In 2013 the Supreme Court struck down key parts of the Voting Rights Act, asking Congress to write a new law if lawmakers believed voting rights were still an issue. Congress has not addressed it.

Just like the court’s gay marriage decision in 2015, the decision on gay and transgender rights could be the last word on an issue that the federal legislature avoided. And the finality of the Supreme Court’s view relieved the handful of long-time GOP proponents of ending discrimination of LGBTQ people via legislation.

“It may change some of the dynamics around here,” said Sen. Rob Portman (R-Ohio). “Now there’s a Supreme Court case [with] the Civil Rights Act applying to some of the discrimination on the basis of sexual orientation. So it’s a big deal.”

Andrew Desiderio contributed to this report.