The legislation would also strip away some of the secretary of state’s power. 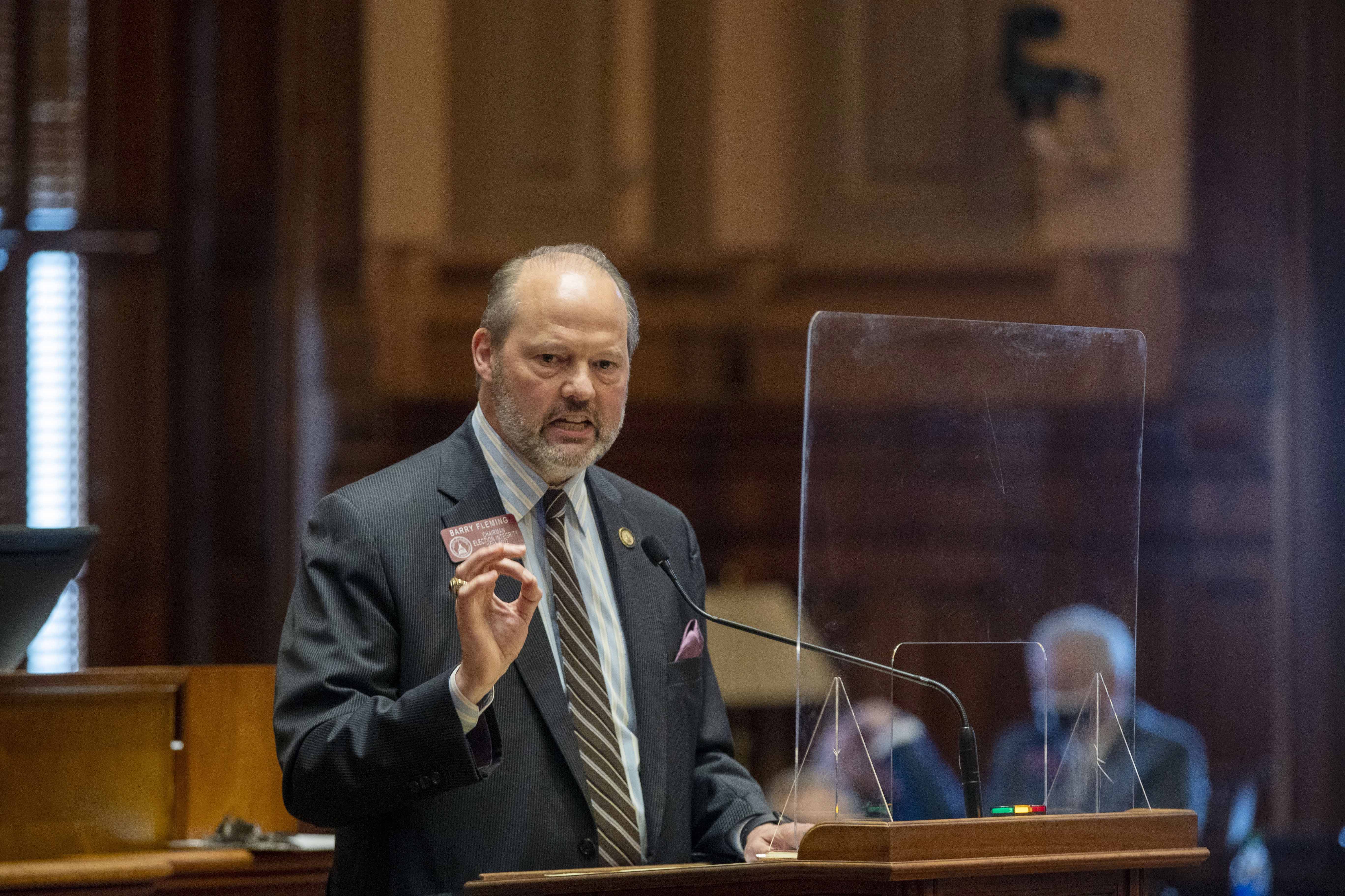 Republicans in the Georgia legislature have passed a sweeping elections bill that would add an ID requirement to absentee ballots, shorten runoffs in the state after two high-profile Republican losses and strip the secretary of state off the state election board.

The bill heads to the desk of Georgia Gov. Brian Kemp, a Republican, for his signature. Kemp signaled support for several of the provisions within the bill earlier in the day.

“We're securing the vote,” Kemp said in an interview on Fox News. “Everybody wants to have confidence in the elections. I believe that's what we're doing in Georgia.”

The battle over voter access has been under an intense spotlight in Georgia. After his loss in the state in 2020, former President Donald Trump spread conspiracy theories about the election. Republican supporters of the former president latched on to his claims and sought to change election laws in Georgia and elsewhere in the name of election security, but the bills often would result in making it harder to vote.

Republican lawmakers in Georgia proposed some additional measures that would have drastically reduced access to the polls, which included rolling back no-excuse absentee voting and restricting Sunday voting, which is popular among Black voters during “Souls to the Polls” events. Neither of those measures were ultimately included in the package set for Kemp’s desk.

Georgia is the latest state to pass a sweeping elections package. In Iowa, Republicans passed a law that tightens the receipt window for absentee ballots, cuts the early in-person voting period from 29 days down to 20 and shaves off an hour of in-person voting on Election Day.

After Republicans considered ending Sunday voting, the Georgia bill does, however, ultimately expand in-person weekend voting. The bill requires two days of Saturday early voting and gives the option of two Sunday voting days. Many smaller counties in the state do not currently offer that much in the way of weekend voting.

The bill also adds an ID requirement to the process for requesting an absentee ballot, after previously only requiring voters to sign an application. It also narrows the time window during which ballots can be requested.

It also restricts the use of drop boxes in the state, mandating that each county have at least one drop box but then limiting any additional drop box totaling the “lesser of either one drop box for every 100,000 active registered voters in the county or the number of advance voting locations in the county.” The bill also requires that the drop boxes be located either at the office of the board of registrars or ballot clerk or inside early voting locations — and that they are closed when early voting isn’t being conducted.

It also bans the practice of “line warming,” which is providing people in voting lines food or drinks. During the Georgia primaries, voters waited in lines for many hours in some parts of the state, especially in and around Atlanta. Those lines were largely not replicated for the general election. There can still be “self-service water from an unattended receptacle” available to voters waiting in line.

Democrats and voting rights advocates have been deeply critical of the bill, saying that it restricts voters’ access to the polls and puts power over the elections into the hands of the legislature.


Republicans defended the bill under the banner of “election integrity.” A preamble to the bill says that “many electors [are] concerned about allegations of rampant voter fraud” — despite no evidence of that taking place — and voter suppression.

The bill also targets the power of the secretary of state and local elections boards. Secretary of State Brad Raffensperger, a Republican, was targeted by Trump and many Republicans in the state because he did not support Trump’s election fraud claims.

The bill removes the secretary of state as the chair of the state election board, making the position instead elected by the state General Assembly. This, effectively, turns the five-person board over to the state legislature, with the chairperson elected by both chambers and one member each appointed by each chamber. The bill also gives the state election board the ability to suspend county election officials, who are replaced by an individual picked by the board.

Raffensperger is facing a primary challenge from Trump-endorsed Rep. Jody Hice (R-Ga.), who has boosted the former president’s false narrative about the 2020 election.

The bill also shortens the runoff period in the state, after Republicans suffered a pair of high-profile losses earlier this year. Then-Republican Sens. David Perdue and Kelly Loeffler both finished ahead of their Democratic challengers in November, but now-Democratic Sens. Jon Ossoff and Raphael Warnock won the runoffs in January.

The bill shortens the runoff period from nine weeks to four weeks. That would shorten the early voting period in the state and give voters less time to mail their ballots back. It would also end all-party primaries for special elections.

Nick Niedzwiadek contributed to this report.