The U.S. pulled out of the U.N. Human Rights Council in 2018, did not participate in dramatic debate on racism within the country. 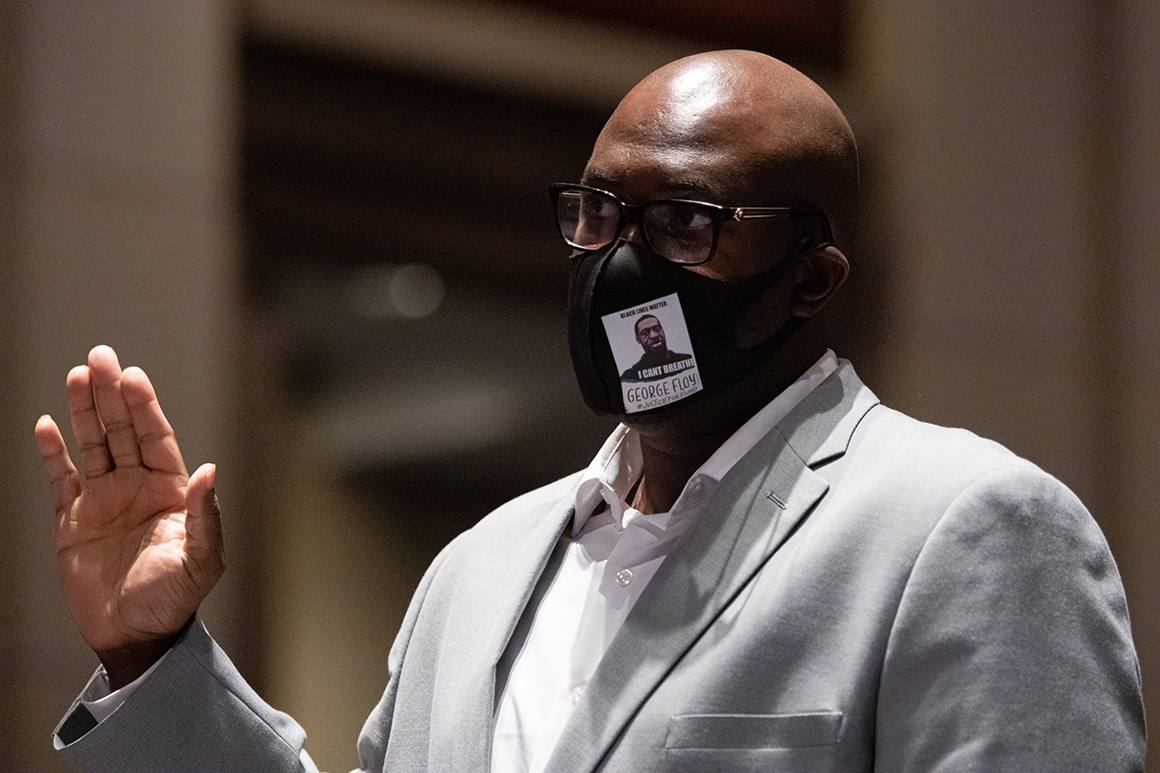 The family of George Floyd made a dramatic appeal to the United Nations today for the world to hold the United States accountable for police brutality and systemic racism.

Philonise Floyd, George Floyd’s brother, addressed a special meeting of the United Nations Human Rights Council in Geneva, Switzerland via video address, telling the assembled diplomats “my brother tortured and murdered on camera is the way black people are treated by police in America.”

“I am my brother’s keeper” Floyd continued. “You in the United Nations are our brothers’ and sisters’ keepers. I am asking you to help me get justice.”

The special session was held after 54 African countries called for a discussion on the “current racially inspired human rights violations, systematic racism, police brutality against people of African descent and violence against peaceful protests” in the United States. The two-day debate will continue tomorrow at 9 a.m. ET, after which the Council’s 47 members will vote on whether to establish an independent inquiry into U.S. racism and police brutality.

Dozens of speakers lashed out at the U.S. — the world’s most powerful country and the biggest financial contributor to the United Nations, overall — in a highly unusual diplomatic scene, chaired by Council President Elisabeth Tichy-Fisslberger of Austria.

At times the discussion turned into a platform for America’s foes, including Iran, which described George Floyd’s killing as a “public execution” at odds with Martin Luther King Jr.’s vision for a peaceful American society, and Cuba, which called severe racism “not the exception” but “part and parcel” of American life.

The debate was the realization of an effort begun by civil rights activist Malcolm X in 1964, when he urged African states to call out the U.S. over racism and government discrimination and brutality. Fifty-six years later, many of the same problems exist in the U.S. What’s changed is that African nations are now more established and organized at the United Nations, with more political capital to spend highlighting problems outside their own borders.

Speaking for the African Union group of 54 countries, the Central African Republic representative described George Floyd’s killing as “utterly unjustified,” while Somalia sought to put the issue in the context of other global challenges, calling racism “more dangerous than Covid-19.”

South Africa’s Phumzile Mlambo-Ngcuka — the executive director of UN Women — recalled her involvement in South Africa’s anti-Apartheid movement, and urged a similar international outcry at the situation in the United States.

The U.S. had no opportunity to respond. The Trump administration pulled the country out of the U.N. body in 2018, citing the prominent role played at the forum by notable human rights violators including Syria, Sudan and Saudi Arabia, and what Nikki Haley, then U.S. Ambassador to the U.N., described as the body’s “unending hostility towards Israel.” U.S. criticism of the Council dates back to its formation in 2006 when George W. Bush's Republican administration declined to take up a seat — a position reversed in 2009 by Democratic President Barack Obama.

Ambassador Andrew Bremberg, who heads the U.S. mission in Geneva, said in a statement that the U.S. "recognizes and is committed to addressing its shortcomings including racial discrimination." Bremberg added that "any (U.N.) resolution on this topic that calls out countries by name should be inclusive" of other countries with deep problems.

READ:  Whitmer to Trump: Talk about the pandemic, not me

Many of the speakers at today’s session, particularly U.S. allies, sought to emphasize that racism is not just an American problem but a global one. “None of our countries is immune” said Karin Bolin, Sweden’s representative.

Croatia spoke on behalf of 27 EU countries and a group of smaller European countries saying: “We need to look into our own souls” and “put an end to such hate crimes” and “remain vigilant against the excessive use of force,” Croatia said.

Speaking just before voting closed in the election for temporary members to the U.N. Security Council, Canada, one of the candidate countries, spoke about its own racism problem, rather than the situation in the U.S.

Canada’s representative said that “systemic racism” continues to be the reality of black Canadians, indigenous Canadians and other groups. “There are no easy fixes: it will require sustained commitment from all quarters of society”

Azerbaijan, on behalf of the 125 countries in the Non-Aligned Movement, complained about the increased use of “mass media” in disseminating hate speech, but was careful to emphasize that racism is a problem “in all spheres of life and in all parts of the world.”