The attorney general says he has barred such demands, but action by Congress is the only way to make protection ‘durable.’ 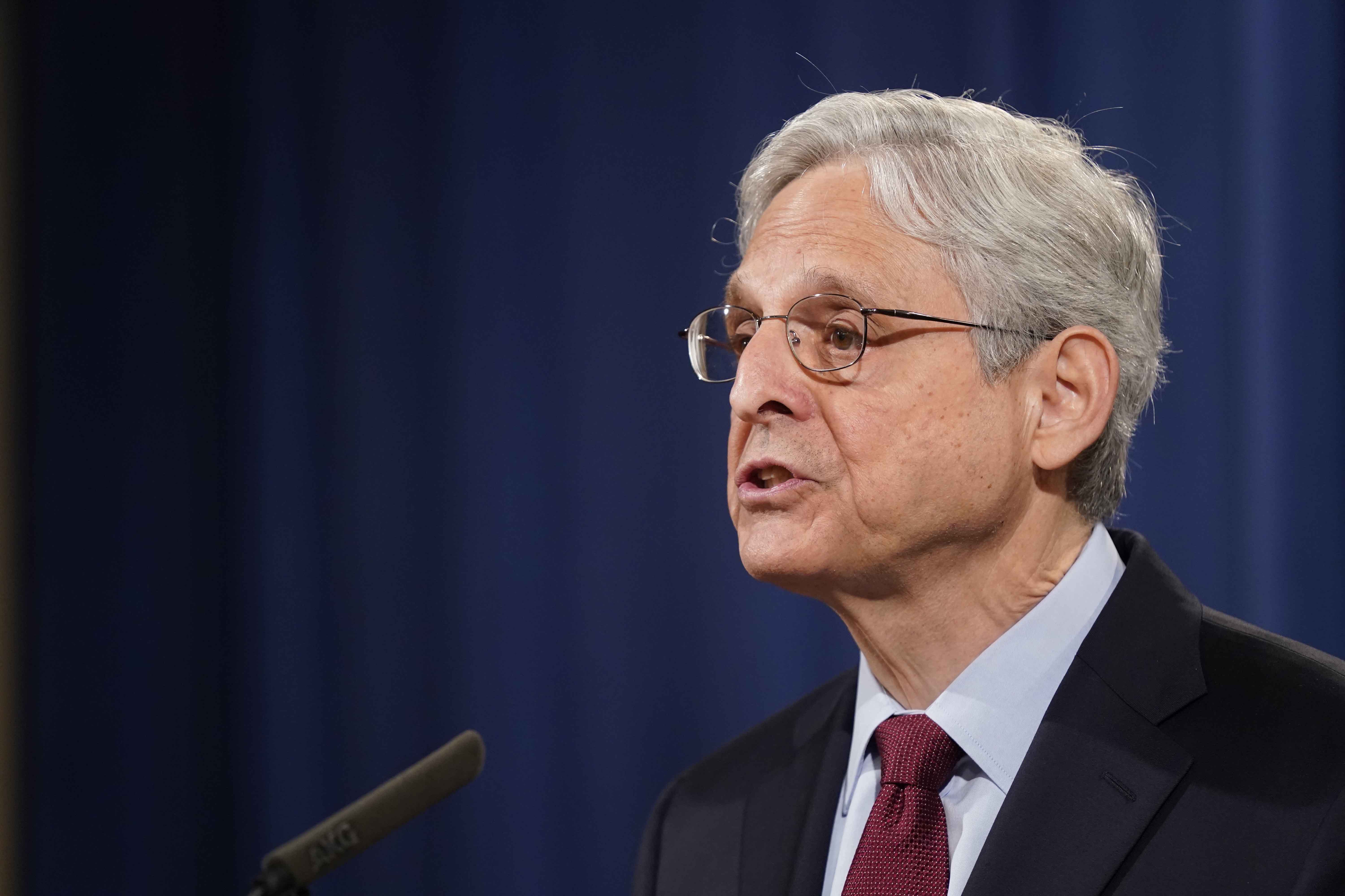 Attorney General Merrick Garland has endorsed the idea of legislation to create an enduring ban on federal prosecutors subpoenaing reporters or their phone or email records in federal investigations, but he stopped short of announcing an official endorsement on behalf of the Biden administration.

During a press conference at Justice Department headquarters Friday, Garland reiterated that he is planning both an informal directive and new regulations to implement the policy change he announced last month ending such demands. That move followed public statements from President Joe Biden expressing outrage at recent disclosures that the Justice Department sought phone and email records from The New York Times, The Washington Post and CNN reporters in connection with leak investigations.

However, Garland went further than he has publicly in the past by also backing in general terms the suggestion of many First Amendment advocates that such protections should be enshrined in law possibly as part of a reporters' shield law.

"You are right in suggesting that the only way to make it permanently durable is through legislation, and I personally will support working with Congress to develop legislation that would make protections for obtaining the press’ records part of the legislation," the attorney general said in response to a journalist's question on the topic.

While Garland's mention of engaging with Congress on the issue suggested some official interaction on behalf of the administration, his interjection that he was speaking "personally" created some ambiguity about whether he was announcing a formal stance on behalf if the administration.

A White House spokesperson did not immediately respond to a request for comment on that point.

Last month, the Justice Department formally notified reporters from the Times, the Post and CNN about secret efforts to obtain their phone and email records. In the case of the Times and CNN, the court orders prosecutors obtained also banned lawyers or top officials at the news outlets from disclosing the drive to obtain the call records and email headers containing information on which email accounts or phone numbers journalists were in contact with over several months.

Garland met with executives from the three news organizations last week and pledged to put the new policy into official Justice Department regulations. A spokesperson for press advocates said they welcomed that move but urged a more durable commitment. Neither side, however, said at that time that Garland had formally or informally endorsed the notion of codifying the protections in legislation.

It later emerged that some of the leak investigations also led to subpoenas seeking information on the email or phone contacts of congressional staffers and at least two members of Congress: Rep. Adam Schiff, who was the ranking Democrat on the House Intelligence Committee when the leak probes began and now serves as its chair, and Rep. Eric Swalwell, a member of the same panel. It's unclear whether the lawmakers, who have denied any wrongdoing, were ever the focus of the investigations or were simply swept up in an effort to pursue potential leads regarding Congressional aides.

In 2009, then-Attorney General Eric Holder endorsed a reporter's shield law that would have created statutory protections for reporters and their records in federal courts. The measure was similar to laws or court-ordered protections in most states. However, the proposed federal legislation did not create the kind of flat ban Biden and Garland have now embraced on seeking journalists' testimony or records from their email or phone accounts.

Reporters' shield legislation has passed the House on at least three occasions in the past two decades but has stumbled in the Senate. Such bills seemed to have momentum early in the Obama administration, but foundered after mass releases of information from WikiLeaks and former National Security Agency contractor Edward Snowden highlighted questions about the potential impact of new federal protections for reporters and their records.

Some former federal prosecutors and national security officials have warned that the Biden Administration's new policy effectively banning such subpoenas outright in any case where reporters are acting in their journalistic capacity is too broad and could hamper efforts to root out dangerous leaks of national security information. Other experts says efforts to determine reporters' sources by subpoenaing journalists or their records are rarely successful and investigators have had much better luck by focusing on potential suspects and the electronic information found on their computers and phones.