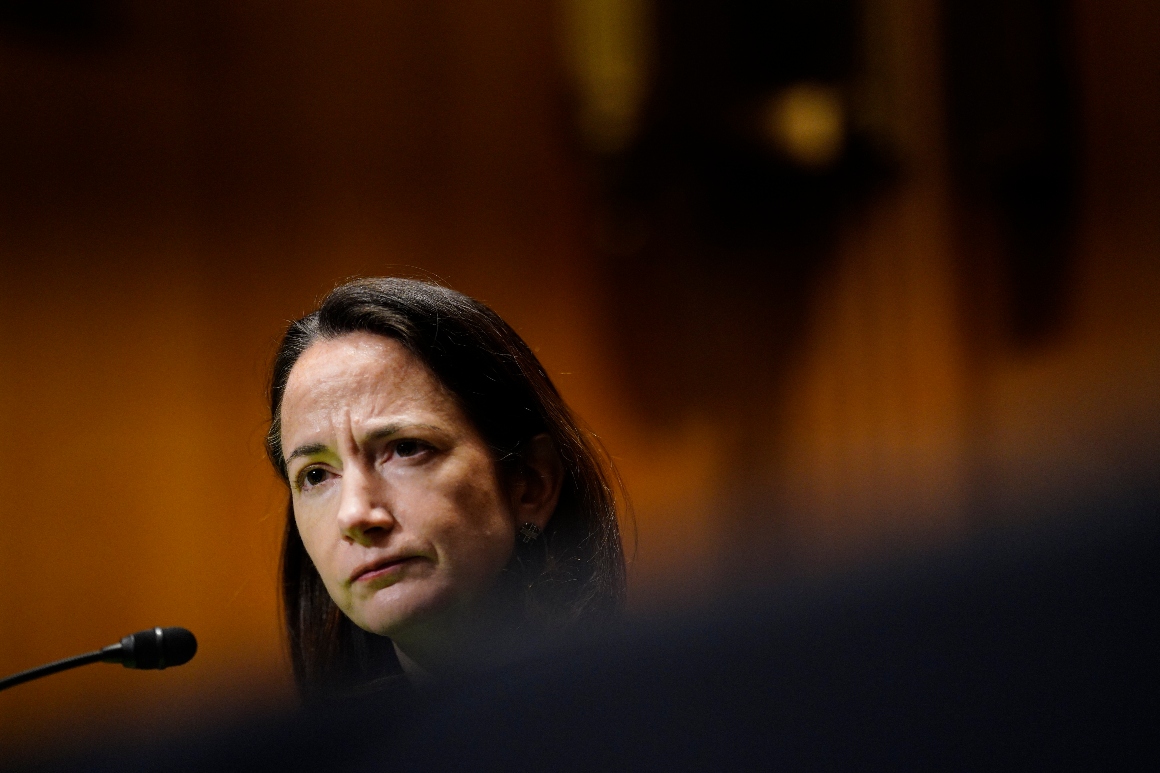 The House and Senate will hold public hearings next week on the globe’s greatest threats to U.S. national security — after a more than two-year hiatus caused by tensions between the spy community and former President Donald Trump.

The Senate Intelligence Committee's Worldwide Threats hearing on April 14 will mark the first time since January 2019 that the country’s intelligence agency chiefs appear for the session — one of a handful of opportunities for Americans to hear directly from them on issues such as the dangers posed by countries like Russia, China and North Korea.

The House Intelligence Committee announced it would hold its session, the first since 2016, on April 15.

“It is imperative that the Intelligence Community’s leadership come before the Committee and the American people periodically, and provide their candid assessments about the threats that face our nation,” House Intelligence Chair Adam Schiff (D-Calif.) said in a statement.

The hearing is "timely because those threats are rapidly evolving, with a rising great power competition with China, an increased threat from domestic violent extremism, nuclear dangers arising from nations like Iran and North Korea, and destabilizing impacts of cross-border threats like climate change and pandemic disease," he added.

What's on the agenda: Next week’s sessions will feature the heads of the Office of the Director of National Intelligence, CIA, NSA, FBI and Defense Intelligence Agency.

The hearings are likely to touch on myriad national security threats, including the sprawling SolarWinds hack that the intelligence community has tentatively attributed to the Kremlin and the breach of thousands of Microsoft Exchange servers by suspected Chinese hackers; the looming May 1 deadline to remove all U.S. troops from Afghanistan; foreign election interference; domestic extremism; and the Biden administration’s efforts on a possible return to the 2015 Iran nuclear deal.

The House session will also be an indicator of whether the panel, which added six new members last month, can move past the partisan rancor that gripped it during the Trump administration.

Why we haven't had one of these in a while: The global threats hearing had been an annual event until last year. POLITICO first reported that ODNI officials lobbied for the hearing — which traditionally featured both public and classified portions — to be moved entirely behind closed doors over fears that answers would be turned into cable news clips that provoke Trump’s ire.

At the last such threats hearing in 2019, intelligence leaders presented findings that directly contradicted Trump’s statements about the longevity of the Islamic State terror group, as well as Iran and North Korea’s nuclear ambitions.

He blistered them on Twitter the following day, labeling them “passive” and “naive” while writing that “Perhaps Intelligence should go back to school!" Trump later claimed his top intelligence chiefs, including then-DNI Dan Coats and CIA Director Gina Haspel, told him that they had been misquoted in the press — even though their remarks had been broadcast and the video footage was publicly available.

Getting the gang back together: The hearing was a major source of tension all last year between Capitol Hill and the clandestine community.

The tug-of-war continued as Trump burned through a series of spy chiefs. The last, Director of National Intelligence John Ratcliffe, offered to testify before the Senate in August but limit his remarks to an opening statement before moving the session behind closed doors.

Eventually time ran out, with senators from both parties agreeing it would be improper to hold the session too close to Election Day and risk the hearing becoming fodder for the campaign trail.

The acrimony between the two sides persisted, however, and the roughly $2.3 trillion spending package Congress approved late last year contained compromise language requiring the DNI to submit an annual Worldwide Threats Assessment and then appear, with others, for a public session.

What's next: The hearings will be a major test for President Joe Biden and his recently installed agency chiefs, especially DNI Avril Haines and CIA Director William Burns — both of whom vowed during their confirmation hearings to deliver unvarnished intelligence to lawmakers and the president and resist any effort to politicize the work of the 18-member clandestine community.

“To safeguard the integrity of our intelligence community, the DNI must insist that when it comes to intelligence, there is simply no place for politics, ever,” Haines said in January.