The 3-year-old German shepherd was out for a walk when he bit someone, the second reported occurrence this month. 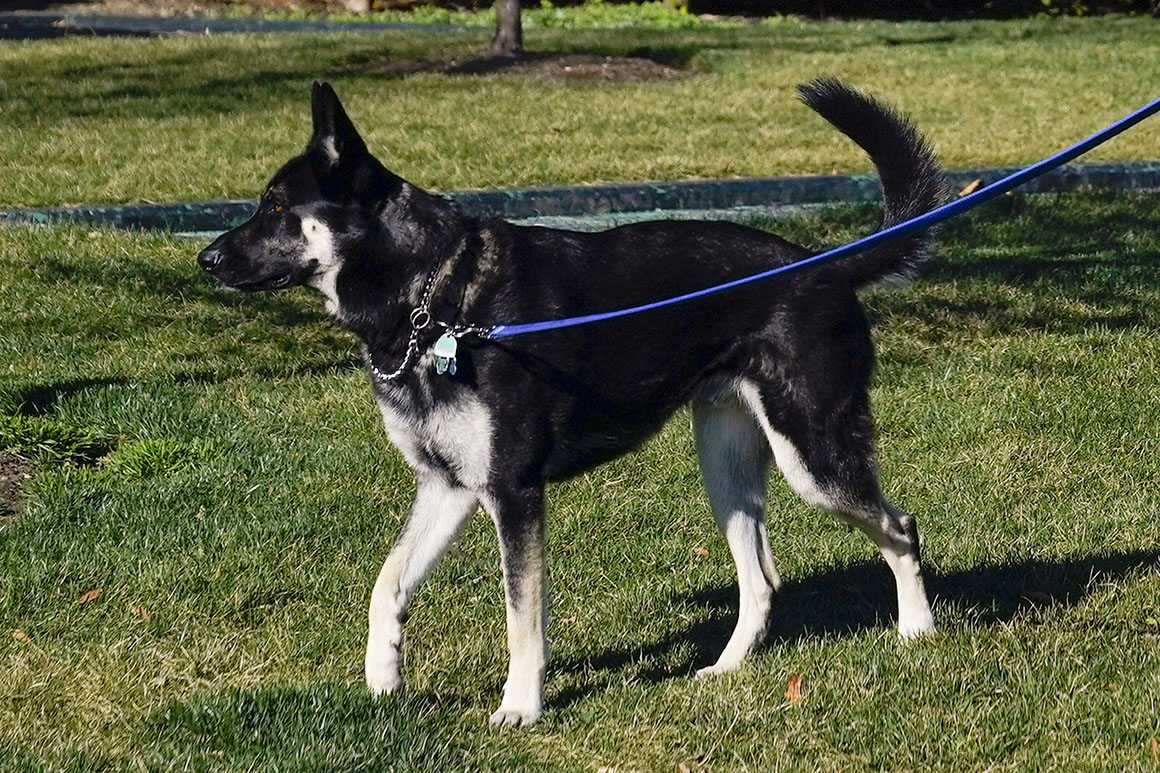 One of the Biden family’s two German shepherds was involved in another biting episode, according to the White House, just a few weeks after an incident with a Secret Service employee.

Major, the 3-year-old rescue dog, was out for a walk when the latest incident occurred, according to Michael LaRosa, first lady Jill Biden’s press secretary.

“Major is still adjusting to his new surroundings and he nipped someone while on a walk,” LaRosa said in an email. He added that the individual was treated by the White House medical unit “out of an abundance of caution” and later went back to work “without injury.”

The incident occurred Monday afternoon on the White House South Lawn and involved a National Parks Service employee, according to CNN, which first reported it.

Earlier this month, Major bit a Secret Service employee at the White House, causing a “minor injury” after being surprised “by an unfamiliar person,” White House press secretary Jen Psaki said at the time. Both dogs, including Champ, were sent back to the Bidens’ home state of Delaware shortly afterward, although Psaki said that it was part of a planned visit while the first lady went out of town. They have since returned to the White House.

President Joe Biden later told ABC News after the first incident that Major did not penetrate the employee’s skin and was receiving additional “training” at home.

“You turn a corner, and there’s two people you don’t know at all,” he said. “And he moves to protect. But he’s a sweet dog. Eighty-five percent of the people there love him. He just — all he does is lick them and wag his tail.”

The family adopted Major from the Delaware Humane Association in 2018, after fostering him as a puppy. Major is the first shelter dog to occupy the White House and has appeared alongside Biden in the Oval Office.