Gov. Ron DeSantis and the state Legislature are making a billion-dollar bet that they can finally end the state’s decade-long battle over gaming. 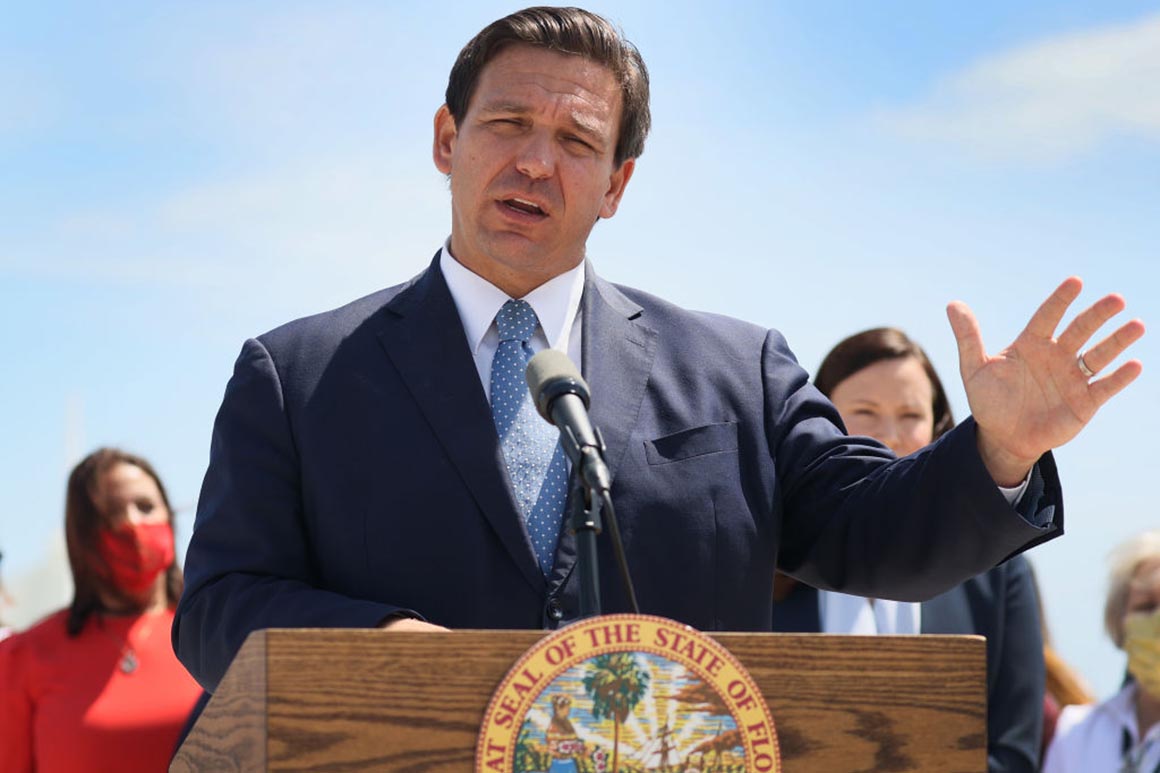 TALLAHASSEE — Gov. Ron DeSantis and the GOP-controlled Florida Legislature could be just days away from approving a multi-billion dollar deal designed to reshape gambling in the tourist mecca. Just don’t expect everyone to be happy about it.

If state lawmakers sign off on a sweeping package of gaming bills during a special session that begins Monday, it will bring sports betting to the nation’s third largest state for the first time and expand casino-style games at tribal facilities. Politically, it will be a signature victory for DeSantis, a Republican who will accomplish something that former Gov. Rick Scott couldn’t pull off. DeSantis had been personally involved in the negotiations to expand gaming in the state, in no small part because it will guarantee at least $2.5 billion will flow into Florida’s coffers over the next five years.

That victory could be short lived as opponents are already preparing to drag the state into court over the pending deal, claiming it violates the state’s rule that voters must approve future casino gambling.

Before the courtroom drama even starts, however, the governor and top Republicans this week must withstand a flurry of behind-the-scenes lobbying, including an effort by a major fantasy sports company, DraftKings, to kill the deal outright. State legislators are also worried that they could open the door to future casinos, including one at former President Donald Trump’s resort near Miami.

“You cannot put that much money on the table and not have a feeding frenzy,” said state Rep. Evan Jenne, one of the leaders of the House Democrats.

DeSantis scored several high profile wins during the last legislative session that he can use to highlight his conservative credentials, including an anti-riot bill as well as laws cracking down on Big Tech and banning vaccine passports. The gambling package would give him a multi-billion dollar economic victory, but would be a high-profile loss that his opponents would be sure to use against him if state legislators reject it.

Gambling is technically illegal in Florida. But it’s been accompanied by a wink-wink acceptance over the years that has led to an array of arcane laws, loopholes and carve-outs. Dog tracks and horse tracks stretch back decades. The state added its own lottery in the ‘80s, and nearly 20 years ago gambling interests were able to add slot machines to existing tracks and gambling operations in two South Florida counties.

The latest deal — which would last 30 years — would mark a significant win for the Seminole Tribe of Florida, which operates and owns multiple casinos in the state, including a Hard Rock Hotel & Casino. The tribe would be put in control of sports betting, which would be allowed at both tribal casinos as well as through a mobile phone app. Under the deal, the Seminoles would build three new casinos in Hollywood, Fla. — the site of a Hard Rock Casino now — and add Las Vegas-style table games like craps and roulette. The Tribe would also control sports betting at existing horse tracks and former dog racing facilities.

It’s because of all these added benefits that the Seminoles have agreed to pay the state at least $500 a million a year to start.

Jim Allen, CEO of Seminole Gaming, called the new agreement a “historic” deal between two “powerhouses” when discussing it during an online session with legislators last week. Allen, in an effort to swat criticism that has been bubbling up recently, also said the Tribe was guaranteeing more gambling money than was currently going to Nevada.

“Voting no for this potential compact is voting against a $6 billion payment to the state of Florida that it wouldn’t have received,” Allen said.

The sweep of the deal, however has its detractors who worry about locking in such a major agreement for 30 years.

“I think this is a sweetheart deal for the Tribe to get a 30-year monopoly in the state of Florida,” said state Sen. Jeff Brandes, a St. Petersburg Republican.

Behind the scenes, DraftKings, which offers sports betting as well as daily fantasy contests, has hired 11 lobbyists in the last few weeks as part a last-minute effort to either alter the compact or scuttle the deal. DraftKings declined to comment about its efforts. The company, which is publicly traded, is highly popular and had agreements with sports organizations in the U.S., including Major League Baseball.

Most lawmakers and lobbyists privately concede that the agreement with the Tribe is likely to pass. But some of the accompanying bills — including ones to allow bingo at gambling centers not run by the Tribe or the regulation of fantasy sports — are not assured of passing. Some of the measures, since they would create new taxes or fees, require a two-thirds approval of the Florida House or Senate.

Rep. Randy Fine, a Brevard County Republican and chair of the Florida House Select Committee, said the length of the deal with the tribe makes it "the most consequential vote that any legislator will make in Tallahassee."

If the deal somehow falls apart it will likely be in the Florida House, where gambling bills over the years have met their doom. Senate President Wilton Simpson, who calls the agreement a “major win,” was involved in the initial talks with the Tribe and has lined up support in his chamber. 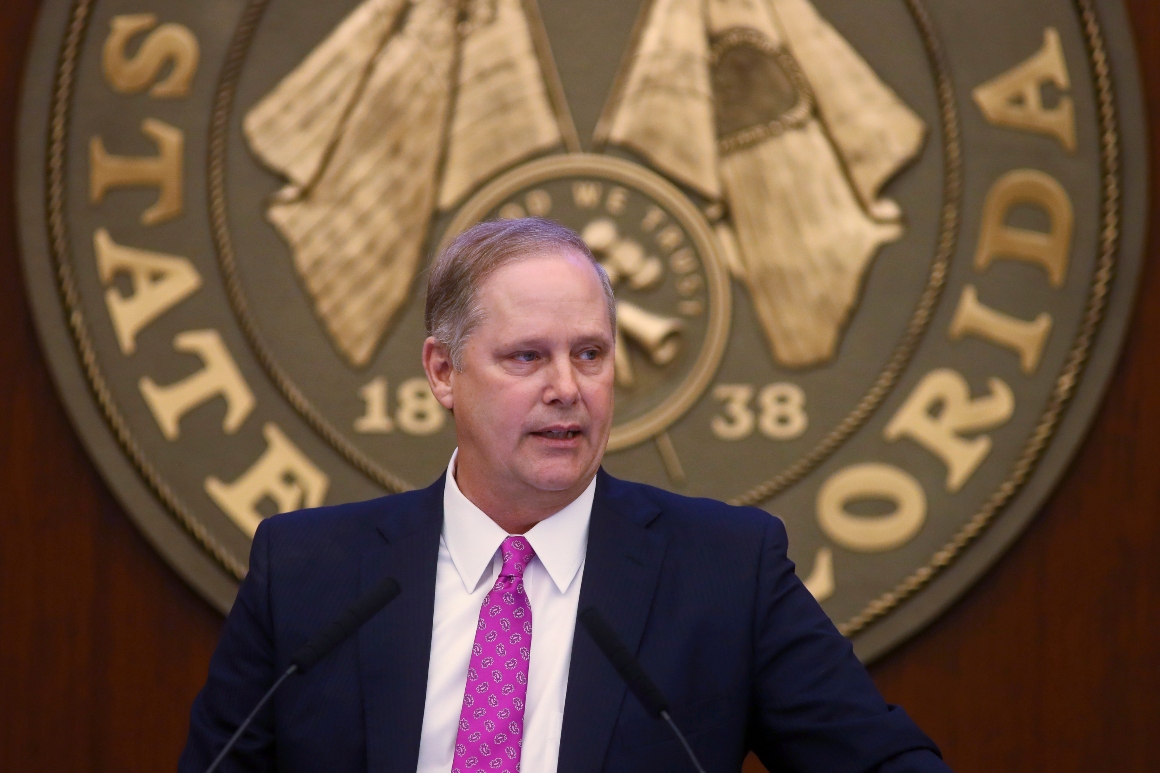 Simpson and Senate Republicans, however, had to throw in their own concessions. The compact with the Tribe opens the door to for existing gambling centers to relocate as long as it isn’t too close to a casino run by the Seminoles. For example, the language says no new casino can be set up 15 miles in a direct line from the Tribe’s existing Hollywood, Fla., casino. Trump’s Doral resort is located 15.2 miles away.

The Miami Herald this year also previously detailed how Jeffrey Soffer, a billionaire real estate developer, held fundraisers and parties on his superyacht where he asked legislators to let him take an existing permit and move it to the Fontainebleau Miami Beach. That’s also more than 15 miles away from the Tribal casino.

Simpson acknowledged in an interview that, “in reality, there were too many moving parts,” including opposition from the city of Miami Beach to change state law to allow the relocation of existing gambling permits.

Sen. Travis Hutson, the Palm Coast Republican who is sponsoring the gambling bills, echoed that and called the legislation “a heavy lift.” Hutson, however, maintained that no one has talked to him or Simpson about trying to do anything to assist Trump. Trump this past week made a surprise endorsement of Simpson for the state’s agriculture commissioner even though Simpson has not yet publicly declared he is running for the post.

Meanwhile, several sources have said that House Speaker Chris Sprowls — who was not directly involved in negotiations — has told legislators he supports the compact with the Seminoles. But Sprowls isn’t calling up lawmakers and asking that they vote for any of the gambling bills. His biggest priority is the creation of a new statewide commission that would regulate the gambling industry with the help of state Attorney General Ashley Moody. 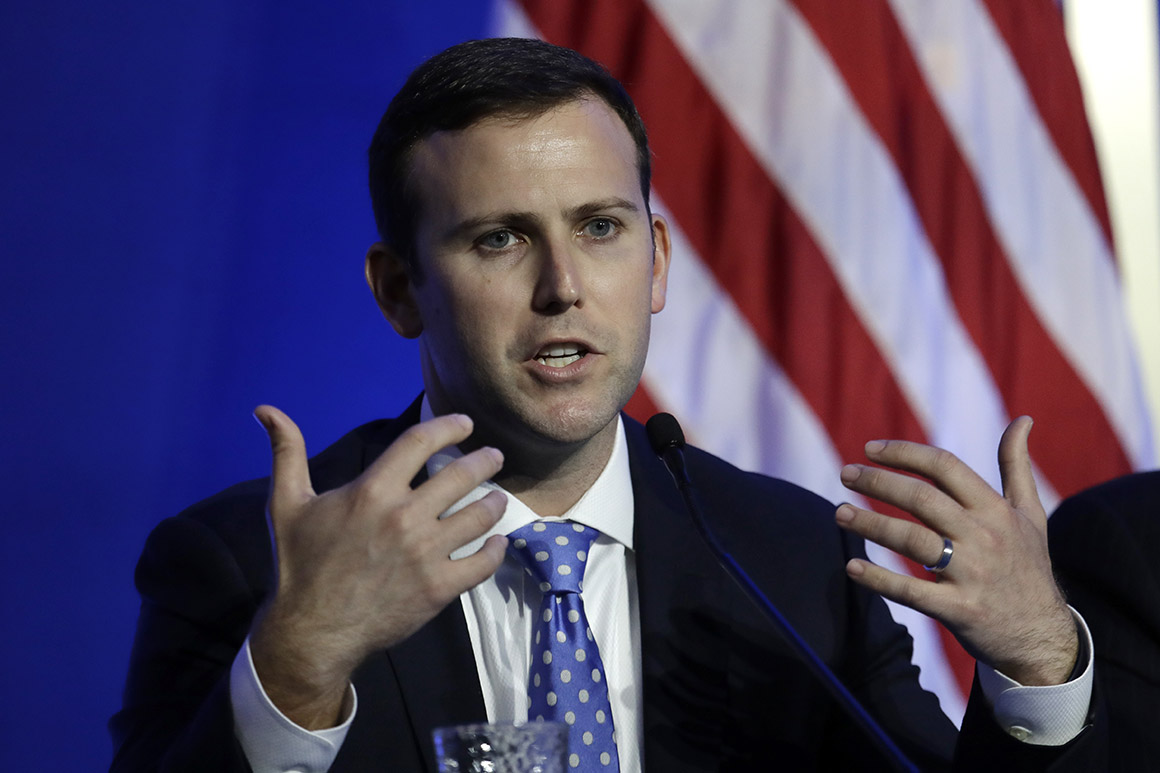 Instead, it has fallen to DeSantis and his staff to help push through the gambling legislation — and several gambling lobbyists and legislators said the administration finally got into gear this past week. DeSantis already signed the gaming deal with the Seminoles in April after months of negotiations, and is now waiting for the Legislature’s approval.

READ:  Steakhouses, Hill bars and ski trips: GOP carries on amid the pandemic

James Uthmeier, DeSantis’ general counsel, this past week publicly conceded that the deal was not perfect. But he contended it “was in the best interest of the state.” Both he and Allen tried to sell lawmakers on the idea that the deal would halt efforts to allow full-blown gambling throughout the state — and would place a curb on illegal gambling that is already rampant.

“I guess if there’s one loser in this compact it would be someone that really wants Florida to turn into Las Vegas,” Uthmeier said.

Despite the ongoing intrigue, Simpson remains confident the deal with the Seminoles will wind up passing, noting that past deals over the last decade that eventually failed never got this far.

“It has taken a tremendous amount of work to bring this into position,” Simpson said.

While the passage of a comprehensive gambling deal will be a legislative victory for Simpson and DeSantis, it is unlikely to be the end of the drama. It will likely be merely another marker in the state’s fractious debate.

The anti-gambling organization No Casinos has publicly disagreed with the legal interpretation offered by the DeSantis administration and the tribe that the sports betting arrangement passes constitutional muster. No Casinos previously backed a 2018 amendment on casino gambling that mandated voters would have a say over future casinos. The group has called it laughable to suggest that because sports betting ultimately winds up on a computer server on tribal lands, it meets the wording of the citizen initiative.

“This compact doesn’t really close doors, it opens them up all over the place,” said John Sowinski, president of No Casinos, who calls the pending legislation the biggest expansion of gambling in state history.

Simpson said he is prepared for the looming court battle, which brought its own retort from Sowinski.

“Taxpayer money will be spent defending a law that violates something voters wanted,” he said.

Uthmeier contends that there is previous legal precedent for the concept that a bet “is made for where it is received.”

“The governor would have not signed this deal if we did not believe there were strong arguments defending the constitutionality of the compact and the sports betting component,” he said.