Lawmakers, business groups and analysts are warning that the lending program may fail to deliver the rescue to corporate America that it promised. 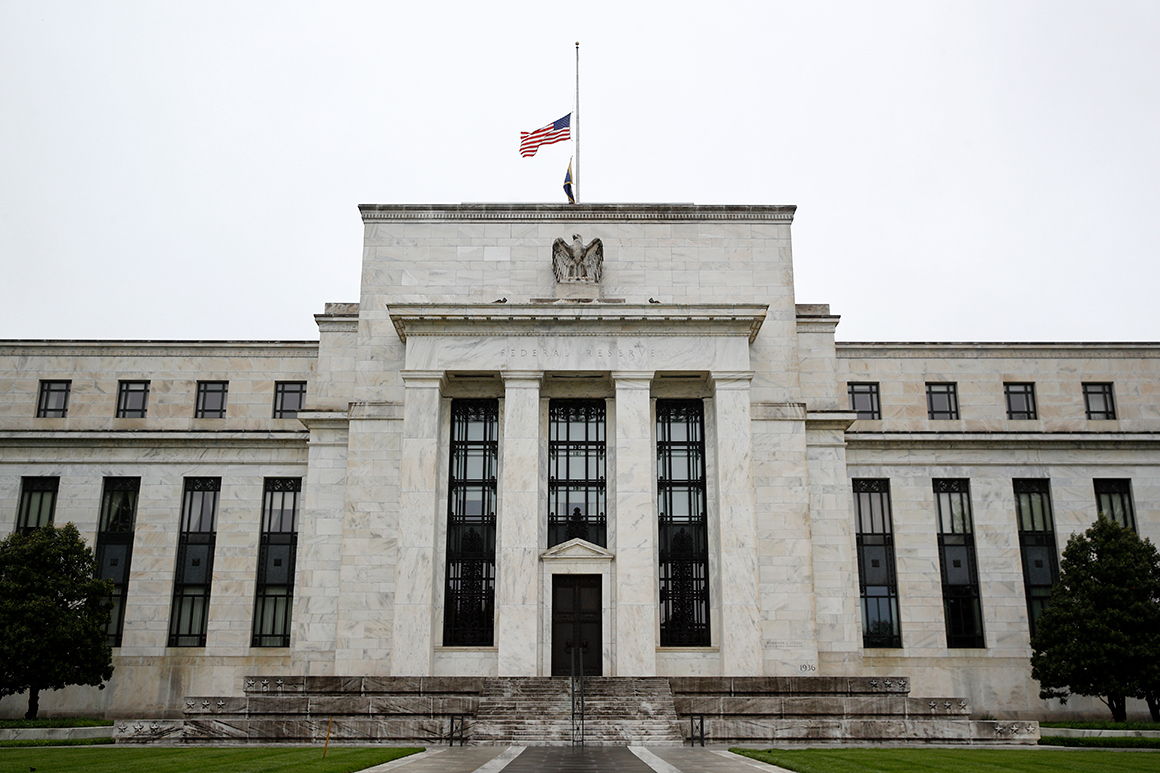 A $600 billion Federal Reserve loan program designed to offer a lifeline to tens of thousands of struggling U.S. companies is heading for trouble before it even gets under way.

Some potential borrowers complain that the "Main Street" lending program — so named because it's aimed at helping midsize companies hit hard by the coronavirus crisis — imposes interest rates that are too high and requires businesses to pay back loans too quickly.

Under the program, expected to be rolled out this week, companies will also face unwelcome curbs on stock buybacks, dividend payments and executive pay. And the sheer length of time it has taken to start the program — two months — has already forced many firms to seek alternatives. That has left industries divided, with manufacturers eager to tap the loans but retailers wanting more, as many businesses face the prospect of extensive layoffs or even bankruptcy.

“The general feeling among our members is too late and not enough,” said David French, senior vice president of government relations at the National Retail Federation.

The warnings about the Main Street rescue echo those of the wildly popular Paycheck Protection Program, the small business lending effort that ran into a wall of problems after its chaotic launch in April, stirring up similar fears about whether federal assistance will get to the businesses that need it the most.

The Main Street program is a critical component of the federal economic relief because it’s supposed to fill a gap for companies that are too big for the government-backed small business loans but not large enough to warrant giant bailouts like the airlines. Targeted businesses — those with fewer than 15,000 employees or less than $5 billion in annual revenue — can receive four-year loans that they don’t have to start paying back for a year.


But the early misgivings about the program could force the Fed and the Treasury Department to revamp its design to avert bankruptcies and do more to help employers make it through the pandemic.

"I hope I'm going to be surprised that it's more robust," said Sen. Mark Warner (D-Va.), a key advocate for creating the program, in an interview. "It's not been the kind of stampede that I expected."

It's not only the potential borrowers who are feeling uneasy. Another complication may come from reluctant banks, which are tasked with issuing the loans.

Lenders will be able to make money while offloading most of the risk of default to the Fed — which will purchase up to 95 percent of each loan — but they might still be hesitant to extend credit to companies that are in such dire condition that they can’t get financing elsewhere. One bank representative described a “fizzle” at launch instead of a “big bang.”

The kickoff and any recalibration of the business rescue will be one of the Fed’s most difficult tasks yet during the pandemic, after the central bank under the leadership of Chair Jerome Powell unleashed a swift barrage of easy money and emergency lending that helped fend off an even deeper economic downturn.

“Chairman Powell has made it clear that the Fed is not economically omnipotent,” said Isaac Boltansky, director of policy research at Compass Point Research & Trading. “The Main Street effort will underscore its inherent limitations.”

The Main Street program is a novel one for the Fed, as the Covid-19 crisis has forced the central bank to expand the scope of the emergency lending actions it took during the 2008 financial crisis.

The Fed announced details of the program in April after Congress set aside $500 billion in funds to aid companies, $75 billion of which will be used by Treasury to cover any losses from the midsize business program. As long as losses don’t exceed that amount, the Fed is willing to lend up to $600 billion in newly printed money.


Companies that take advantage of the program have to make “commercially reasonable efforts” to retain employees, but unlike the "paycheck protection” goal of the small business rescue, they don’t have to formally pledge to use the money for payroll. That decision, criticized by Democrats like Sen. Elizabeth Warren of Massachusetts, was made under the assumption that companies might need to use the money elsewhere to be in a position to pay back the loan.

The Fed and Treasury previously expanded eligibility for the program, after asking for feedback during the initial rollout. About 30,000 businesses now meet the workforce and revenue criteria for the loans, according to Treasury.

Powell last week held open the possibility that the program would be further broadened. The minimum is $500,000 for new loans, and the maximum is $200 million for expansions of existing loans. “I can imagine us expanding on either end,” he said.

Yet some potential borrowers and banks say there won’t be a rush to take advantage of the program as it’s structured today.

Rep. French Hill (R-Ark.), a former banker and Treasury official who now serves on Congress’s coronavirus oversight panel, said he has heard feedback from midsize businesses indicating the program wouldn’t work for them. The terms of the loans may not fit some of the businesses that are hurting the most, including hotels and larger restaurant chains, he said. 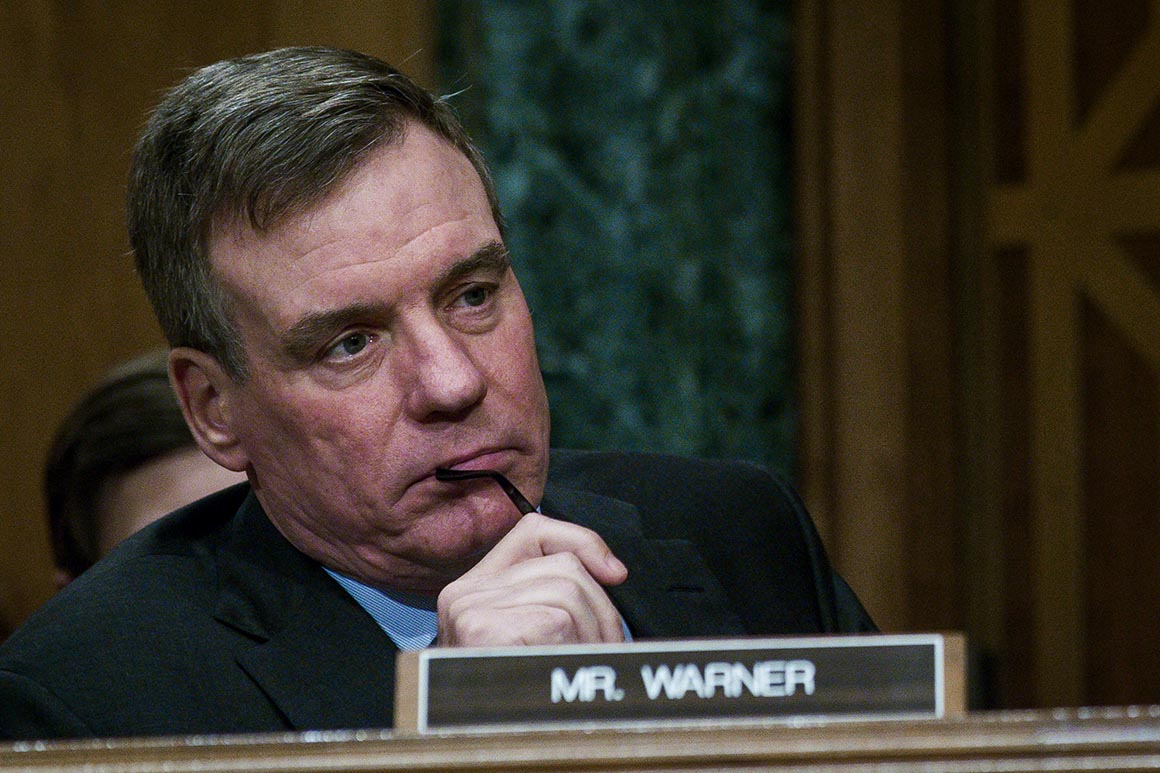 Warner, a member of the Senate Banking Committee, has called on the Fed and Treasury to ease the terms, including the interest rate. He argues that Treasury should be more willing to lose money on the program.

“I think the secretary gets that, but I also think he wants to make sure that he gets clearer signs from Congress that was our intent,” Warner said.

A senior Treasury official told POLITICO that the government’s losses on these loans will depend on how the economic situation unfolds. Under certain severe scenarios contemplated by the department, Treasury could lose most or all of the $75 billion that it’s contributing to the program.

Lenders are already trying to downplay expectations. Even though banks will only carry a small portion of the loan on their books, they warn that the loans still carry the risk of borrowers defaulting, making underwriting a significant hurdle, and that there is only a small pool of likely borrowers. Some fear they’ll be vilified if they don’t approve enough loans.

"The way this is currently structured, we don’t think there's going to be a huge amount of loans underwritten and a lot of money flowing out to the economy,” said Lauren Anderson, senior vice president and associate general counsel at the Bank Policy Institute, which represents the country’s largest lenders.

Reluctance by lenders to offer the loans is a top concern for the National Association of Manufacturers, which says there is a “huge appetite” among its members for the program.

“We just want to make sure that lenders are participating and money is flowing out into the system,” said Chris Netram, the group’s vice president of tax and domestic economic policy.


The Fed and Treasury are encouraging banks to extend credit beyond loans they would normally make. For example, lenders will be compensated for routine management of the loans based on the entire value of the financing, not just the portion they own.

The senior Treasury official also said the department would be open to tweaking the program if few companies are interested but said there’s no reason to adjust the loan terms if demand is low just because companies don’t want to take on more debt.

And if banks are proceeding with caution, that may not be a problem either for those running the program.

“If a bank is not willing to even lend 5 percent of a loan to help the company through this, that’s a very strong indication that this company is not a viable company,” the Treasury official said. “And we don’t want to be making loans to bankrupt companies.”