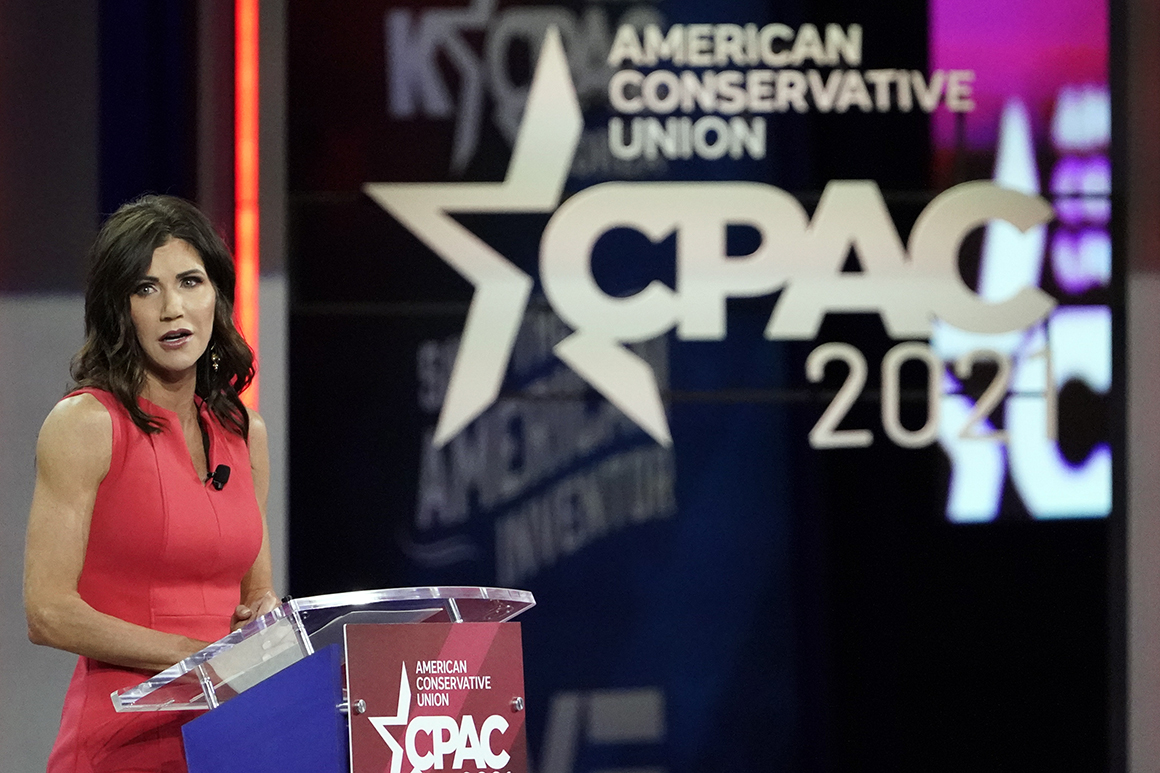 Dr. Anthony Fauci on Sunday said South Dakota Gov. Kristi Noem’s criticism of him at the Conservative Political Action Conference was “not really helpful” to the nation’s recovery from the coronavirus pandemic.

In her CPAC address, Noem boasted that her administration focused on hospital capacity rather than Covid-19 case numbers. “I don't know if you agree with me, but Dr. Fauci is wrong a lot,” she said, drawing loud applause from the crowd in Orlando, Fla.

Appearing Sunday on CBS’ “Face the Nation,” Fauci — who has served for more than three decades as the director of the National Institute of Allergy and Infectious Diseases — described Noem’s remarks as “unfortunate.”

“It is not really helpful. Because sometimes you think things are going well, and just take a look at the numbers. They don't lie,” he said, adding: “I'm sure that you can get a standing ovation by saying I'm wrong.”

Public health experts have been critical of Noem’s comparatively few coronavirus-related restrictions and broader pandemic response in South Dakota, where per capita deaths have soared in one of the nation's least-populated states. More than 512,000 Americans have died from the pandemic.

But Noem, who appeared immediately after Fauci on “Face the Nation” on Sunday, defended her handling of the crisis, saying she gave South Dakotans “personal responsibility over decisions for their families’ public health, but also gave them the flexibility they needed to keep their businesses open.”

READ:  Dems wrestle over control of the infrastructure throttle

“South Dakota is doing well,” Noem said. “We've had some tragic situations, but I know that respecting them in my role, in the authority that I have as governor, has been incredibly helpful to get our state … through this challenging time.”