Contrary to conventional wisdom, Stan Greenberg says the Massachusetts senator would bring the biggest political upside — and he’s making the case to Biden. 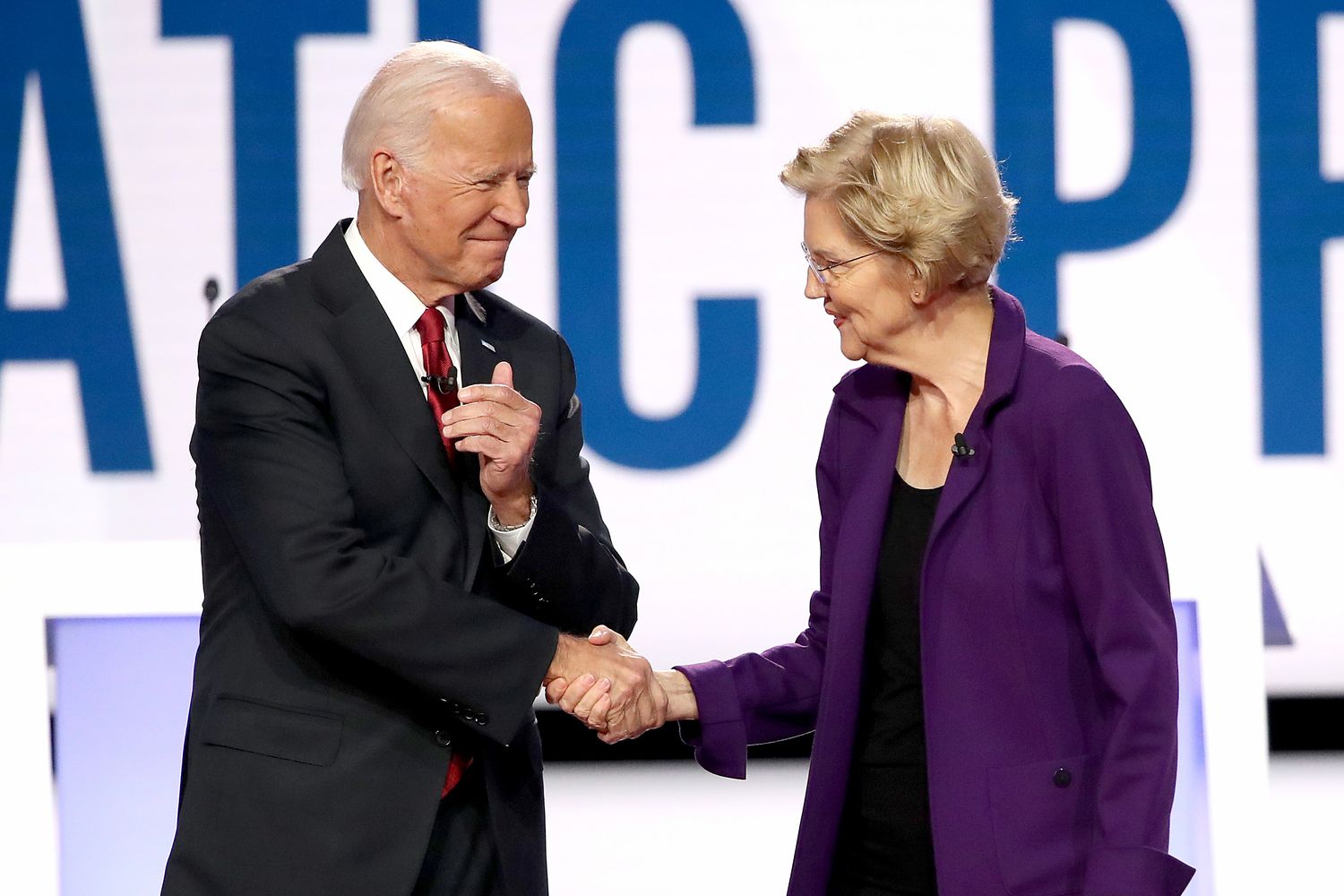 Stan Greenberg, one of the Democratic Party's longtime leading pollsters, urged Hillary Clinton in 2016 to pick Elizabeth Warren as her vice president. He thinks Clinton would be president had she listened.

Earlier this month, he briefed top Biden campaign officials on two battleground surveys conducted by his firm. Accompanied by a slide presentation that was obtained by POLITICO, Greenberg addressed the question hanging over Biden and his inner circle: Which vice presidential candidate will help the most in November?

The conclusion was blunt: “Sen. Warren is the obvious solution.”

Biden’s biggest problem, Greenberg said, is that the Democratic Party has not unified behind him. In fact, Biden is now behind where Clinton was with Bernie Sanders voters in 2016, with more than 20 percent of the democratic socialist’s backers saying they would not vote for him, even as 87 percent of them pledge to vote for a Democrat for Congress. At a similar point in the 2016 cycle, roughly 15 percent of Sanders voters said they wouldn’t vote for Hillary Cllinton and Greenberg’s own polling through Democracy Corps around Election Day found the same.

“They lean towards the Democrats, but Biden’s not getting their votes yet,” Greenberg told POLITICO.

Even before Greenberg’s presentation, Biden’s campaign signaled that it recognized he had a serious problem with the left wing. While most presidential candidates move to the center after capturing the nomination, Biden has tacked left. He recently partnered with Sanders to create “unity” task forces and Biden's team has spoken of New Deal-level ambitions. On policy, Biden has shifted on some issues such as immigration and college affordability, and in one case reversed himself when he embraced Warren’s bankruptcy plan.

Those moves, combined with Democrats’ motivation to oust President Donald Trump, might be enough to win over Sanders voters, whose defections in 2016 arguably cost Clinton the election. But Greenberg believes picking Warren is the clearest and easiest way to coalesce the party. He adds that Biden can’t simply match Clinton’s performance — he has to surpass it in order to ensure victory.


In measuring several different messages of various candidates without their names attached,
Greenberg told Biden's team that Warren's message about a “rigged” system was “dominant” among the groups Biden needs, such as millennials who may feel disillusioned by the tumult of recent decades.

Greenberg's analysis may be a surprise given that he is not exactly a left-wing firebrand. His most famous political clients include former British Prime Minister Tony Blair, Al Gore and Bill Clinton. He co-founded a firm with Democratic strategist James Carville and also co-authored a book with him in 2012. He has long criticized the Democratic Party on immigration, an appraisal he shared with Hillary Clinton, as she recounted in her post-2016 campaign book, "What Happened."

“Stan also thought my campaign was too upbeat on the economy, too liberal on immigration, and not vocal enough about trade,” she wrote.

Greenberg’s polling is not an outlier. A POLITICO/Morning Consult poll released this week showed Warren boosting Biden’s candidacy the most of any potential choice, particularly among people under 45 and black and Hispanic voters. And an April USA Today/Suffolk poll similarly found that 22 percent of Sanders voters would vote for a third-party candidate, Trump, or not vote at all.

“Above all else, [the Democratic Party] needs consolidation. That’s where the overwhelming percentage of votes are,” Greenberg argued.

In his presentation, which was titled "The obvious solution," Greenberg wrote, “The biggest threat to Democrats in 2020 is the lack of support and disengagement of millennials and the fragmentation of non-Biden primary voters.”

The Biden campaign declined to comment on Greenberg’s presentation, and Greenberg wouldn't say how it was received. ("Not off the record, either," he added).

Former President Barack Obama, who has been advising Biden on the choice, also thought it was very important to pick someone who had already gone through the rigors of the presidential campaign trail. “There’s not going to be a lot of time to adjust,” Obama said at the time, according to former adviser David Axelrod’s book, "Believer." “I’m afraid that if someone is experiencing this whole, crazy circus for the first time, it would be too much to ask.”

Greenberg’s argument that Warren would be the shrewdest choice politically cuts against much of the conventional wisdom, which holds that she may be a capable governing partner but does not bring much political upside. Among the raps against her: Her left-wing positions could alienate suburban voters the party needs, and Trump would have a field day going after her.

Many progressives have also argued that Biden should pick a black woman to help increase turnout among African American voters, particularly in Detroit, Philadelphia and Milwaukee. Even some of Warren’s allies acknowledge that just because her message may resonate doesn’t necessarily mean that she will. She’s not the nominee, after all, and she failed to place first or second in any 2020 primary, including her home state of Massachusetts.

But Greenberg is unmoved.

“I think the data is clear,” he said.


Greenberg has never worked for Warren. He got to know her when they attended a handful of policy dinners with his wife, Rep. Rosa DeLauro (D-Conn.), before the Great Recession more than a decade ago.

Greenberg also argues that there isn't evidence that someone like Harris would obviously increase African American turnout more than Warren would.

"If you look at the African American vote in the primaries, they weren't supporting Harris," he said. "She never developed the base in the African American community against Biden." The POLITICO/Morning Consult/ survey also showed Warren polling better among black and Hispanic voters than any other contender on the question of whether her selection would make them more likely to vote for Biden.

Underlying Greenberg’s case for Warren, however, is a more provocative analysis: that Democrats have a natural advantage as long as the party isn't splintered and that Trump is running the GOP into the ground. He made that case in his recently published book, "R.I.P GOP."

“The year 2020 will produce a second blue wave on at least the scale of the first in 2018 and finally will crash and shatter the Republican Party that was consumed by the ill-begotten battle to stop the New America from governing,” he wrote in the book.

Many Democratic operatives disagree with Greenberg and think Trump — with his gigantic war chest and knack for survival — might well win reelection.

Yet even as the global pandemic has upended the campaign, Greenberg said Democrats are still on track to win big if the party is united.

In "every trend [and in] every election since '16," he said, "the anti-Trump vote has played out stronger and stronger.”