New York’s governor has been completely silent on most of the major policy debates unfolding in recent weeks. 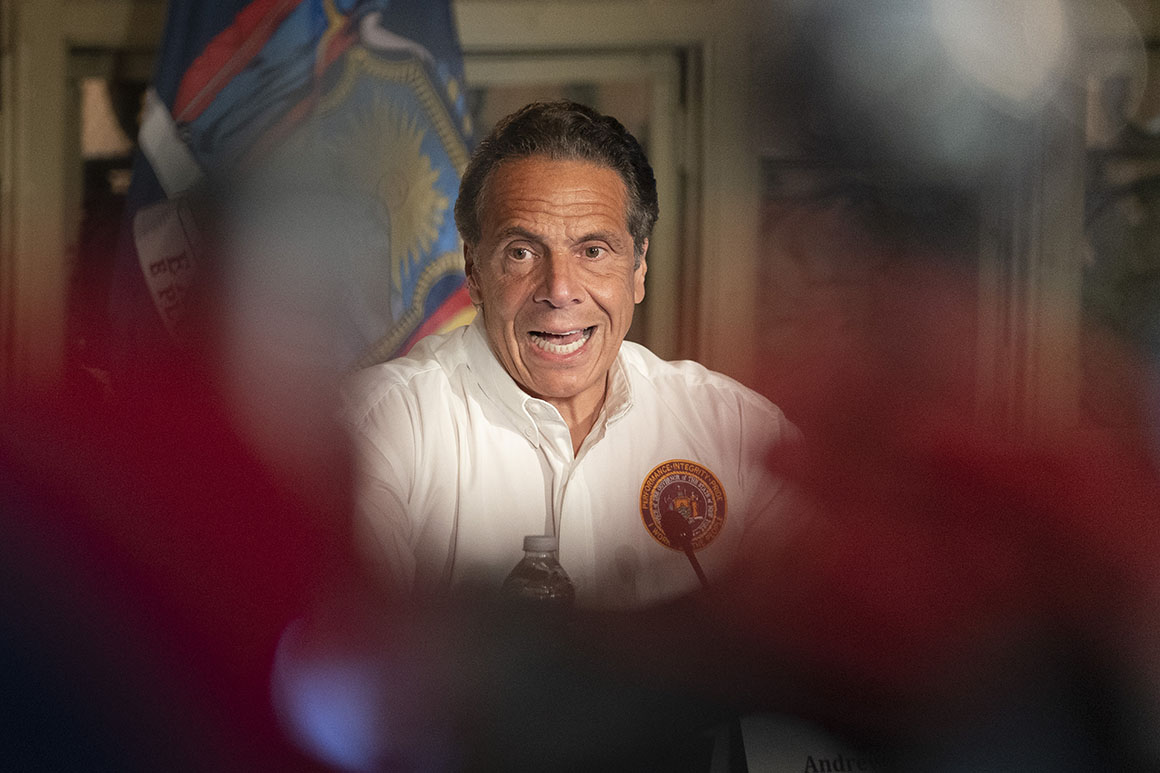 ALBANY, N.Y. — New York Gov. Andrew Cuomo has held a series of public events in recent weeks to discuss everything from a car show to a plan to give free Lotto tickets to people who get vaccinated, all designed to present an air of normalcy as he faces three separate investigations into allegations of sexual harassment and other alleged misconduct.

But when it comes to actual governance, he has been almost completely silent on most of the major policy debates unfolding in the final days of the legislative session. At no point during Cuomo’s decade in office has he played a less prominent role in lawmaking.

“Since all the allegations about him kind of came out, he’s been kind of quiet on most things [in the Legislature],” said Assemblymember Linda Rosenthal (D-Manhattan), who is among the many New York politicians who called for Cuomo to resign earlier this year because of the accusations of sexual harassment. “He concentrates on Covid and infection rate and opening the state back up.”

New York's governors often get their way with the Legislature by using their pulpit to bully lawmakers. But Cuomo could have a lot to lose if he antagonizes his fellow Democrats or complicates the debate just before legislators are due to end their session on Thursday.

Many of them already have called for his resignation, and those in the Assembly may, at some point in the coming months, be asked to vote on articles of impeachment. Suffice it to say, he doesn’t have a great deal of good will in the bank at this point.

“There's probably nobody who’s going to be happier this year that we’re gone than the governor, for obvious reasons,” Senate Minority Leader Rob Ortt said. “You have an Assembly impeachment investigation. I’ve been critical of the pace, and I’ve questioned how serious or in-depth that investigation really is and what we can expect, but I think we can all expect that when we’re out of session, it’s certainly not going to move into hyperdrive.”

The governor’s most prominent role in policymaking is always in talks over the state budget due at the end of March. But in a normal year, he can be expected to have a long list of non-budgetary priorities for the remaining weeks of session.

These are usually detailed in “program bills,” legislation that is directly authored by the governor’s office. In a typical year in recent decades, a governor would introduce about 25 of these by this point in the session. Cuomo has used them in past years to deal with dozens of major topics, such as same-sex marriage, medical marijuana, gun control and rent regulations.

Heading into the final week of this year’s session, he had introduced two. Neither is likely to go down in the history books: One was a technical measure letting the state pay the bills when the budget ran a few days late, the other was a step in contract talks with state police.

He introduced a few more this week. But the most significant of them — a measure that changes the leadership structure at the Metropolitan Transportation Authority — seems to have done little to upend the debate in Albany, as it’s essentially an attempt to adjust the structure of an agency the governor already effectively controls.

Asked for comment, the governor’s office pointed to remarks he made in April in which he said he would not be too focused on policy in the coming months.

Cuomo’s ability to dominate end-of-session policy talks was diminished in 2019, when Democrats took control of the Senate to go along with their domination of the Assembly. That allowed them to negotiate without relying on the governor to mediate between the two houses.

“The Legislature, since we took the majority, has been very firm about driving our agenda, that’s our job, it’s our responsibility,” Senate Deputy Leader Mike Gianaris said. “The governor gets to sign or veto what we pass, and that’s when he gets to have his say.”

But even in 2019, the governor still weighed in on what the Legislature should be doing. He regularly held press conferences and took to the airwaves to complain that lawmakers wouldn’t pass a state-level Equal Rights Amendment, placed a ban on “gay panic” defenses on the June agenda, helped negotiate the nation’s most sweeping climate measure, and taunted his fellow Democrats that they couldn’t pass a rent control bill that would make tenants happy. (They did, in fact, pass such a bill.)

Now, he’s barely opining on policy even when asked. His views on parole reform, one of the most contentious issues in Albany at the moment, came up during a recent press appearance. He responded by saying that candidates for the New York City mayoralty, an office that has no role in bills like this, should weigh in on it.

Cuomo hasn’t even inserted himself into the types of issues that he would usually focus on passing, or at the very least, try to take credit for once passed.

Take, for example, a bill called the Adult Survivors Act, which would unlock a one-year lookback window for adult survivors of sexual abuse to file a civil claim, regardless of how long ago the abuse happened and even if the statute of limitations has expired. It’s an extension of the Child Victims Act, which Cuomo spent years promoting before he signed it with fanfare in February 2019.

Has Rosenthal, the Assembly sponsor, been talking about the bill with Cuomo?

“I haven't been,” she said. “I don't know if anyone else has, but you know, we don't engage with him on every issue. He gets his say when a bill goes to his desk.”

Or consider a bill that attempts to reopen gun manufacturers to liability for some gunshot deaths. Cuomo has been a central figure in the national debate over this policy. A 2005 federal law that limits the types of suits that can be brought against firearms companies was authored in part as a response to his proposal to use Housing and Urban Development to help bring such suits when he was serving as HUD’s secretary in the late 1990s. But he hasn’t opined on the current bill, which seeks to get around that federal law.

“Our colleagues across the aisle, they’re probably happy with” Cuomo’s absence, Ortt said. “He's not driving them, he's not pushing them into a tough spot or a corner. And I’m sure they would love to get out of here — I don’t for a second believe they want to be here when the attorney general comes back with her report. I’m sure they would love to be out of Dodge when that day comes.”