Melanie Stansbury is favored to keep the seat in Democratic hands, but the race shows Democrats are still grappling with how to handle continued GOP attacks on policing and public safety. 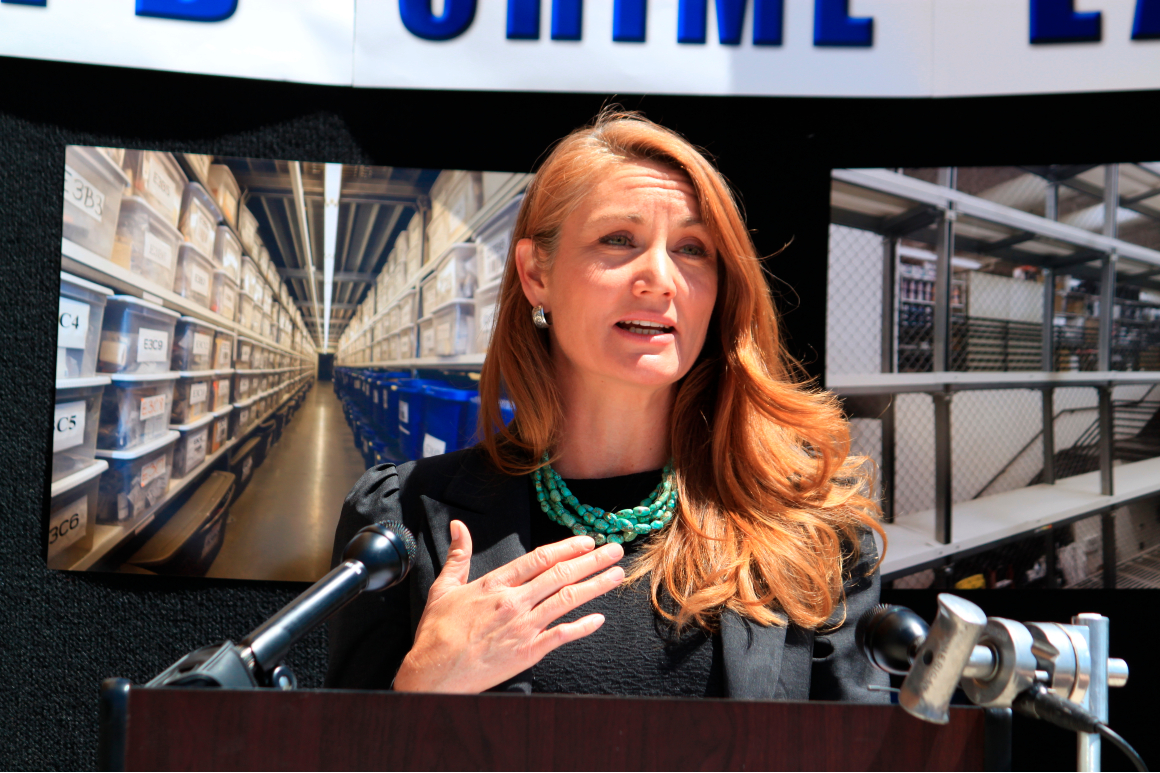 Her Republican opponent used the same preelection push to warn that she would be heading to Washington to "defund the police" and back legislation to close all federal prisons within 10 years, releasing infamous criminals out on the street.

“Think about who's in federal prison right now: El Chapo, the co-founder of al Qaeda, the Oklahoma City bomber, the Unabomber,” state Sen. Mark Moores told a luncheon of three dozen Republican women on Friday. "That is how radical this agenda is, and we have to stop it."

It's a split screen that could foreshadow much of the 2022 midterm elections, when control of Congress will be firmly on the line. Both parties are using next week’s race in this central New Mexico district to test their messaging.

For Democrats, that’s selling a vision of post-pandemic economic recovery attractive enough to defy historical odds against keeping their narrow majorities. Republicans, meanwhile, are laying off Biden and instead doubling down on their 2020 strategy, accusing Democrats of supporting policies that would make residents less safe amid an uptick in violent crime.

This Albuquerque-based seat, vacated by Deb Haaland after she was confirmed as interior secretary, is deep-blue territory; Biden won it by 23 points in 2020. Democrats are confident they will hold the seat, as internal polling that shows Stansbury, a state representative, with a comfortable lead. Neither campaign committee nor any major outside group is spending money in the race — a sign that there’s little upset potential here. 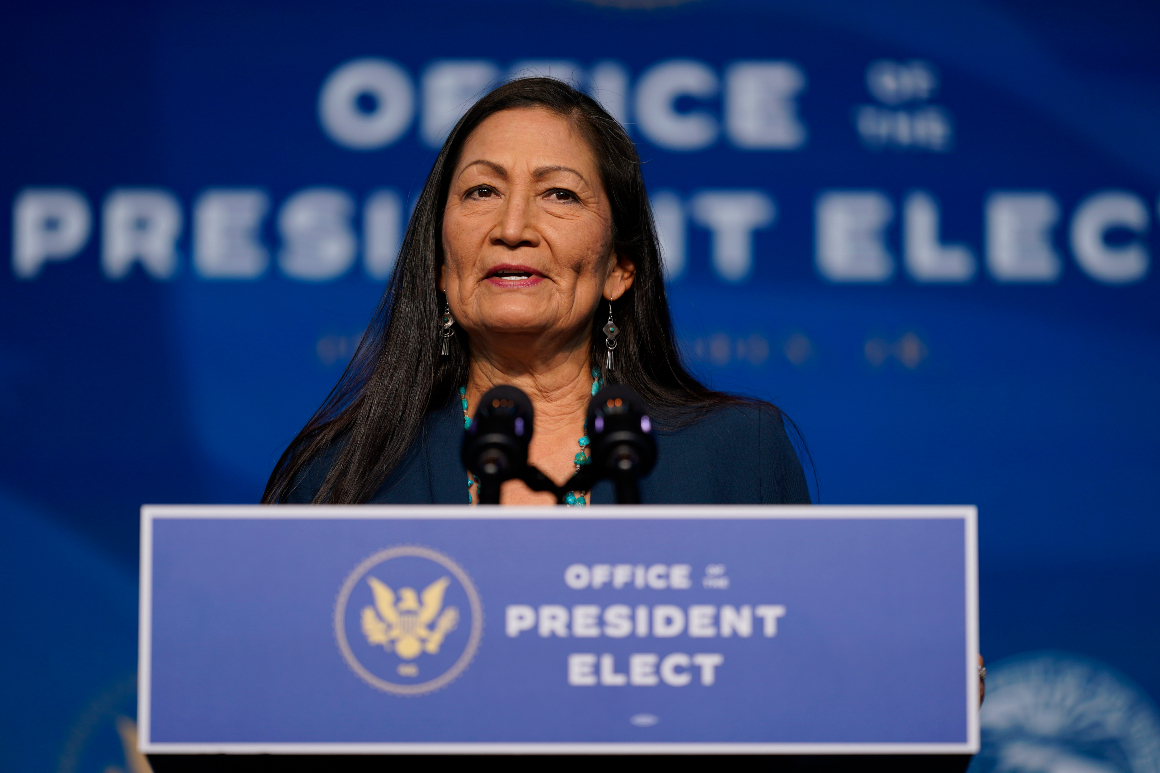 But the margin still could be telling. And if this race is any indication, Democrats are still grappling with how to address the GOP’s attempt to paint them as radical on issues of policing.

“It is a convenient political narrative that he is repeating over and over again in order to reframe the conversation,” Stansbury said of Moores' message in an interview following a campaign rally this past weekend. “And the conversation that New Mexicans are having is about our economy, pandemic relief, education, and community well-being.”

Moores has centered his campaign entirely on Albuquerque's rising crime rate, zeroing in on Stansbury’s initial expression of support for the BREATHE Act, a sweeping policing reform proposal authored by activists affiliated with the Black Lives Matter movement. Addressing a crowd of mostly women at the El Pinto restaurant here, Moores described Stansbury’s endorsement of the proposal as nothing short of a gift to his campaign. “I pulled it up,” he said of the activists' website, “and my mouth hit the floor.”

On the stump, he implores voters to go to breatheact.org — and, in case they don’t, he’s happy to rattle off some of the bill's contents. It calls for the elimination of Border Patrol and ICE, the dismantling of local police and the emptying of federal prisons. At a recent debate, he brought the husband of a murdered woman, Jacqueline Vigil, as his guest.

And at campaign events he passes out a flier that on one side notes he is “standing tall for law enforcement” — the 6-foot-6 Moores is a former lineman for the University of New Mexico. On the reverse, Stansbury’s picture is surrounded by crime-scene tape.

"The Republican standard operating procedure is to generate fear and discord," said Jessica Velasquez, the chair of the state Democratic Party. "Melanie has a beautiful approach to criminal justice," she added, citing her attempts to secure funding for police "while still addressing the underlying root causes of crime to begin."

Stansbury, a former Hill staffer and budget analyst who ousted a Republican incumbent to win her state House seat in 2018, has led her campaign with an upbeat tone. In four speeches on Saturday, each to roughly a few dozen voters, she ticked off issues she wanted to address, from affordable housing to supporting small businesses and creating more jobs.

Her ads tout her work to modernize the electric grid and highlight her support for Biden’s American Rescue Act. “It's hugely popular here in the district because it's about investments in people,” she said.

She has also dinged Moores for opposing some pandemic relief measures in the legislature while taking a government loan for his own small business.

To push back against her opponent's attack on public safety, Stansbury cut a TV ad featuring a retired sergeant in the sheriff’s office to vouch for her work to secure money for law enforcement in the entire metro area. "I've helped to deliver probably hundreds of millions, definitely tens of millions, of dollars in public safety funding to the city," she said.

But she has largely avoided discussing the BREATHE Act since she voiced support for it in a tweet and at an April forum hosted by the New Mexico Black Voters Collaborative.

In an interview with POLITICO, she said Moores had misrepresented her record. She didn't go into specifics but noted that he skipped that the forum hosted by the black community and said, "That in and of itself speaks volumes."

“We need to be talking about systemic racism and how that interfaces with policing in our criminal justice system," Stansbury said. "I support reform measures to make sure that people are safe."

Her campaign later clarified that — because it is not a bill before Congress — that there were parts of the proposal she would not support if included in the final version, including the emptying of federal prisons. She does, however, support ending private and for-profit prisons.

Yet Moores said he rejects any attempts she makes to distance herself from any part of the BREATHE Act.

“She was a D.C. staffer," he said. "She knows processes. It’s not like she didn't know what was in it, as someone who self-describes herself as a policy wonk.”

Privately, some Democratic strategists think Stansbury's favorable comments on the BREATHE Act handed the GOP an opening. But in a district where registered Democrats greatly outnumber Republicans — and in a special election where base turnout is crucial, and persuadable voters are scarce — supporting sweeping criminal-justice reform while remaining murky on the specifics might be a sound strategy.

Yet back in D.C. and in swing districts across the country, Democrats are still embroiled in a heated debate over how to best respond to the “defund the police” attacks, like those waged by Moores. The caucus holds widely divergent views on just how potent of a hit it was in 2020, and there's still concern from more moderate members who oppose defunding the police and dislike being tied to their party’s vocal left flank.

“If they're continuing to yell, ‘Defund the police,’ it means they’ve done some polling. And they know that turns voters off, the slogan,” said Rep. Emanuel Cleaver (D-Mo.) of GOP messaging.

That was a topic of discussion at a meeting of House Democrats last week, where the party’s campaign arm revealed the findings of a post-mortem on the 2020 elections. The attacks smearing Democrats as socialists who want to disband law enforcement worked to some extent, Rep. Sean Patrick Maloney (D-N.Y.), the campaign committee chair, told his colleagues. And Democrats have to respond to them. 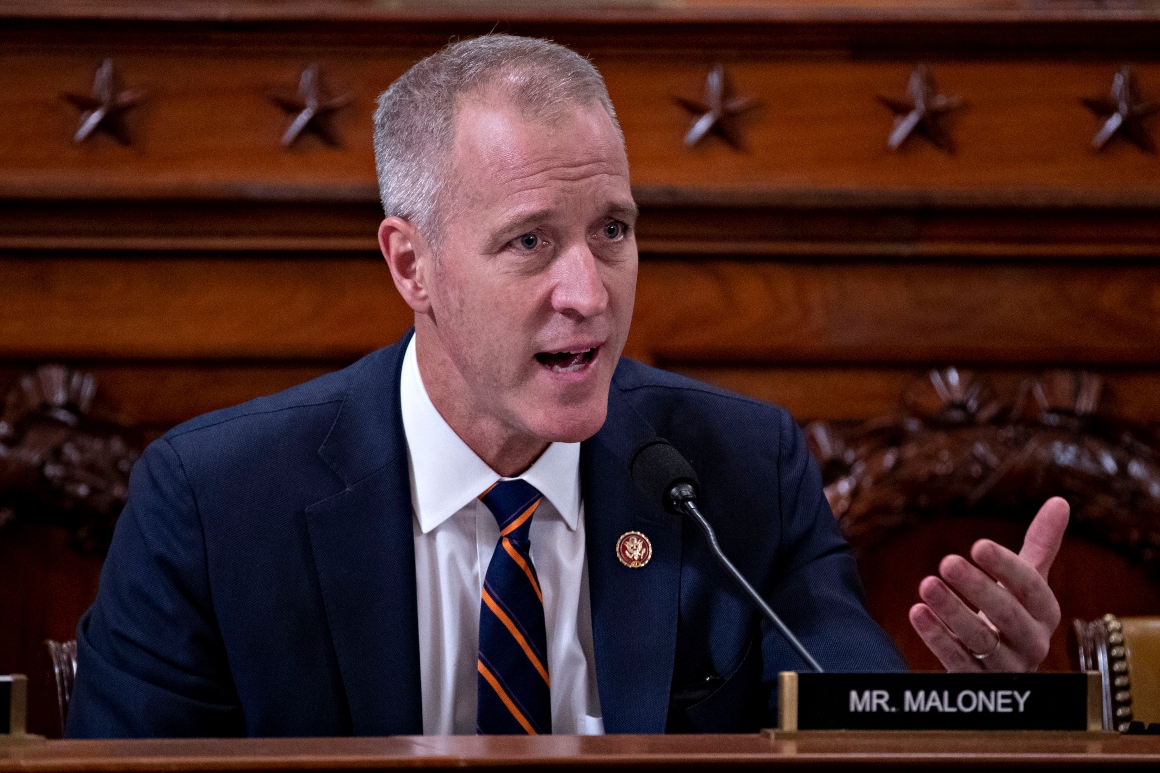 “When you have a bunch of very popular reforms, you talk about the specifics because they're caricaturing the general idea,” Maloney told POLITICO, describing the results of his analysis. Reforms such as increased police training and widespread use of body cameras can appeal to voters when explained, he said. And he believes the magnitude of the attacks were exaggerated last cycle, and that they will be less effective in 2022.

“Get your side out, and get it out aggressively. Don't pretend this isn't a serious attack," he said.

After a disappointing shutout in a Texas special election earlier this month, Democrats focused on retaining this seat. Stansbury outraised Moores $1.4 million to $600,00 by mid-May and has outspent him on the air by some $500,000.

Early voting has been taking place for most of May and concludes this Saturday. Stansbury said she's noticed no drop-off in enthusiasm on the Democratic side like the one seen in Texas.

Moores, meanwhile, has tried to navigate carefully around Trump, who just lost the district resoundingly but still holds a command over the base. He acknowledged Biden as president in an interview with POLITICO but declined to say whether Trump’s election-rigging claims had merit. Asked if Trump was to blame for the riots on Jan. 6, he said only that everyone bore responsibility for increased violence nationwide, and that he believed a bipartisan commission should also explore civil unrest across the country last summer.

His focus on crime also fits in well with the Trump-led GOP strategy of the last election.

"No one lives in Albuquerque without having a personal experience with crime," Moores said.

"I've been shot at. I've had my truck stolen. I've had my house broken in, and I had my identity stolen," he added. "You have to find issues that matter in your community."