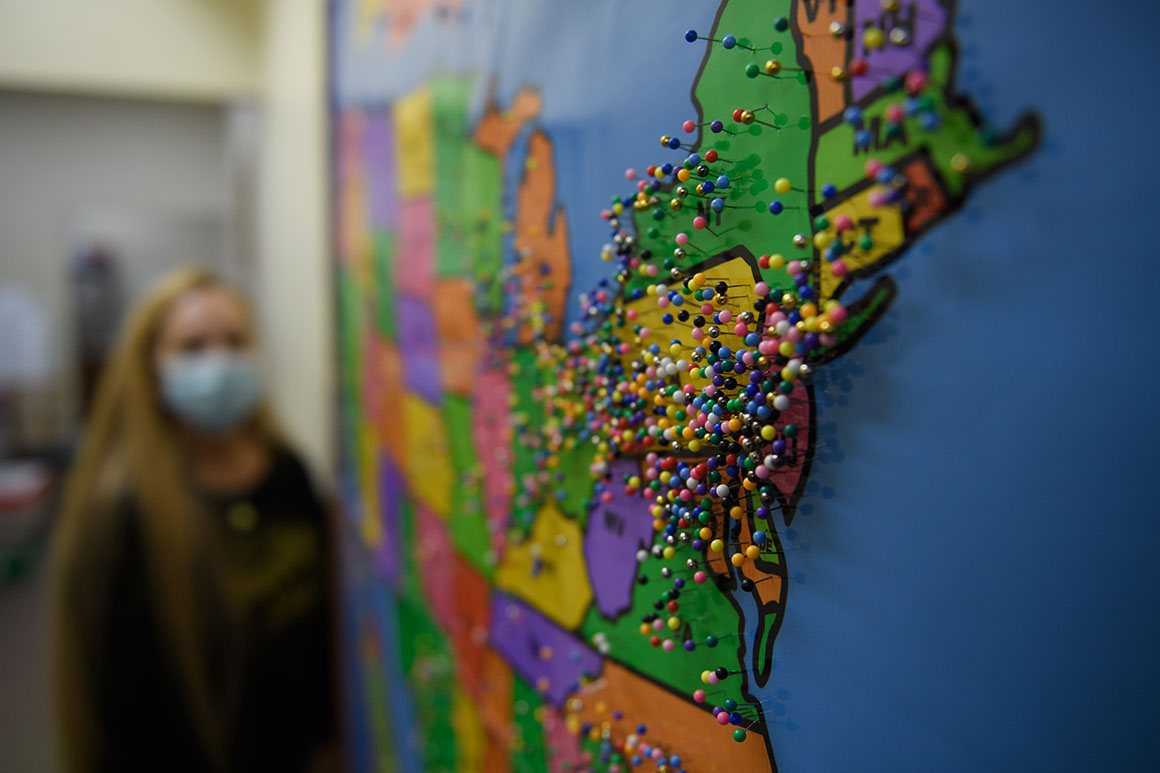 Democrats didn’t flip a single state legislative chamber in 2020, dashing pre-election hopes that they could move several chambers into their column. Now, downballot Democrats are warning that they need more money to avoid an even worse fate in 2022.

The consequences for the party for the disappointing 2020 cycle are already evident: Republican legislatures across the country are advancing bills that would make it harder to vote — including in swing states like Arizona and Georgia, where despite Democrats’ success higher up the ticket, Republicans have trifectas in state government. They also lack a say in the redistricting process in critical states like Texas and North Carolina, where Republicans will draw the political boundaries for the next decade.

And now, downballot-focused Democrats are pleading for more resources to help buoy Democratic legislators and candidates in what could be a tough midterm cycle, and to stand as a bulwark against Republicans in states across the country.

“The Republicans are working levers of powers in ways that Democrats, I think, don’t understand,” Jessica Post, the president of the Democratic Legislative Campaign Committee, said in an interview. “Part of what we’re trying to say to Democrats and the broader progressive community is, ‘Look at what’s happening in states right now.’ If we had been better funded in the 2020 election, we could have prevented some of this from happening.”

After flipping both chambers of Virginia’s state legislature in 2019, Democrats were hoping to ride that momentum to taking chambers across the country last fall. Instead, they came away largely empty handed, with the only two legislative chambers flipping in November coming in New Hampshire — where Republicans took control of the legislature and cemented unified control of the state government.

The DLCC has charted out an expansive state legislative battleground list, highlighting the states it expects to invest the most into over the next two years. The list, shared first with POLITICO, includes the immediate goal of defending the Virginia state House later this year — which Democrats flipped in 2019, the first time they held the chamber since last millennium.

It also has a mix of offensive and defensive targets for 2022, including trying to flip chambers in states like Michigan, Arizona and Pennsylvania, and defending majorities in Nevada, New Mexico and Maine.

To do so, the DLCC is pleading with donors to invest more, and earlier, in state legislative races. The DLCC memo notes that while the $51 million it raised last cycle was an historic amount for the committee, Senate candidates in states that ultimately weren’t all that competitive were raising significantly more — like $96 million for Kentucky Democrat Amy McGrath’s “longshot campaign.”

“I think donors need to consider what is the return on investment,” Post said. “I think we as Democrats, we just sort of run for the shiny object and the thing that is the most exciting in the moment, whereas Republicans have taken a long term strategic approach to building power in the states. And it just seems to catch up with us at every turn.”

Post said that the results of 2020 made clear that Democrats need to invest in state legislative races specifically, because Democrats can’t rely on top-of-the-ticket coattails to flip chambers.

“We have some very clear proof points from the last election cycle. We had [now-Sen.] Mark Kelly win statewide in Arizona, and we didn’t get the Arizona chambers,” she said, also citing now-President Joe Biden outperforming Texas state legislative candidates. “You can’t invest in the state at the top and expect that work to go down to the bottom of the ballot.”

But Democrats will be battling dual headwinds over the next two years with state legislative elections: a midterm campaign when the party controls the White House, and the uncertainty created by a long-delayed redistricting process.

Many of the committee’s top legislative targets are defending gains made over the last several years, like holding the state Senates in Colorado and Maine, which both flipped in 2018. But the DLCC asserts that the country’s recovery from the pandemic, combined with warring factions within the GOP, could help buoy the party in what would otherwise be a tough midterm.

“Imagine as we get folks vaccinated, people can travel and see their grandchildren. I think that’s going to create a great environment,” Post said.

And an extensive delay in the redistricting data across the country is creating a significant uncertainty for legislative maps. Committees, lawmakers and outside groups won’t actually know the political boundaries until the last quarter of this year at the earliest.

It also means that the legislatures and commissions drawing the lines in states will have significantly less time to make the maps than in years’ past. Once the data is available, it will be a mad scramble for both candidates and mapmakers alike, which Post says underlines the necessity for groups like the DLCC to get a steady stream of funding now.

“We absolutely will continue to change this list and update it and refine it as we get districts,” Post said. “We’re already working closely with state legislators to develop strategies for redistricting. …[The delay] will create a need for us at the DLCC, and our partners at the National Democratic Redistricting Committee, to have infrastructure during a surge time.”