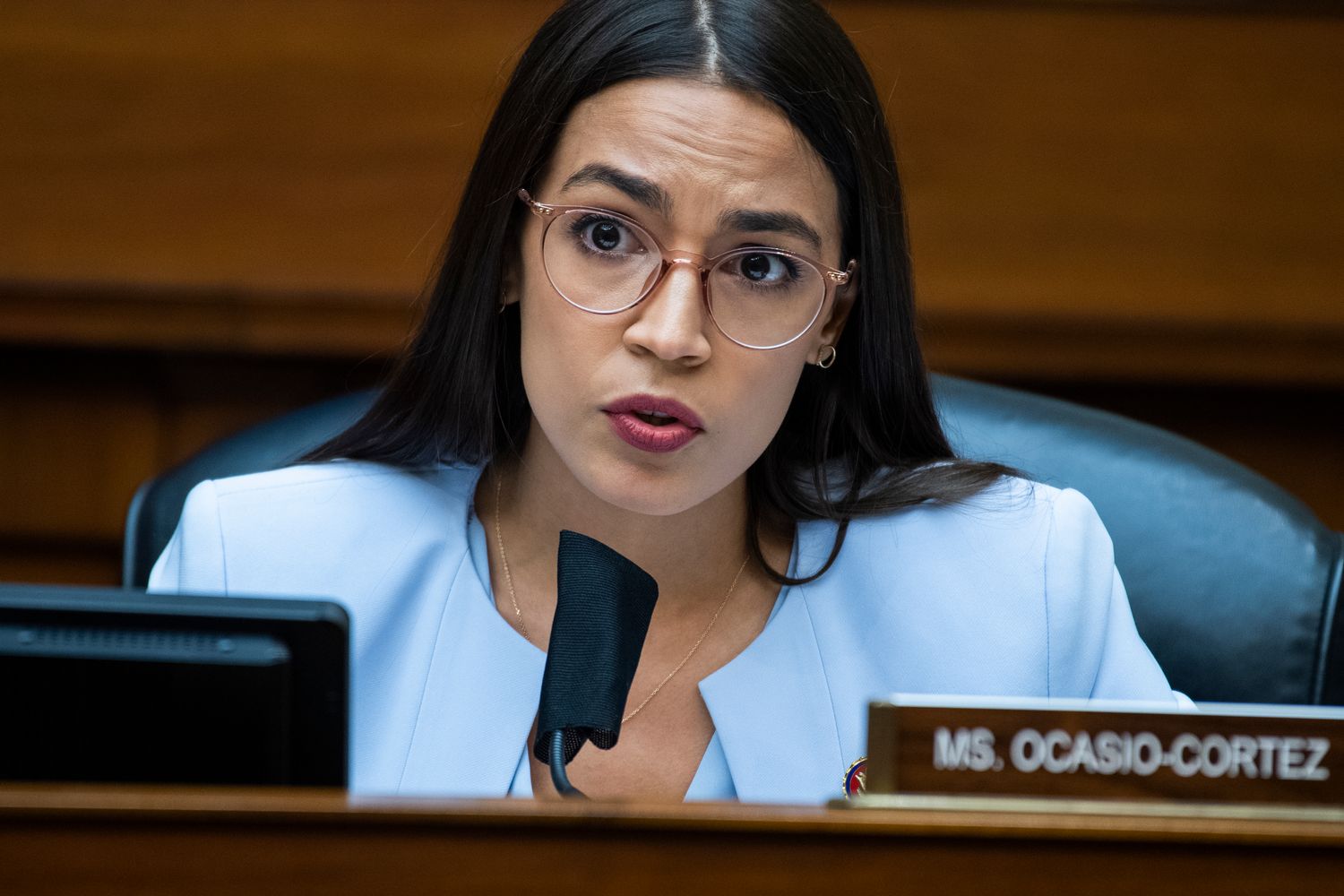 Removing federal penalties for marijuana looked like an easy win for Democrats two weeks ago, but the momentum has stalled.

Democrats have been scared off by Republicans' use of the marijuana bill to bludgeon Democrats on the lack of a coronavirus deal, and moderates in tight races worry it will be linked to hits they’re already taking over the “defund the police” movement. So instead of embracing the progressive messaging of this bill as an election win, House leaders are now thinking about punting marijuana until after November 3.

“In about two weeks, the conversation has gone from 'no problem' to people now doing a stutter step, maybe trying to … avoid this vote altogether,” said Rep. Lou Correa (D-Calif.), a co-chair of the moderate Blue Dog Coalition and a strong supporter of cannabis legislation. “[It] should have been a non-partisan vote, support on both sides of the aisle.”

Marijuana legalization has far-reaching national support from Democrats, independents and even a majority of Republicans, multiple polls show. Democrats have touted the MORE Act all summer as a criminal justice reform bill, amid ongoing protests over racial equity that a majority of the public supports. A disproportionate number of Black or brown people are arrested for cannabis possession each year, and this bill aims to reduce arrests and erase some marijuana criminal records.

Democrats also wanted to use this historic bill — legislation to remove federal penalties on marijuana never passed out of committee until earlier this year, let alone had a floor vote — to show that legalization would be possible if Democrats controlled both chambers of Congress.

But that message has been hijacked.

Senate Majority Leader Mitch McConnell (R-Ky.) hit House Democrats on Monday on weed, saying Dems are prioritizing marijuana over the massive public health and economic fallout from the pandemic. Democrats retort that the House passed a $3 trillion coronavirus aid package in May — and the Republican Senate has not yet taken it up. Senate Republicans introduced their own coronavirus package last week, but it did not get enough votes to clear a procedural hurdle.

Moderate Democrats, such as Reps. Abigail Spanberger (Va.), Max Rose (N.Y.), Lucy McBath (Ga.) and Anthony Brindisi (N.Y.), have been hit by Republicans for supporting a bill to “defund the police” — despite the fact that the bill does not defund police, but rather would create a national database to track offenses and crack down on excessive force. Those attacks, however, have increased worries about how voting to expunge cannabis records will play among voters already uneasy about broad police reform.

READ:  Trump goes MIA as former aides deal with the harm he caused them

House leaders are now talking about punting the marijuana decriminalization bill — which was planned for a vote next week — until the lame duck session, in hopes of soothing moderate worries weeks before the election and getting a higher vote count for the weed bill in return.

“I'm not worried about [the marijuana bill]; I'm for it. I'd like to get it done,” House Majority Leader Steny Hoyer (D-Md.) said on Tuesday, but added that lawmakers need to concentrate on coronavirus aid and funding the government. “The other bills are not timely. We could pass them today, [or] we can pass them tomorrow.”


Even though the bill is not likely to pass the Senate, House Democrats thought the messaging created by this bill was important. Progressives and Democrat strategists say the marijuana vote would actually help in most congressional races and that a vote for the measure won’t turn away voters in droves.

“If you're trying to punt it as a result of a political calculation, I disagree with that calculation,” said Rep. Alexandria Ocasio-Cortez (D-N.Y.), a co-sponsor of the bill. “This is an enormously popular policy — not just for our base, but it's also very popular amongst certain parts of registered Republican voters and independent voters. I think this is a win-win-win policy, and I think that we should be doing this before the election.”

Political strategists say that while each House race has its own dynamics, moderates should see the MORE Act as a way to turn out both their Democratic base and undecided independents and not worry about how it plays to voters worried about the “defund the police” movement.

“If you're already motivated on the [idea that] the thundering hordes are coming over into your suburbs to take away your wife and imprison you in a socialist hell, I'm not sure being for [marijuana] is going to add any fuel to that fire,” said Joe Trippi, a Democratic strategist.

READ:  In break from norms, Trump speaks from the White House at RNC

Talking about marijuana has helped boost turnout in past elections, said Sal Pace, a former Colorado House minority leader who now is a consultant focusing on the role cannabis plays in political races. He said targeting voters who care about cannabis helped increase turnout during now-Colorado Gov. Jared Polis’ 2018 campaign, which he worked on.

“If a candidate is talking about cannabis in an effective way, and they're running against someone who is not pro-cannabis legalization, that issue can be used to turn out young voters,” Pace said.

And with the national focus on criminal justice reform, many progressive say this bill should be a lock.

“This should be seen as a prime opportunity to address a form of systemic racism,” said Rep. Barbara Lee (D-Calif.), pointing out that the number of co-sponsors on the bill has jumped from 87 to 111 in the last two weeks.

Anti-legalization advocates, however, say the pandemic is not the right time to consider marijuana legislation.

“Allowing a massive corporate takeover of an addictive drug with scientifically proven public health harms is not good for our nation as we continue to grapple with a global pandemic, along with a crippling opioid crisis," read a letter sent by a coalition of advocates to House leaders on Tuesday. 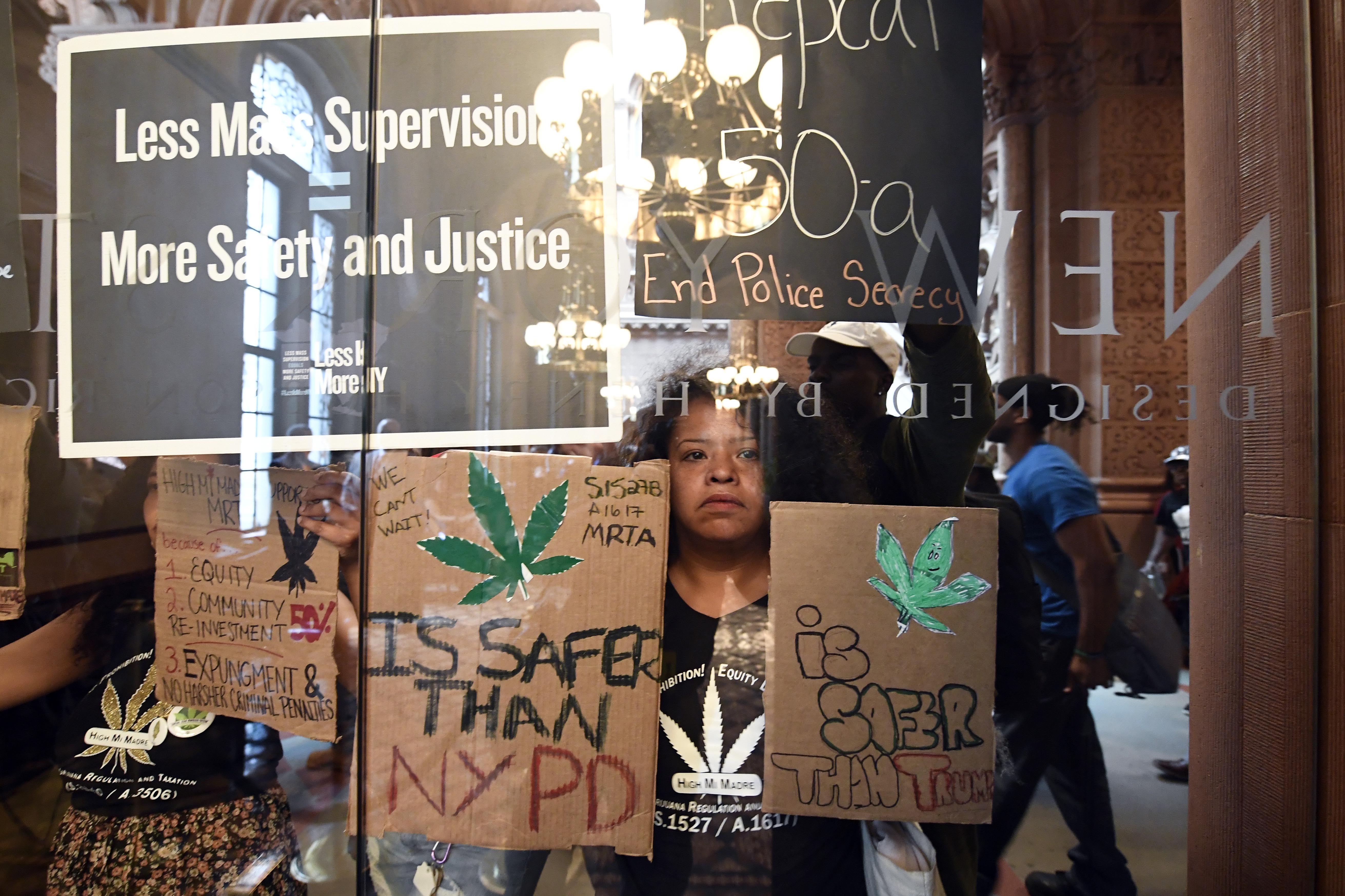 Progressive lawmakers also see voting on marijuana ahead of the election — rather than afterwards — as part of a bigger strategy: It could help flip the Senate.

Both Rep. Earl Blumenauer (D-Ore.) and Sen. Cory Booker (D-N.J.) argue that taking the unprecedented step of passing legislation to decriminalize marijuana — even if the bill will not pass the Senate this year — would encourage their base and increase Democrat turnout in key Senate races this year.

“There's a moral urgency in this I think a lot of voters understand — and that this is a motivating issue for them — especially for younger voters,” Booker said. “I know that everything's through a political guise, but I think no elections are going to turn based upon voting for something that is all about restorative justice in this country.”

Many moderates, though, say their problem isn’t with the marijuana bill — it’s on the lack of a coronavirus deal. When asked about a vote on marijuana decriminalization, for example, both Reps. Andy Kim (D-N.J.) and Spanberger said they are singularly focused on a coronavirus package. Kim added that he is fine with the House bringing marijuana up for a vote, but he — and other moderates including Lamb and Rose — also said they have either not looked at the bill or are still working through the issue with their staff.

“The focus of constituents — the real call for action, the real unmet needs out there — are emergency relief for the pandemic,” said Rep. Anthony Brown (D-Md.), a member of the Congressional Black Caucus who is en route to reelection in his solidly blue district. Brown said he is getting calls from constituents about the pandemic, but no one is reaching out about the marijuana vote.

In response, advocates and progressives argue the House should be able to deal with both the pandemic, funding the government through a continuing resolution, and still pass other important pieces of legislation.

For Perez and a number of other advocates, the House punting on marijuana while still taking action on other non-coronavirus legislation is a reiteration of the same conversation, heard by justice advocates time and time again.

“We like to tell people to wait when it comes to things related to justice, which is really frustrating, because that should be at the top of Congress members’ mind,” Perez said. “In my opinion, it's a civil rights bill, right? It's a social justice bill. Why are we not prioritizing it?”