TALLAHASSEE — Rep. Val Demings’ likely decision to take on Marco Rubio is scrambling several Florida congressional races ahead of 2022 — and could reshape the Democratic primary for governor.
Democratic state Sen. Annette Taddeo of Miami, who had b… 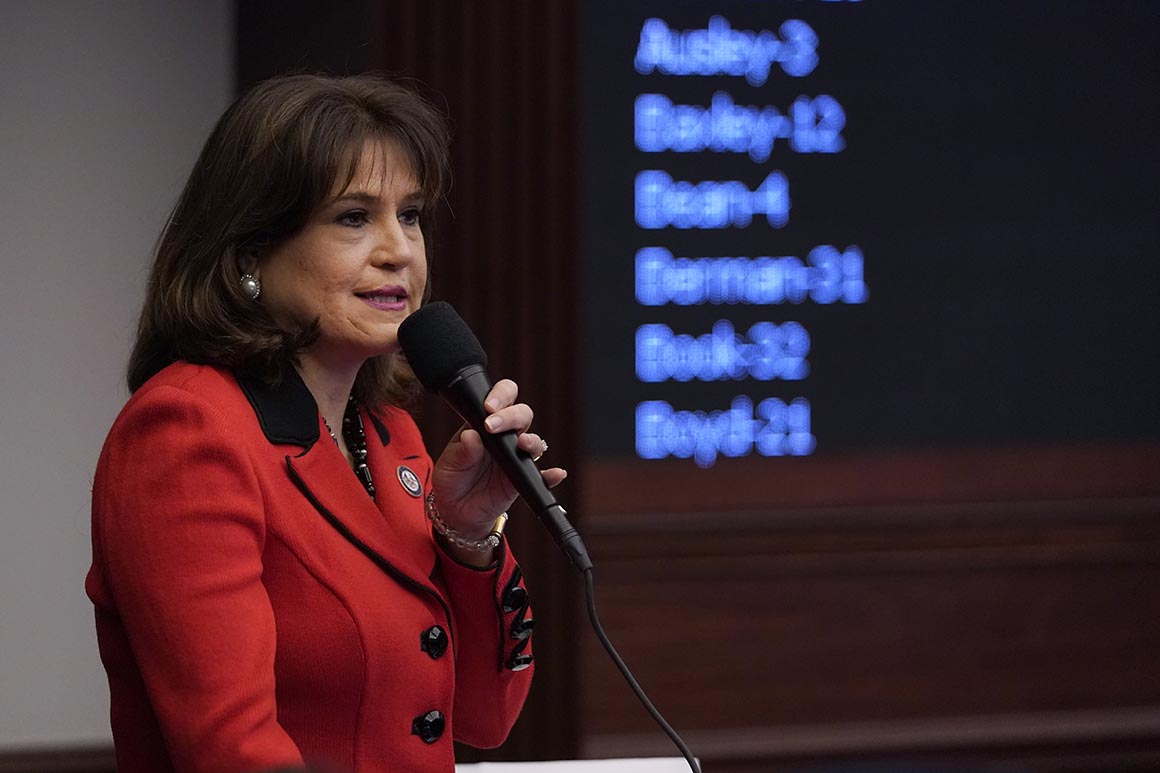 TALLAHASSEE — Rep. Val Demings' likely decision to take on Marco Rubio is scrambling several Florida congressional races ahead of 2022 — and could reshape the Democratic primary for governor.

Democratic state Sen. Annette Taddeo of Miami, who had been wavering on whether to run for governor, is now seriously reconsidering jumping into the race that would pit her against her old running mate, Charlie Crist. Crist, who shared a ticket with Taddeo as the Democratic nominee for governor in 2014, is the only Democrat who is officially challenging Republican Gov. Ron DeSantis.

“With Congresswoman Val Demings pivoting to a likely U.S. Senate campaign, I will continue meeting with supporters across the state to assess the best path for me to do the most good for the people of Florida,” Taddeo said. “Our state is in desperate need of change at the top and I am excited to have earnest conversations on how we build the strongest coalition to win statewide in 2022 and beyond."

The recent signals from Demings that she'll likely challenge Rubio instead of DeSantis continues to scramble several high profile races ahead of 2022. Two congressional hopefuls — one who was weighing a Senate bid — announced this week that they're vying for Demings' seat, while Rep. Stephanie Murphy (D-Fla.), who was also considering running for Senate, has chosen to run for reelection for her Orlando-based seat.

Taddeo, 54, said she has been actively courting donors, and has highlighted a polling memo — which was done in mid-April — that contends the Democratic primary for governor is wide open because 34 percent of those surveyed were undecided. That same poll had Crist at 28 percent, Agriculture Commissioner Nikki Fried at 26 percent and Taddeo at 13 percent. The poll, done by Sea Polling & Strategic Design, has a margin of error of plus or minus 4 percent.

READ:  Foreigners in their own country: Asian Americans at State Department confront discrimination

Pollsters, however, maintained that when voters were told about Taddeo’s background, she got a bump among respondents that put her ahead of both Crist and Fried.

Taddeo was born in Colombia and her American father was a former fighter pilot who was captured by a Colombian rebel group that followed Marxist ideology. She eventually moved to Miami and her political path has included a stint as the head of the Miami-Dade Democratic Party before her 2017 state Senate win. She previously lost a bid for Congress in 2008 and for the Miami-Dade Board of County Commissioners in 2010.

Her background, supporters contend, can help counter Republican's framing Democrats as "extremists," a tactic that has worked well in 2018 and 2020, especially in Hispanic-heavy Miami-Dade County.

"Annette has lived the pain of socialist and communist regimes when her father was captured by the FARC in Colombia," read a polling memo circulated by Taddeo advisers. "She can speak forcefully and authentically to slam the door on baseless attacks and lies from Republicans when it comes to socialism."

State Sen. Randolph Bracy (D-Orlando) hinted that he was considering a run for governor in late March, even releasing a campaign styled video that outlined a potential platform. But the Black Democrat who pushed for criminal justice changes while in the Legislature announced this week that he would seek the congressional seat now held by Demings.

READ:  McConnell: Statues are up to the states

Others have highlighted other Black candidates who have been successful or near successful in Florida, including President Barack Obama, who won Florida twice, and Democrat Andrew Gillum, who in 2018 came within 40,000 votes of knocking off DeSantis. The ascent of Stacey Abrams in neighboring Georgia is also getting attention.

Among the names being circulated as a possible Democratic gubernatorial candidate within political circles is Sean Shaw, a Black former state representative who ran for attorney general in 2018. Shaw said, however, he is focused on running election-related statewide ballot initiatives at the moment.

“Sure, I have been approached,” he said in an interview. “But right now I’m focused on the ballot stuff.”

Crist is by far the best known of any Democrat in the field, and is in an early position to help set the tone.

"The thing that everyone is going to look for is what Charlie raises in the first month. Will it be $250,000? $500,000? I don’t know," said one longtime Florida Democratic consultant, who added that Taddeo getting in would likely impact the dynamics of a one-on-one Crist-Fried race. The Democrat was granted anonymity to speak freely about the dynamics of the political field. "I don’t even know what the over-under is for a Democrat right now, but Charlie’s fundraising number is going to set the tone for his strength and what Nikki needs to do."

After years of heartbreaking defeats at the hands of Republicans, some Democrats had hoped the field would be cleared and the party would get behind a single candidate. But that doesn't appear to be the case.

"It's Groundhog Day all over again. Setting up a brutal Dem gubernatorial primary so the broke and battered victor can face a clearly flawed but money-flush man-child in the general," said Beth Matuga, a veteran Democratic consultant. "It's like watching a train wreck in slow motion but you've already seen this particular train wreck five times, and there's nothing you can do to stop it."