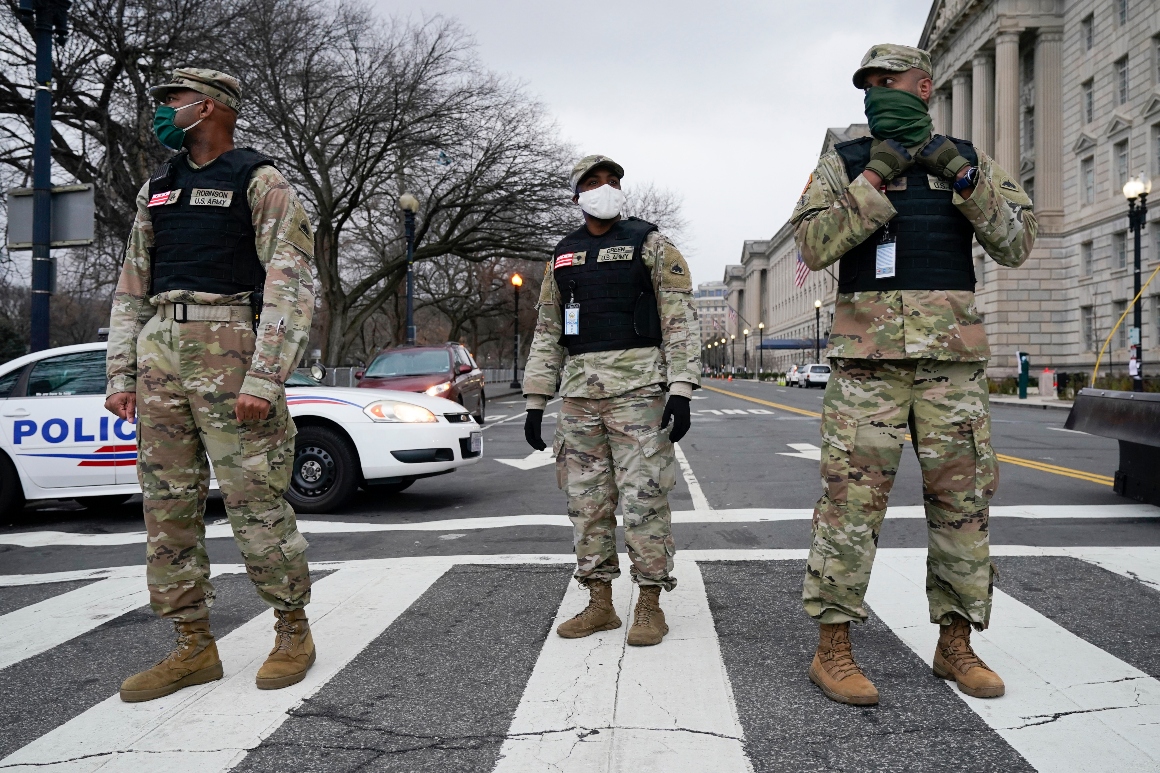 The deployment for the entire D.C. National Guard has been extended until March 31 in anticipation of “civil disturbance” throughout the nation’s capital, according to a memo obtained by POLITICO on Tuesday.

The extended deployment was confirmed by a National Guard spokesperson.

The memo, signed by D.C. National Guard chief Maj. Gen. William Walker and dated Jan. 25, orders troops to remain on duty at least through the end of March “in continued support of District and Federal civil authorities during anticipated First Amendment demonstrations and Civil Disturbance in the District of Columbia.”

The new orders suggest that law enforcement agencies in the nation’s capital are preparing for potential unrest in the coming days and weeks, as former President Donald Trump’s impeachment trial kicks off and his supporters issue threats to lawmakers.

POLITICO previously reported that the upcoming Senate trial poses a security concern that federal law enforcement officials have warned will require as many as 5,000 National Guard troops to remain in Washington, D.C., through mid-March. But the D.C. National Guard will now be in place for at least two weeks longer, standing by as a quick reaction force in case law enforcement needs backup. There are currently 7,000 troops deployed to Washington, D.C.

In addition to the D.C. Guard, troops from Maryland have been ordered to remain on duty through at least March 15. The National Guard Bureau initially said the orders will become voluntary after 31 days, but Guard sources said Tuesday that was not the case.

The guardsmen deployed to Washington, D.C., have also been ravaged by Covid-19 amid the sporadic implementation of safety protocols. While Guard leaders say publicly that fewer than 200 troops have tested positive, there are indications that the ultimate number will be far greater.


In addition to those who tested positive before last the weekend, one guard member said that about 90 of the approximately 600 troops who underwent mass testing on Saturday tested positive — a positivity rate of 15 percent. Of another batch of nearly 1000 tests, just over 100 were positive, the person said.

“That percentage may not extrapolate out to the entire force, but it is a pretty good indicator of where things are headed,” he said.

In one West Virginia National Guard unit, 107 troops out of 180 either tested positive or are in quarantine at their D.C. hotels, according to a person familiar with the matter.

In another company unit of about 60 troops, at least 15 tested positive and about 40 additional individuals have quarantined at one time or another due to symptoms, fevers or direct exposure to the virus, said another Guard member. The troops have been unable to social distance, particularly as they were living two to a hotel room for the first few days of the deployment, he said.

The number of Covid-19 positive cases has skyrocketed after guardsmen were tested en masse over the weekend. Some troops have received their first doses of the coronavirus vaccine during their deployment.