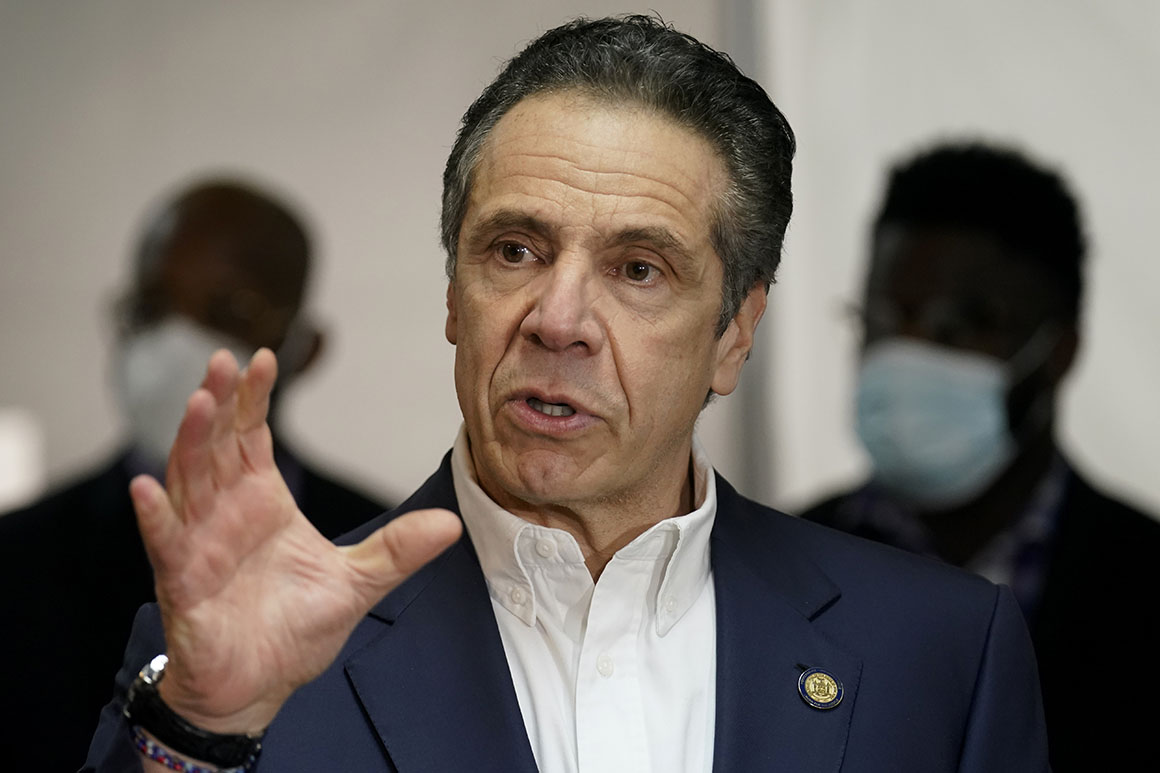 ALBANY, N.Y. — The New York State Assembly announced on Wednesday that it has selected the law firm of Davis Polk & Wardwell LLP to assist with its impeachment investigation into Gov. Andrew Cuomo. The choice immediately faced criticism from the attorney of a woman who has accused the governor of sexual harassment.

Assembly Speaker Carl Heastie said in a statement that the firm will give his house’s Judiciary Committee “the experience, independence and resources needed to handle this important investigation in a thorough and expeditious manner.” But Debra Katz, who is representing accuser Charlotte Bennett, pointed to some ties between the firm and the Cuomo administration, saying that the choice presents an “unacceptable conflict of interest.”

As with most large law firms that have a presence in New York, Davis Polk employs a number of attorneys who have had connections with state government over the years. Its past employees include former Gov. Charles Poletti, U.S. Sen. Kirsten Gillibrand, Rep. Mondaire Jones (D-N.Y.), and mayoral candidate Andrew Yang. Various attorneys at the firm have served on entities such as a 2017 Counterterrorism Advisory Panel created by Cuomo and state Attorney General Tish James’ 2018 transition team.

But it is retired partner Dennis Glazer who has attracted the most attention in the hours since the Assembly first made its announcement. Glazer is the husband of Chief Judge Janet DiFiore, who presides over the state's highest court, the Court of Appeals. Cuomo nominated her to the post, and she would join the Senate in determining Cuomo’s fate if the Assembly impeaches him. Glazer worked at the firm for three decades, and since his retirement, he was appointed by Cuomo to a 2014 board that determined which upstate towns would be allowed to build casinos.

The selection of a firm that once employed Glazer could give the women accusing Cuomo of sexual harassment pause, said Katz.

Katz contrasted the retaining of Davis Polk with James’ decision to retain Joon Kim and Anne Clark, “two attorneys with a wealth of experience and independence,” in her own investigation into the allegations against Cuomo.

Even those selections, however, might be used to illustrate how difficult it can be to find a firm that doesn’t have connections to a governor who has been involved in state politics for four decades. Kim is a partner at Cleary Gottlieb Steen & Hamilton LLP. That firm’s attorneys include Evan Davis, who was Mario Cuomo’s counsel for nearly six years. Clark works at Vladeck, Raskin & Clark. The former partners there include Milton Williams, an appointee to the Cuomo-created Moreland Commission on Public Corruption who later represented two of the individuals charged in a corruption case that ensnared top Cuomo aide Joe Percoco several years ago.

“Davis Polk is a large multinational law firm with hundreds of employees and thousands of clients,” DiFiore spokesman Lucian Chalfen said in a statement. “The Chief Judge has neither any connection to the firm nor was involved with its choice by the Assembly Judiciary Committee.”

“Davis Polk was thoroughly vetted and the three attorneys retained are extremely well qualified,” said Assembly Judiciary Committee Chair Charles Lavine, who is leading the impeachment investigation. “I am confident they will assist the committee and me to conduct a fair and impartial investigation.”

One source familiar the Assembly’s decision, however, contrasted the three Davis Polk attorneys with James’ choices. Clark, for example, has “experience in sexual harassment cases,” while a “corporate defense firm like Davis Polk … is typically in the role of defending against sexual harassment cases.” Beamon’s profile says she has experience “representing companies, board of directors and individuals with allegations of sexual misconduct.”

The Sexual Harassment Working Group, an advocacy organization in New York composed of former legislative staffers who had reported harassment, echoed those concerns in a statement of their own.

“The Speaker and Assembly Democratic majority are buying the Governor time by conducting an 'impeachment investigation,' led by a law firm selected without a transparent process, that has a clear conflict of interest and lacks significant employment law experience, all in the hopes that the public outrage dies down,” the group's members said in their statement. “After years of being subjected to Joint Commission On Public Ethics interviews and inquiries, we know first-hand how traumatic an investigation that lacks independence and is not trauma-informed can be.”

READ:  Trump exults in rocket launch as chaos unfolds around the country