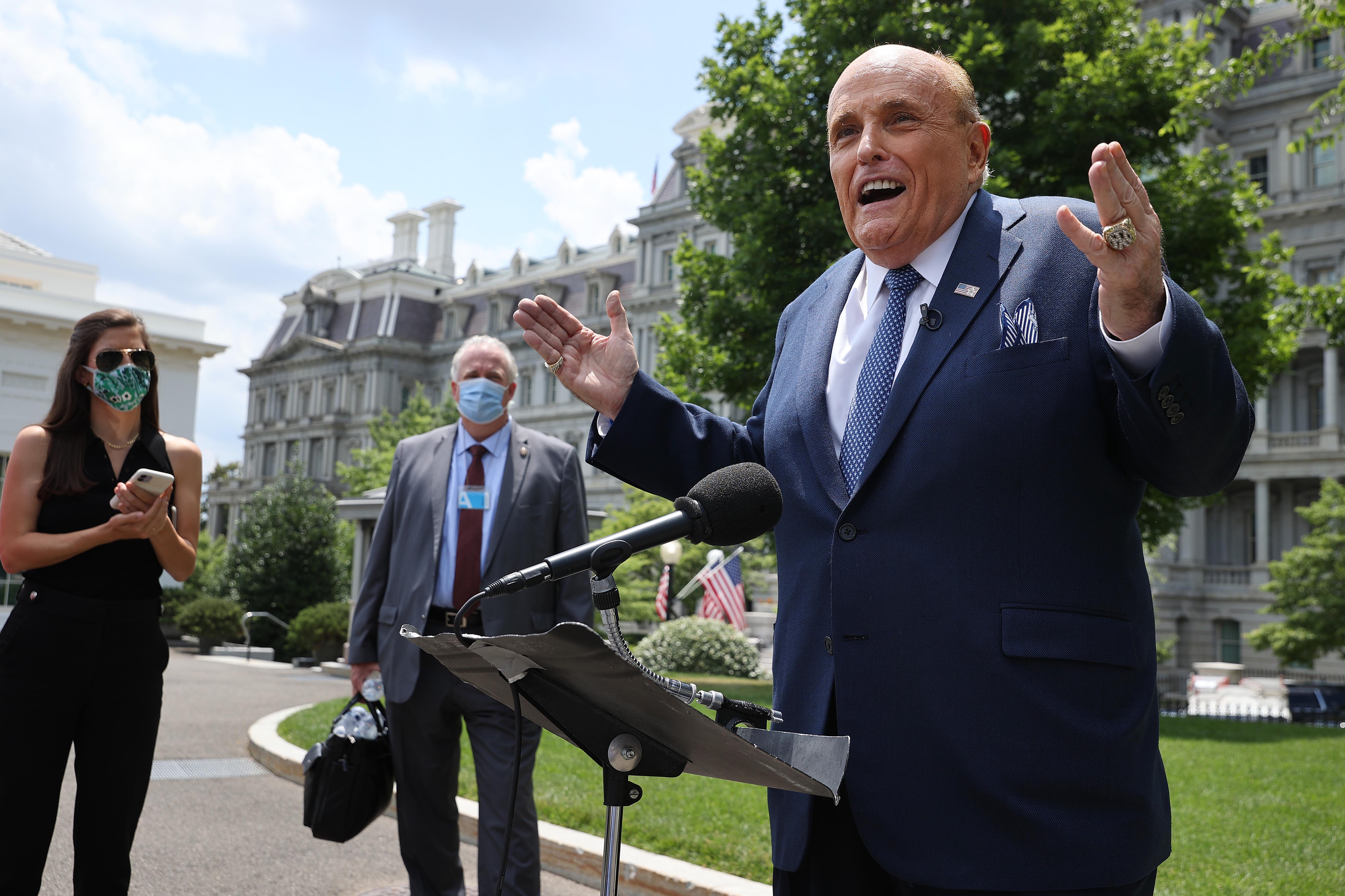 A federal judge has denied a request from President Donald Trump’s attorney Rudy Giuliani for the return of a trove of digital information the FBI seized in a raid on his Manhattan home and office last month as part of an investigation into potential violations of laws on lobbying for foreign entities.

However, U.S. District Court Judge Paul Oetken said in a written order Friday he will appoint an outside lawyer as a so-called special master to oversee the process of making sure investigators don’t get access to attorney-client privileged materials they are not entitled to.

“The Court agrees that the appointment of a special master is warranted here to ensure the perception of fairness,” Oetken wrote.

Prosecutors from the U.S. Attorney’s Office in Manhattan sought the special master appointment, citing a precedent from a similar seizure of information from former Trump attorney Michael Cohen in 2019.

The judge declined a request from Giuliani's lawyers asking that the FBI's seizures of 18 computers and other devices essentially be reversed and that prosecutors have to proceed instead by subpoenaing information from Giuliani and letting him decide what to produce in response.

Oetken also denied a request from Giuliani’s attorneys for return of information secretly seized from his iCloud account in 2019 and for access to the affidavits the government submitted to get the search warrants. The judge said Giuliani seemed to be trying to gain insight into the government’s investigation of him, but he doesn’t have that right at this stage.

“He is not entitled to a preview of the Government’s evidence in an ongoing investigation before he has been charged with a crime,” wrote Oetken, an appointee of former President Barack Obama. “If Giuliani is charged with a crime, of course, he will be entitled to production of the search warrant affidavits. ... But such disclosure is premature at the present stage.”

Giuliani has come under scrutiny by federal prosecutors over his work related to Ukraine in 2019 and 2020 as part of a broader effort to trigger investigations there that could have proven politically damaging to President Joe Biden, who was seen at the time as a strong potential challenger to Trump.

Giuliani has contended that his Ukraine-related efforts were made on behalf of Trump, but prosecutors appear to believe the former New York City mayor may have been trying to influence U.S. government decisions on the behalf of Ukrainian officials or individuals. Giuliani’s lawyers have said prosecutors are investigating potential violations of the Foreign Agents Registration Act and a similar criminal law that prohibits acting in the U.S. as an agent of a foreign government without registering.

Oetken also rejected parallel requests from Victoria Toensing, a Washington-area attorney whose phone was seized the same day as the raids on Giuliani and who also worked on matters related to Ukraine. Her phone was returned, but she appeared to be requesting that the government erase the information it took from the device and during an earlier search of her online accounts.

“Lawyers are not immune from searches in criminal investigations,” the judge wrote. “These materials were obtained pursuant to search warrants, based on probable cause, and the Government’s investigation is ongoing. There is nothing improper or unlawful about the Government’s retention of them.”

Both Giuliani and Toensing will be able to review the seized materials as the special master does and make suggestions about what should be kept from investigators as privileged, Oetken said. He did not immediately name someone to act as special master in the case, but asked both sides to give him proposals by June 4.