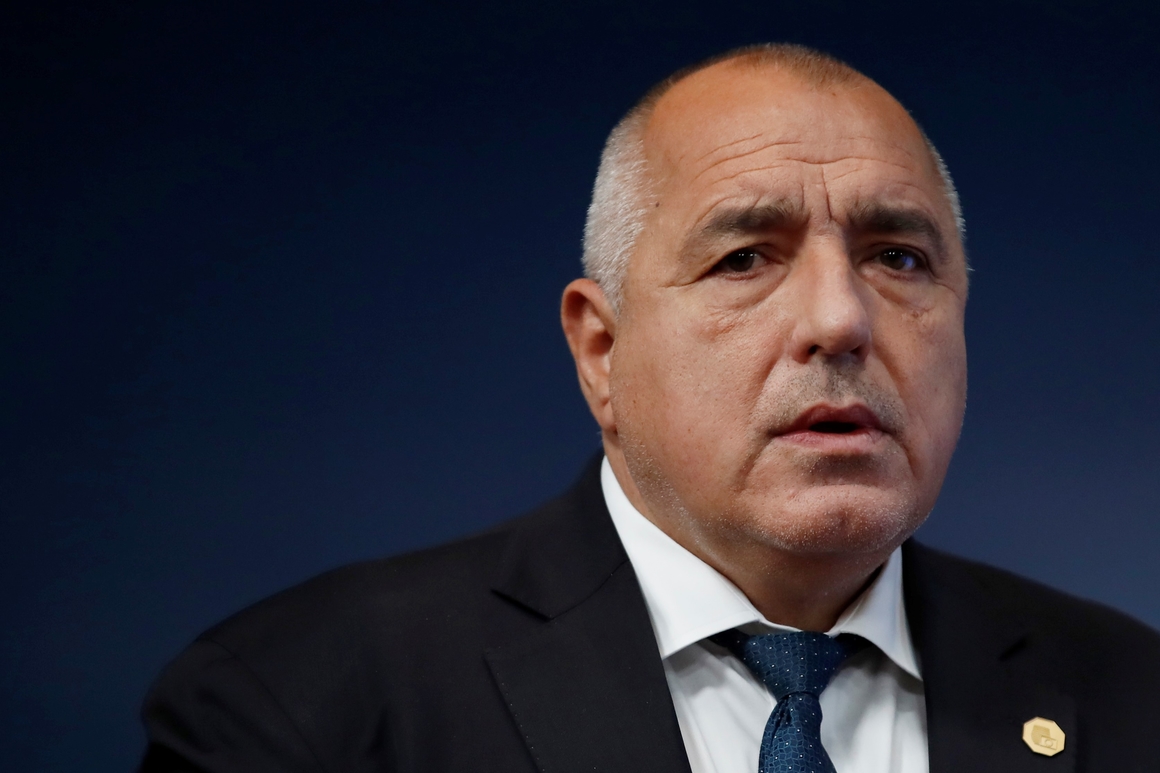 For more than a decade, German Chancellor Angela Merkel and other center-right EU leaders have never wanted to peer too deeply into how their faithful Bulgarian ally Boyko Borissov runs his country.

They will now finally have to lift the lid on his premiership. The burly former firefighter and karate champion is battling for his political survival in a Hydra-headed corruption crisis that is laying bare how unaccountable oligarchs have wrapped their tentacles around key institutions such as the judiciary.

Since Thursday night, the Balkan nation has erupted in the biggest wave of anti-government protests in seven years, with thousands of demonstrators calling for the resignation of Borissov and the country’s chief prosecutor.

In Sofia on Friday night and on the Black Sea coast on Saturday, the protesters clashed with police — and footage of police brutality is catalyzing the anti-oligarchy movement. The father of a hospitalized law student has caught particular media attention with his claims that officers beat his son unconscious with blows to the head and chest.

Bulgaria’s socialist president, Rumen Radev, has spotted his opportunity to break Borissov’s grip on the state ahead of next year’s elections and is calling on the EU to finally weigh in on the country’s poisoned legal system.

“Now that Bulgarians have taken to the squares, Europe has no right to look at Bulgaria with eyes wide shut. Europe needs a democratic Bulgaria, a Bulgaria with rule of law,” he said in an address.

Borissov insists he’s not budging. On Saturday night, he posted a barely audible Facebook video of himself standing before an icon of the Virgin Mary, in which he defended the police and styled himself as the only leader who could keep Bulgaria on a pro-EU trajectory. His target was Radev’s Socialist Party, whose own corruption scandals and links to organized crime limited Bulgaria’s access to EU funds in 2008.

“The [Bulgarian Socialist Party] will break the state,” he argued. In a peculiar aside on his public works projects and ability to secure EU funds, Borissov boasted that his GERB party had “built twice as much motorway as [Communist dictator] Todor Zhivkov.” (The claim is not as impressive as it sounds as Zhivkov’s Bulgaria was conspicuous for its lack of motorways.)

At least within his own political family in Brussels, Borissov's center-right allies in the European People's Party are showing no public signs of wavering. Manfred Weber, the EPP's group leader in the European Parliament, released a statement on Friday saying that he fully supported Borissov and his government's "fight against corruption."

While Borissov wants to refocus the debate toward the failings of socialist politicians — easy targets who are the successors of the former Moscow-linked Communist party — that will do little to assuage increasingly broad-based anger over simultaneous scandals brewing on his watch. In an attempt to shift the blame, Borissov accuses Radev of pursuing a personal vendetta against him, and even of pursuing him with a drone.

The immediate focus of the current protests is on two powerbrokers who shun the daily limelight: Ahmed Dogan, former head of the country’s ethnic Turkish party, and his ally Delyan Peevski, a media baron. The crisis reached a fever pitch in recent days because of a debate over why the two men were entitled to protection from state security, and how they seemed to hold sway over Borissov and state prosecutors.

The trigger point came on July 7 when Hristo Ivanov, a former justice minister and leader of the anti-corruption Yes Bulgaria party, pulled off a successful video stunt by filming his landing in a rubber dingy on a Black Sea beach. While the beach is theoretically public land, Ivanov was set upon by security guards because the stretch of coast is the basecamp of Dogan.

Ivanov, who argues that Dogan and Peevski have hijacked the justice system, turned his video into a rare test of accountability of the state's shadowy security apparatus by questioning the identity of the “anonymous gentlemen” on the beach.

Throughout this escalating scandal, Borissov remained silent, before finally emerging to deliver a rambling monologue on Friday morning in which he sidestepped Dogan's status, and suggested that Peevski needed NSO guards because of a sniper plot to kill him a few years earlier. Borissov was dismissive of the suggestion that the men who ejected Ivanov from the beach could have been NSO agents, and called for the avoidance of any potential ethnic tensions with the Turkish party.

Matters went from bad to worse later in the day when the NSO’s top general, who was later forced to resign, also seemed to do Dogan a favor by seeking a sea and air cordon around his beachfront headquarters.

Borissov only performed a volte-face on Saturday, after clashes in Sofia and on the Black Sea coast, by saying steps should be taken to remove NSO protection for Dogan and Peevski. They pre-empted the prime minister and said they would no longer use the guards.

In itself, Borissov’s indecisive handling of the case on the NSO agents would be inflammatory, but it comes just as he is under attack in even more bewildering — and, as yet, not fully explained — confrontations.

A casino and lottery baron called Vasil “The Skull” Bozhkov, who has fled to Dubai, is accusing Borissov of shaking him down for millions of euros — something that the Bulgarian government denies.

Last month, Borissov was also forced to give an emergency press conference over a set of photographs posted online of him asleep in bed with a gun on his bedside table, and a drawer crammed full of €500 notes and small bullion bars. While he admitted the basic image of him in bed appeared genuine (which would seem to ask major questions about his security staff), he accuses his political enemies of faking the photos showing a drawer brimming with loot. Playing up his EU credentials, Borissov casts the allegedly sham photos as part of a plot to thwarting Bulgaria's path to the eurozone, which will be accompanied by tighter financial oversight of the banking system.

One factor that could come into play in the protests is that they come amid growing frustration with the practices of the GERB party.

Bulgarians complain that jobs in the public administration — be it as cleaners or mid-level officials — increasingly require ties to the GERB network. Companies also complain that they are asked to pay sweeteners — as was exposed in the “sausage-gate” scandal of 2017, in which the nation exploded in uproar over a GERB official being accused of extorting bribes in the form of tons of sausages.

For Borissov, the overarching threat is indeed that patience is wearing thin with his party.

Tsvetan Tsvetanov, GERB's former No. 2 who has split off to form his own political group after being caught up in a housing scandal, has warned that half of the party's voter base could peel away amid the current showdown.

GERB itself is accusing Radev of acting irresponsibly and is calling for calm on the streets.

“We will not allow a civil war, even if we have a chance to win it,” said Borissov's deputy prime minister, Tomislav Donchev.