The vote on the legislation marks one of the few bipartisan moves by Congress to take action against China since the start of the coronavirus pandemic. 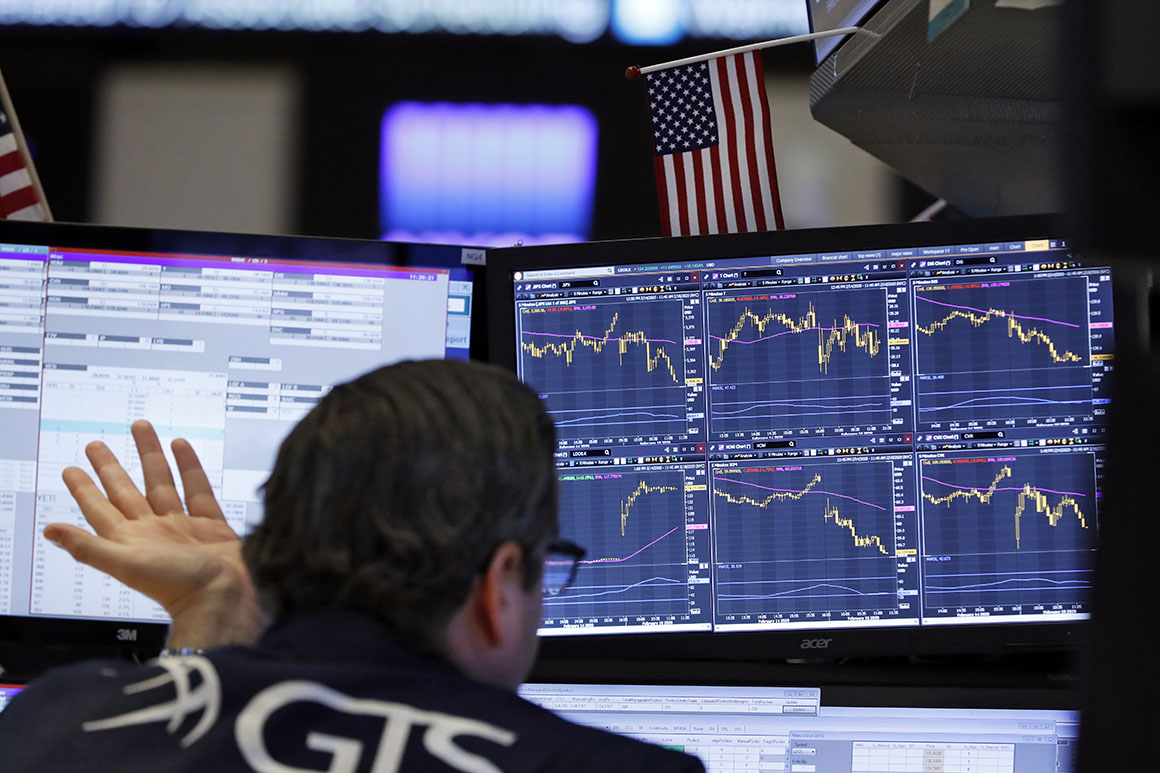 The House cleared legislation on Wednesday that threatens to kick Chinese companies off U.S. stock exchanges if they continue to deny U.S. regulators access to their audits, sending the bill to President Donald Trump for his signature.

The vote on the legislation, S. 945 (116), marks one of the few bipartisan moves by Congress to take action against China since the start of the coronavirus pandemic. The bill — which passed the Senate unanimously in May — is also part of a broader crackdown on China's involvement with Wall Street that has been gaining momentum in Congress, within the financial industry, and the White House.

"This may be one of the most important investor protection pieces of legislation this year," said Rep. Brad Sherman (D-Calif.), chair of the subcommittee overseeing capital markets on the House Financial Services Committee, in an interview before the bill was cleared on a voice vote.

Sherman said he was confident that Trump would sign the bill, adding that Sen. John Kennedy (R-La.), the sponsor of the legislation in the Senate, "certainly hasn't heard that the President plans to veto the legislation."

The legislation would require foreign companies to provide access to U.S. auditors to inspect their financial reports or else risk being prohibited from trading on any U.S. stock exchange or over-the-counter market. It calls on the Securities and Exchange Commission to produce rules that would prevent trading in stocks of companies that have blocked inspectors for three consecutive years.

Congress also directed that the SEC rules require new disclosures from these companies, including whether they are under government control, have Chinese Communist Party officials on their corporate boards, and have any shares owned by governmental entities.

“We firmly oppose politicizing securities regulation. We hope the U.S. side can provide a fair, just and non-discriminatory environment for foreign companies to invest and operate in the U.S., instead of trying to set up various barriers,” Hua said.

But Kennedy said it was a matter of protecting U.S. investors, including retirees.

If Trump signs the bill into law, it would mark a major escalation of a longstanding conflict between the two countries regarding access to U.S. capital markets. China has continually refused to allow American regulators to review the accounting audits as required under the Sarbanes-Oxley Act of 2002, an issue that financial regulators have documented in detail.

Congress strengthened federal accounting audit laws, including through the inspections at issue in this bill, after a number of notable scandals where Enron, WorldCom and other public companies entered fraudulent balance sheet entries to deceive investors.

READ:  Trump defends actions in lead up to Covid diagnosis in video posted from Walter Reed

But as Chinese equities have poured onto U.S. stock exchanges in recent years — a congressional committee said that as of October, the 217 companies listed on the three largest U.S. exchanges have a total market capitalization of $2.2 trillion — the problem has raised greater alarm among lawmakers, investor advocates and Trump himself.

Concerns escalated this year after an accounting scandal led to the delisting of Xiamen-based Luckin Coffee from the Nasdaq stock exchange. The company was touted as a Chinese rival to Starbucks and went public on the U.S. exchange in May 2019. But its shares plummeted in April after an internal investigation uncovered $310 million in fabricated transactions.

There were signs of bipartisan support in the House for Kennedy's bill: The day the Senate bill passed, Sherman announced he would introduce identical companion legislation.

Nasdaq also proposed more stringent listing standards this summer for countries that restrict access to regulators, including in China.

Passage of the bill also follows the release of a White House report in August where SEC Chairman Jay Clayton and other top regulators endorsed new rules to delist Chinese companies that don't allow the U.S. accounting watchdog access to documents used by their auditor.

"I urge the President to sign this bill into law immediately,” said Sen. Chris Van Hollen (D-Md.), an original co-sponsor of the bill.

"Millions of American families rely on modest investments to retire, send their kids to college, and weather financial emergencies," Van Hollen said in a statement. "But many have been cheated out of their money after investing in seemingly-legitimate Chinese companies that are not held to the same standards as other publicly listed companies."

READ:  Republicans to Trump: Georgia fraud claims could cost us the Senate