Selecting Huntsville, Ala., ends a politically charged search for the headquarters’ permanent location that spanned 24 states and lasted more than a year. 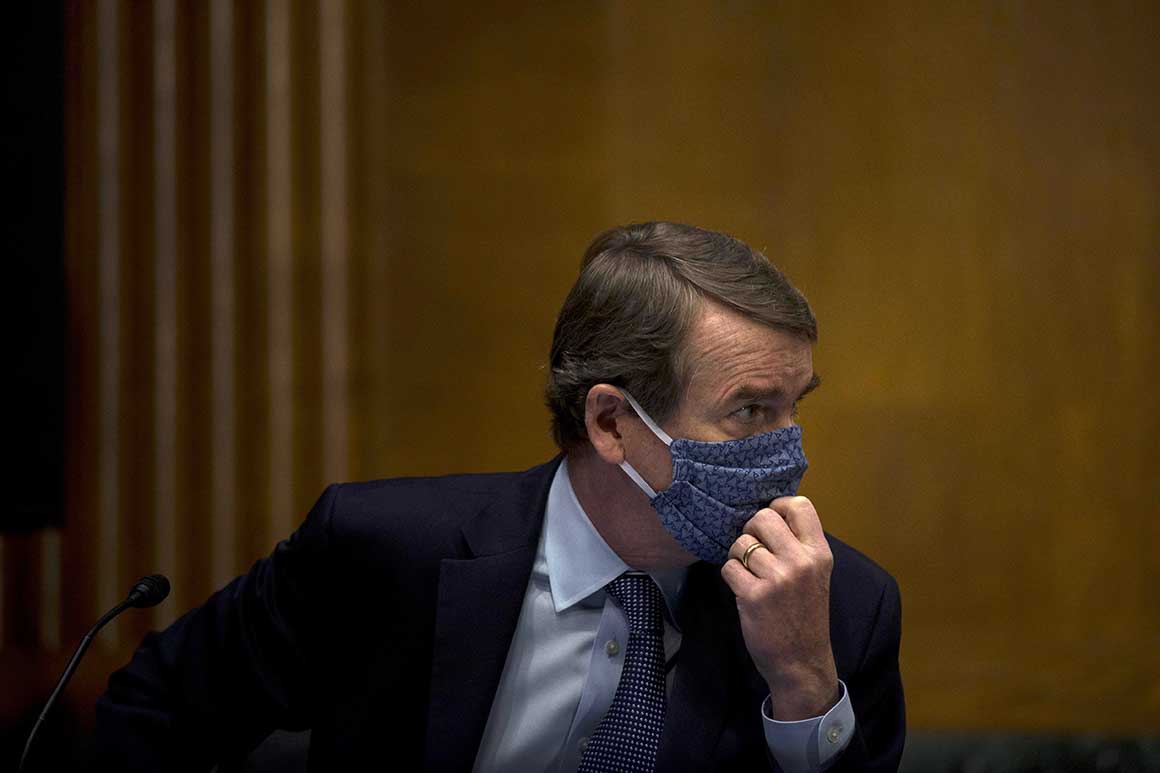 Members of the Colorado congressional delegation are urging President-elect Joe Biden to reverse the Trump administration's "horrendous decision" to base the headquarters of U.S. Space Command at Alabama's Redstone Arsenal.

Rep. Doug Lamborn (R-Colo.) sent a letter to Biden on Wednesday not long after the Pentagon announced it had decided to base the 1,400-person headquarters at the Army facility in Alabama, not at Peterson Air Force Base in Colorado. In his letter, Lamborn highlighted the need to maintain stability in America's national security space enterprise as Russia and China develop technology to attack the U.S. in orbit.

"This last-minute decision, based entirely on political expediency, will devastate our space capabilities," Lamborn wrote. "I call on you to use your authority upon taking office as our nation's commoner-in-chief to reverse this foolish and hastily made decision."

"Just as President Trump is leaving office, Colorado was not selected despite reports that it was the Air Force's top choice," the senators wrote. "We believe a process based on the merits will keep Space Command in Colorado. There is no role for politics when it comes to our national security."

The Pentagon named six finalists to host the headquarters in November after a politically charged search that spanned two dozen states and lasted more than a year. Officials then winnowed it to the bases in Colorado Springs and Huntsville.

Huntsville's selection as the winner was made in consultation with the White House, senior military commanders, the defense congressional committees and others, according to John Henderson, the assistant secretary of the Air Force for installations, environment and energy.

READ:  One big flaw in how Americans run elections

The command functions similarly to other combatant commands, such as U.S. Cyber Command or U.S. Central Command. While the military services, primarily the Space Force, will train and equip troops, U.S. Space Command will actually instruct personnel to conduct space operations.

Huntsville, which is known as "Rocket City" because the rockets that launched astronauts to the moon were built there, has a robust space industry nearby, including factories for United Launch Alliance and Blue Origin.

The Air Force decision came down to either converting the provisional headquarters at Peterson Air Force Base into Space Command’s permanent home, or moving it to Alabama, Henderson told POLITICO in an interview.

To decide between the two, the Air Force sent a team of experts to do site visits for a more “qualitative and comprehensive” evaluation of each location’s ability to host the mission, Henderson said. Among other factors, the team looked at each site’s facility and community infrastructure, evaluating whether the bases had the space and capacity to host employees and their families. This included looking at the cost of living, and the availability of quality, affordable housing off base.

Ultimately, the team “objectively” rated Redstone ahead of Peterson in each category, Henderson said. One concern was that Peterson has taken on several additional missions in recent years and is filling up.

But the Air Force also had to weigh the significance and potential short-term cost of uprooting the military's existing space enterprise and moving it to Alabama, he said.

Some officials argued that it might be easier and less expensive to convert the provisional headquarters in Colorado and use some of the workforce already in place to accelerate the timeline for standing it up, Henderson said.

“We had to do a sanity check internally to say is it worth pulling the mission out of there or is it better just to convert the provisional headquarters in place,” Henderson said. “We took a hard look at Colorado to make sure this was the right decision.”

Lamborn alleged in a statement that the location of the headquarters was treated "like a political trophy." "This decision was not based on what is best for America's national interests."

Though President Donald Trump was involved in the process and gave his feedback, Henderson said the White House did not pressure the Air Force to make a decision one way or another.

“It was a deliberative, informative discussion, everybody in the room got to express their thoughts and their recommendations,” Henderson said. “I don’t feel like anything was inappropriately pushed in our direction.”

Critics of the decision will ask for the Air Force's evaluation scores to be made public, according to one source, who spoke on background to discuss internal conversations.

The Pentagon established U.S. Space Command in August 2019, setting off the search for a permanent location for the headquarters that will oversee the military’s space troops. Three months before its establishment, the Air Force announced in May 2019 that six locations were being considered for the headquarters.

But in March, military leaders told Congress that they were restarting the search to allow more states to compete at the direction of then-Defense Secretary Mark Esper, who wanted the selection process to be more “transparent” after members of Congress complained that their states did not get enough consideration. The Air Force released a new set of evaluation criteria and encouraged communities to self-nominate in May.

Officials visited those six sites both virtually and in person last month.