A progressive Democrat in the House wants to censure the Republican members who have recently downplayed the Capitol attack on Jan. 6. 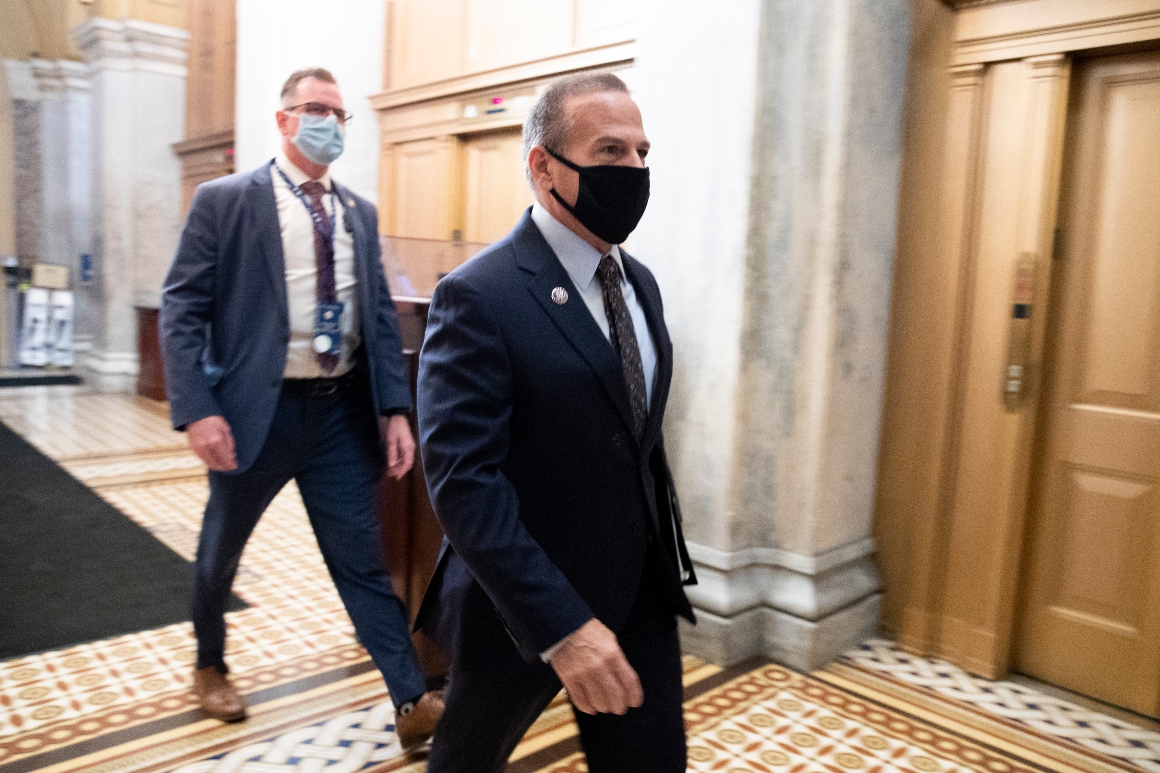 One progressive House Democrat is pressing to formally rebuke a handful of members in the House GOP over their dismissal of the gravity of the Jan. 6 insurrection.

Progressive Rep. David Cicilline (D-R.I.) is asking his colleagues to sign onto a resolution that calls for censuring members who claim the fateful day was “not an insurrection” and who are engaging in other efforts to undermine the “damage that was done," according to a copy first obtained by POLITICO.

“In doing so, they recklessly disregarded the future harm they could cause by legitimizing a violent attack on our democratic institutions — a conscious and harmful decision calling into question their dedication to their role as Representatives,” Cicilline wrote in a resolution that he began circulating on Friday.

He specifically pointed to recent comments made by GOP Reps. Andrew Clyde (Ga.), Jody Hice (Ga.) and Paul Gosar (Ariz.). The resolution may face headwinds getting a vote on the House floor.

“The commission is the place for that,” said a Democratic leadership source in response to news of Cicilline’s resolution, pointing to the 9/11-style bipartisan commission lawmakers are in the process of setting up to examine the assault.

The resolution comes as a growing number of pro-Trump lawmakers are seeking to downplay the violence that unfolded on Jan. 6, when scores of people broke into the Capitol, prompting then-Vice President Mike Pence, congressional leaders, rank-and-file lawmakers, staff, and others to flee and take shelter in various parts of the Capitol complex.

Rioters aggressively confronted law enforcement officials on the House floor, who had their guns drawn. A handful of GOP lawmakers also stood at the ready, prepared for hand-to-hand combat. Rep. Troy Nehls (R-Texas), one of those members, told POLITICO in January that he saw a man carrying a flag on a long wooden pole that was sharpened on the end.

Law enforcement officials have also previously testified that some rioters not only had firearms, but others also came equipped with bear spray, knives and zip ties.

Clyde likened video footage of rioters storming the Capitol to “a normal tourist visit” during a hearing on the attack this week.

“If you didn’t know the TV footage was a video from January the 6th, you would actually think it was a normal tourist visit,” Clyde said, arguing it was “no insurrection.”

While Cicilline did not name Rep. Louie Gohmert (R-Texas) in the resolution, he took to the House floor on Friday to downplay the breach at the Capitol as well.

“There have been things worse than people without any firearms coming into a building,” Gohmert said, falsely claiming there were no firearms.

Some Republicans have countered their colleagues, speaking out about the revisionist messaging.

“Like it's so not accurate. It's mind boggling,” Armstrong added, noting that he was scared for his safety that day.