Beijing-backed broadcast, print and social media outlets are accusing the U.S. of a double standard on Hong Kong. 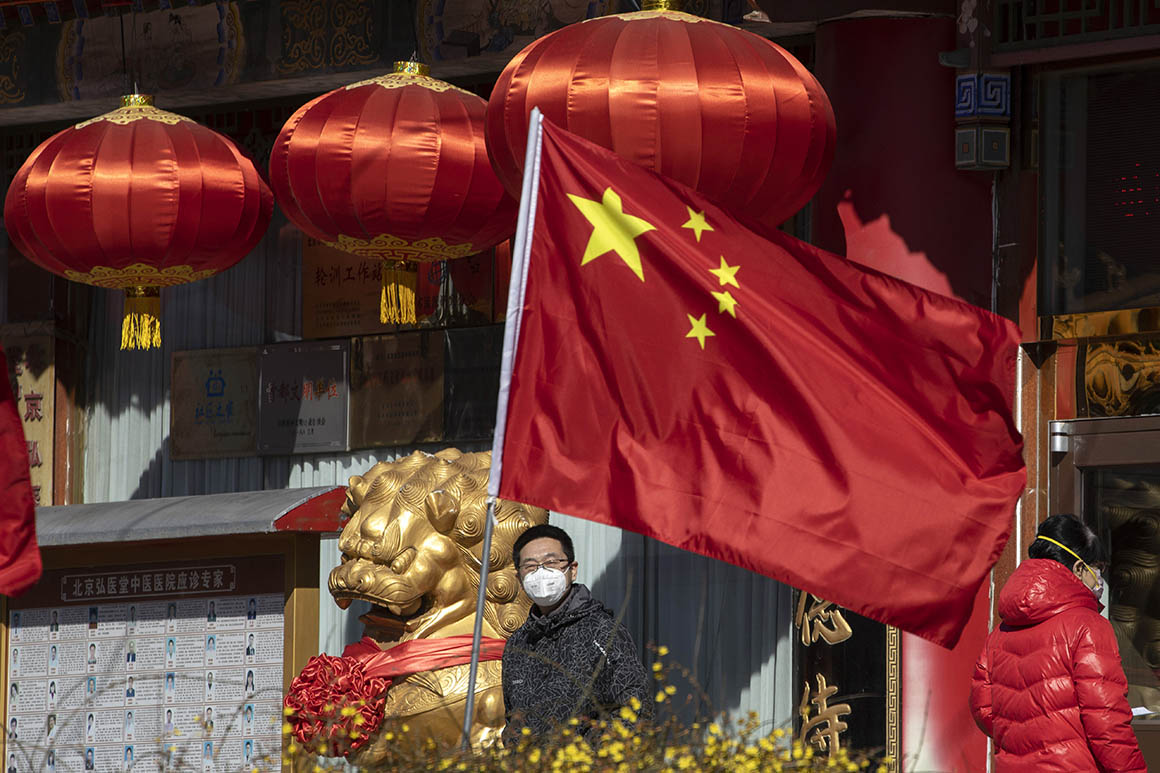 To Beijing, the outpouring of anger in the United States over the death of George Floyd while in police custody has been a gift. In social media, in broadcast and in print, Beijing propaganda authorities have seized on rioting across U.S. cities to drive home a point it often seeks to make: Washington adheres to a “double standard” and lacks the moral high ground to criticize Chinese actions that impinge on its own people’s human and civil rights.

The timing is highly convenient and a useful distraction for Beijing, which is working overtime both to convince mainlanders that Hong Kong is a willing recipient of a forthcoming national security law, and to refocus the narrative away from a coronavirus lockdown that left the economy reeling and unemployment spiking.

On May 30, U.S. State Department spokeswoman Morgan Ortagus wrote on Twitter that “freedom loving people around the world must stand with the rule of law and hold to account the Chinese Communist Party” for having “broken its promises to the people of Hong Kong” after the Party pledged to jam a national security law into the city’s governing document. Chinese diplomat Hua Chunying replied with three simple words: “I can’t breathe.”


Hua’s tweet was only one salvo in a sustained campaign by Chinese information authorities built upon the death of Floyd, the protests that have spread to dozens of major U.S. cities, and the sometimes heavy-handed police and government response.

On May 30, Xinwen Lianbo, state media’s flagship nightly news broadcast, showed its massive viewership reports that included interviews with fed-up protesters in Minneapolis. It included footage of protesters gathered outside the White House, a melee outside Barclays Center in Brooklyn, New York, and brief words from Floyd’s lawyer. One translated comment from an aggrieved protester (which could not be verified because it was not audible) pointedly stated: “This is a human rights issue.”

The broadcast included a separate editorial that laid bare the footage’s purpose. “American politicians are trying to escape [blame for] their own dereliction of duty in combating coronavirus, constantly passing the buck to China, blaming the WHO,” anchor Hai Xia said. “What prestige does [the U.S.] have left to make empty proclamations?”

Print media has followed suit. People’s Daily has generated a bevy of headlines in its paper and online editions about the protests, covering everything from the arrest of CNN reporter Omar Jimenez to the Pentagon’s avowed plan to deal harshly with U.S. protesters.

Social media is proving a particularly welcoming home to the many grim images and videos the protests and police response have generated. The hashtag “U.S. riots” is among the most widely discussed on Weibo, China’s largest public-facing social media outlet, garnering over 1.6 billion views.


“It’s a given that the Chinese Leninist political system will seek to exploit racial tensions in the U.S. today, just as Mao [Zedong] did in the late 60’s,” Daniel Russell, former assistant secretary of state for East Asian Affairs and now an executive at the Asia Society Policy Institute, told POLITICO.

The timing and the shape of the protests are triply convenient for Chinese authorities. China is facing significant international pressure over a plan its legislature has backed to add a national security law to Hong Kong’s governing document, a move that Hong Kongers and many foreign observers view as a blow to civil liberties there. China must also contend with the June 4 anniversary of the violent suppression of student protesters in and near Tiananmen Square. In person and online memorials are harshly censored and prohibited. To draw attention to the anniversary, Secretary of State Mike Pompeo was expected to meet Tuesday with Tiananmen Square survivors.

While Hua’s tweet to Ortagus drew a clear line between U.S. words and Chinese policy, the echoes are far fainter within Chinese-language media. For casual consumers of the news, U.S. protests and the police response fit into longstanding tropes in Chinese government propaganda and the state-led curriculum dating back to the rule of Mao Zedong: that the U.S. is unsafe, chaotic and beset with racial strife.

For those reading between the lines, subtle parallels abound. The article about Pentagon plans refer to the “pacification” of protesters, a term used during Tiananmen, when Chinese troops trained for national defense, fired on their own people. And in response to news spreading on Weibo that President Trump had just urged U.S. state governors to treat protesters more harshly, one grassroots user even invoked the grim scene — usually censored, but perhaps allowed to stand because of its critique of the U.S.: “Who says the military can’t face inward?”