“The 2020 presidential election was not stolen,” the Wyoming Republican wrote. 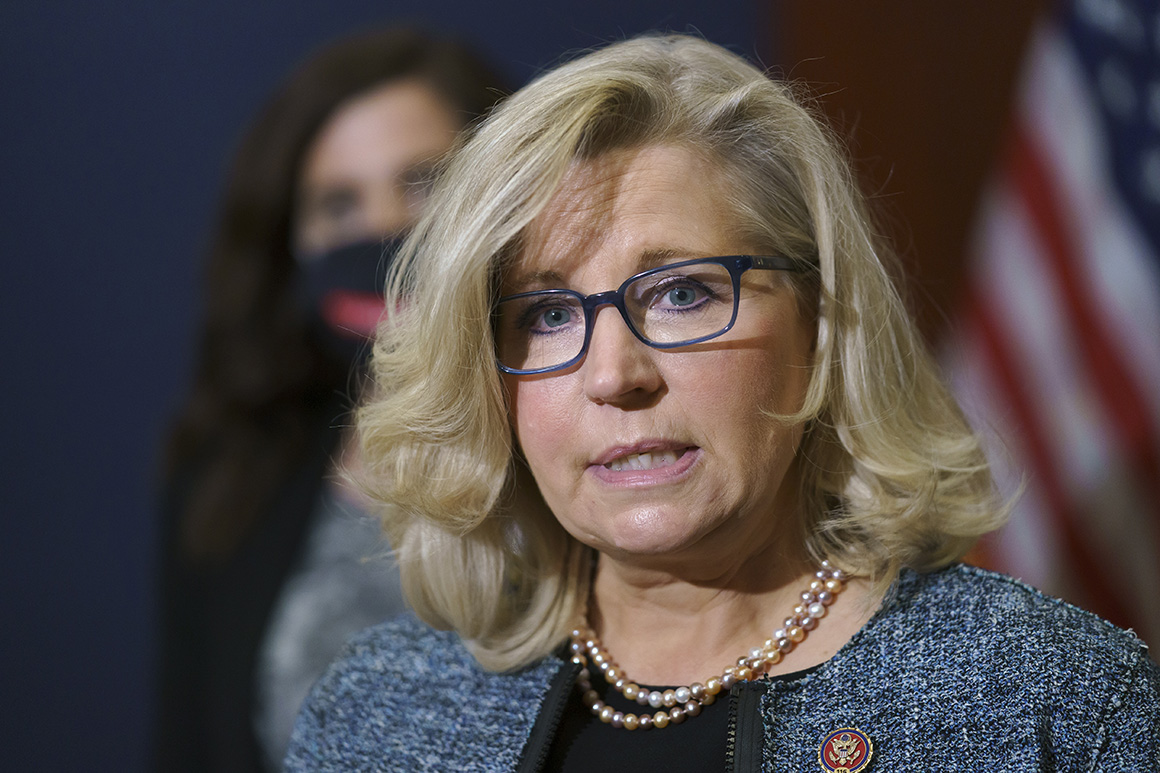 Rep. Liz Cheney on Monday escalated her feud with former President Donald Trump and his supporters in Congress, issuing a less-than-subtle swipe at the former president’s latest attempt to claim the 2020 election was stolen from him.

On Monday morning, Trump issued a statement from his Save America PAC proclaiming that the presidential election “will be, from this day forth, known as THE BIG LIE!” — an attempt to appropriate the label given to the false claim by Trump and his Republican allies that last November's election was in fact won by the former president.

Less than an hour later, Cheney (R-Wyo.), who faces renewed pressure from Trump-aligned forces within the Republican caucus to remove her from House leadership over her direct rebukes of the former president’s falsehoods, swiped back on Twitter.

“The 2020 presidential election was not stolen,” Cheney wrote. “Anyone who claims it was is spreading THE BIG LIE, turning their back on the rule of law, and poisoning our democratic system.”

Cheney was the highest-ranking Republican to join Democrats in voting to impeach Trump last January for the role lawmakers said he played in inciting the Jan. 6 Capitol riots. She has since become a top target of Trump and his political allies and has already headed off one attempt to remove her as House GOP conference chair.

The Wyoming Republican kicked up a new round of Republican agita last week when she said support for Trump-backed challenges to the 2020 Electoral College results should be disqualifying for any Republican seeking the party's 2024 presidential nomination. Some top Republicans — including Minority Leader Kevin McCarthy — are reportedly waning in their support for Cheney amid the continued internal hostilities between her and the party's pro-Trump wing.

Trump’s missive comes as Arizona's Republican-commissioned audit of the election results in Maricopa County — which includes the Phoenix metro area — is ongoing. The former president has latched onto the effort as the latest hope of proving that there was rampant voter fraud in the 2020 election he lost to President Joe Biden and issued a stream of statements trying to draw attention to the process.

Cindy McCain, the widow of Sen. John McCain, on Sunday derided the audit as a “ludicrous” attempt to undermine Biden’s victory. McCain was one of Trump's fiercest GOP critics and became a top GOP surrogate during Biden's campaign.