Cheney said she was gobsmacked that the minority leader traveled to Trump’s Florida resort less than a month after the deadly insurrection. 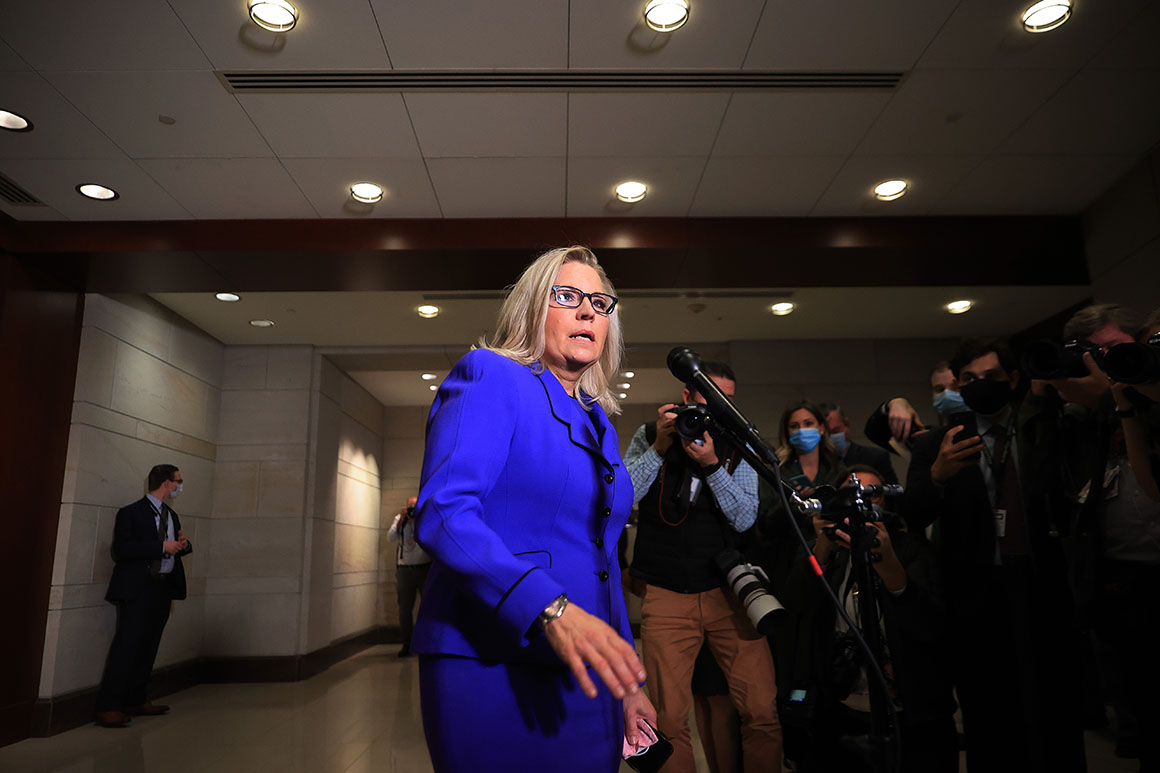 “I think he is not leading with principle right now,” Cheney (R-Wyo.) said in an interview on NBC’s "Today" show. “I think that it is sad, and I think it’s dangerous.”

The interview came one day after McCarthy (R-Calif.) orchestrated Cheney's removal from her leadership position as Republican conference chair. GOP lawmakers had soured over the past month on Cheney's unreserved criticism of the former president over his repeated lies about the 2020 elections and Trump’s role in inciting the Jan. 6 Capitol riots.

“For reasons that I don’t understand leaders in my party have decided to embrace the former president,” Cheney said.

Cheney said she was gobsmacked that the minority leader traveled to Trump’s Florida resort less than a month after the deadly insurrection that gripped the Capitol.

The Wyoming Republican’s detractors say her Trump bashing had become a divisive force within the GOP and a nuisance, particularly for someone in a leadership role responsible for party messaging and presenting a unified front.

Cheney said she has no interest in leaving the Republican party and she remains adamantly opposed to the agenda of President Joe Biden and his fellow Democrats.

“I’ve been very clear that I think President Biden’s policies are dangerous,” she said. “Every single day I’m fighting against those policies and will continue to do that.”