It’s game time in the New York City mayor’s race.
On Thursday night, the eight top candidates in the Democratic primary will face off in the first televised debate of the campaign season. For some, the two-hour event is a chance to land direct punch… 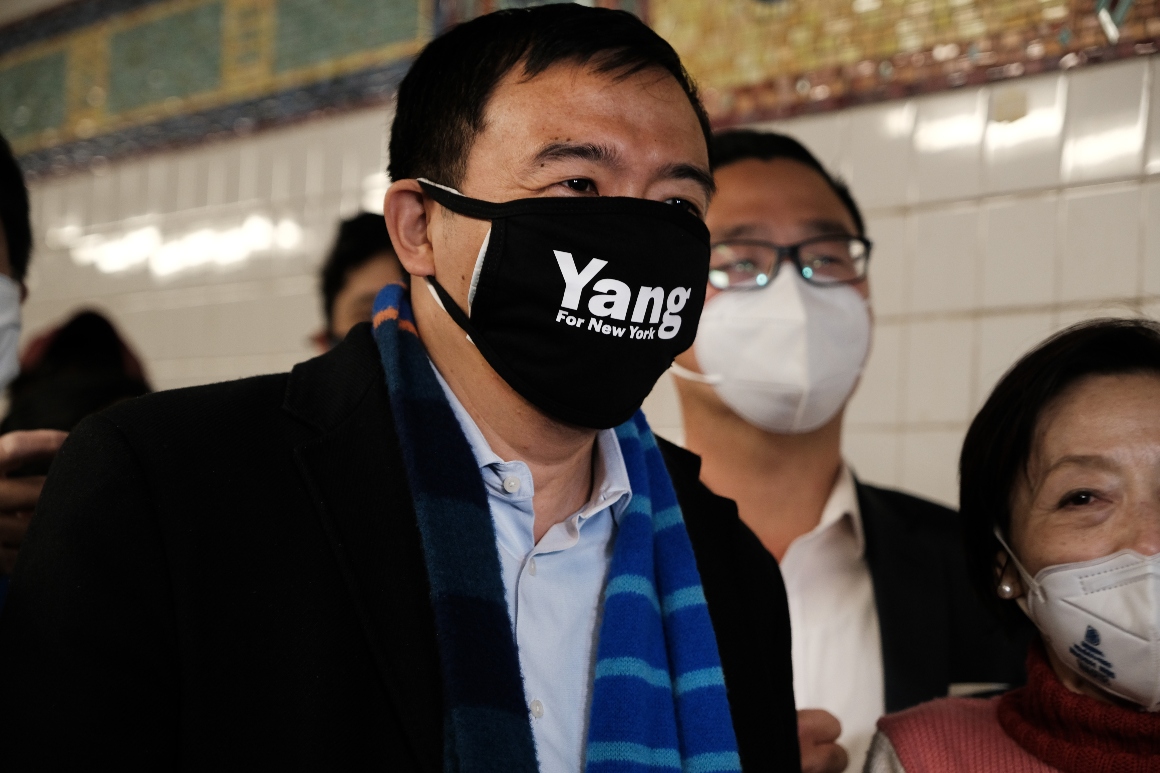 On Thursday night, the eight top candidates in the Democratic primary will face off in the first televised debate of the campaign season. For some, the two-hour event is a chance to land direct punches in conflicts that have been simmering on the trail for months. For others, it’s an opportunity to introduce themselves to voters, many of whom are just tuning into the race now.

“When the story of this race is written in the history books, this debate is going to be the first thing any New Yorker is going to actually remember,” said Joshua Karp, a veteran political strategist who worked on Georgia Sen. Jon Ossoff’s campaign and is advising candidate Shaun Donovan.

The debate is set for 7 p.m. and will air on NY1, moderated by Errol Louis with WNYC’s Brian Lehrer and The City’s Josefa Velasquez as panelists.

The candidates will participate remotely, disappointing some who pushed for an event where they could all appear on the same stage after months of seemingly nonstop candidate forums held on Zoom and Facebook.

“I wish we were in person,” candidate Kathryn Garcia said Wednesday on Lehrer’s radio show. (POLITICO will be co-hosting an in-person debate with WNBC, Telemundo 47, the Citizens Budget Commission and the New York Urban League on June 16.)

Still, candidates are prepping diligently for their prime time debut and, while few campaigns were willing to admit it in interviews with POLITICO this week, frontrunners Andrew Yang and Eric Adams are walking in with targets on their backs.

Adams, the Brooklyn Borough President who has recently been catching up to Yang in the polls, has had no qualms about denigrating the political newcomer on the campaign trail, calling him a “snake oil salesman” and dubbing his cash relief program, “UBLie". Yang has stuck to a positive message, simply citing Adams’ attacks as being driven by Yang’s consistent lead in the polls.

But they’ve both had plenty of controversies for their rivals to use against them.

Yang left New York City at the height of the pandemic, acknowledged not voting in local elections, got hit for advocating more enforcement against street vendors and laughing along with a misogynistic question, and this week was embroiled in a spat over a pro-Israel tweet.

Adams has talked about carrying a gun to church and as mayor, has faced ethics questions as a state senator and borough president, and spent years as a registered Republican.

"We don't want to give away too much, but we can confirm that the staffer playing Eric Adams did not bring a gun to our mock debate," cracked Donovan spokesperson Jeremy Edwards. "Though he did remember to bring Eric's NRA talking points."

“Unfortunately when you’re leading, and when so many candidates’ campaigns aren’t catching on, they will attack the frontrunners to try to climb and get exposure for their candidacy,” said spokesperson Evan Thies. “But Eric is prepared and has a strong record and a personal story that gives him credibility that the other candidates don’t, so we’re not concerned about that.”

Team Yang too said it was prepared for the pile-on, and has been readying responses in the run-up to Thursday, with a full dress rehearsal held over Zoom Tuesday night.

At attorney Maya Wiley’s debate prep sessions, adviser Alison Hirsh has tried on the roles of Adams, Garcia and Donovan.

“She is a really good Eric Adams. She misses a little bit of the cadence. I gotta say, you got to work on that Alison, but in terms of the substance, she nails it,” Wiley said Wednesday during a campaign stop.

Wiley, a former counsel to Mayor Bill de Blasio and MSNBC legal analyst, said her debate message will be the same one she projects on the campaign trail.

“This is debate prep right here. And if you want to know what my message is in the debate, you just heard it. You heard it yesterday, you heard it today, you'll hear it tomorrow,” she said at a Bronx campaign stop.

Wall Street exec Ray McGuire’s camp has been conducting prep sessions on Zoom and in person, with three podiums set up in the candidate’s Upper West Side apartment and a diverse cast of half a dozen advisers rotating roles.

“He’s a serious candidate for a serious time, and we hope to show people who he is, and how his plan for a comeback will help New York and New Yorkers,” said McGuire consultant Stu Loeser.

City Comptroller Scott Stringer, whose campaign has reeled from accusations of sexual misconduct two decades ago, is counting on his debate experience as the only candidate to have won citywide office.

“This is not my first rodeo,” he said Wednesday. “This debate will showcase not just my vision for the city but my competence to get the big ideas done ... One of the things that will be clear in this debate is we cannot have a mayoralty on training wheels.”

Garcia, the former Sanitation commissioner who has been lagging in the polls but recently landed a major endorsement from the New York Times, sees the debate as a moment to capitalize on her recent momentum in hopes of jumping into the top tier. Garcia is a well known figure in city political circles but her campaign plans to use the debate to land her image and her message with voters.

“People have been really learning about Kathryn Garcia these past few weeks. Now they’re going to learn about her platforms,” said a campaign staffer who requested anonymity to speak about debate strategy.

For former non-profit executive Dianne Morales, the objective will be convincing voters her left-leaning platform that might seem “radical” is actually realistic, said spokesperson Lauren Liles.

“We’re not going to really single out one [candidate] or the other, we’re just going to try and make sure that our message gets across,” she said.

Political consultant Bruce Gyory said with eight candidates on the virtual stage, they’ll all have to fight to make an impression.

“That’s more akin to a rugby scrum than it is to a one-on-one debate,” he said. “You’re going to have to throw clear darts when you have your chance to speak.”

David Giambusso contributed to this report.