SACRAMENTO — California legislative leaders said Tuesday that a statue of Christopher Columbus and Queen Isabella will be removed from the Capitol rotunda, where it has stood for 137 years.
The announcement comes as public sentiment sours against mon… 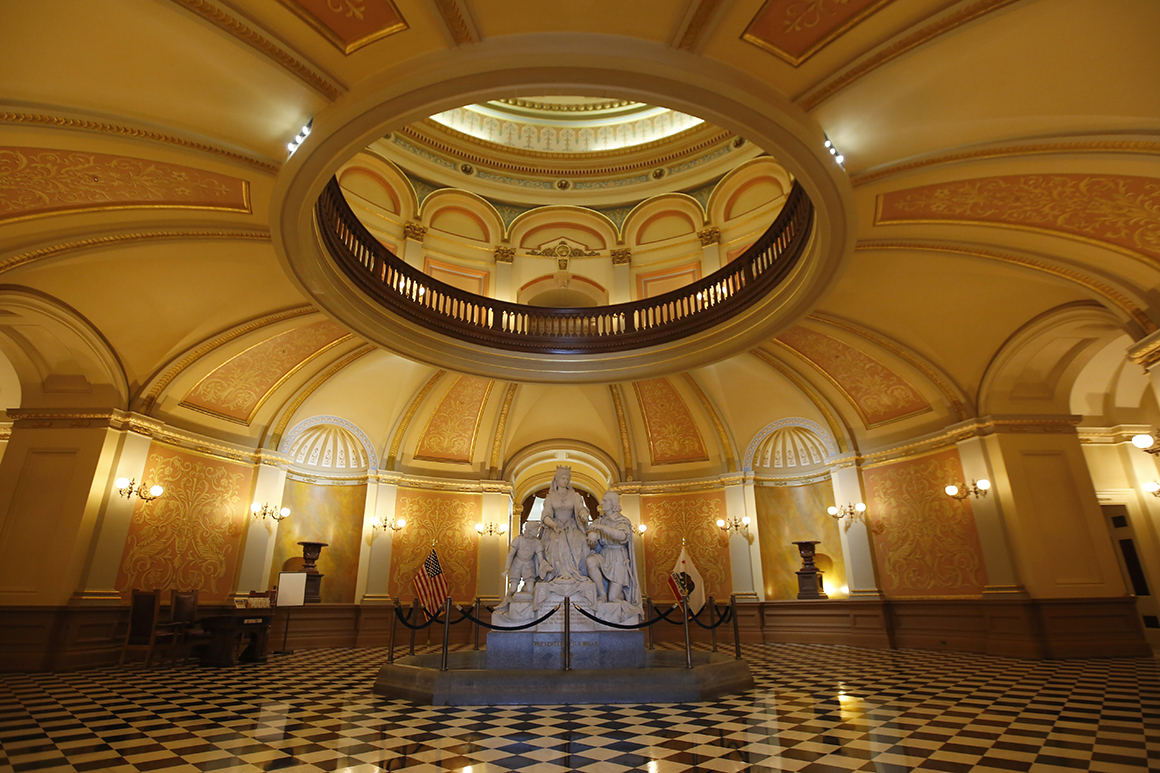 SACRAMENTO — California legislative leaders said Tuesday that a statue of Christopher Columbus and Queen Isabella will be removed from the Capitol rotunda, where it has stood for 137 years.

The announcement comes as public sentiment sours against monuments to historical figures seen as racist or imperialist, with institutions and demonstrators alike taking down statues amid protests following the death of George Floyd in Minneapolis police custody. The protest movement has forced leaders to reevaluate European-centric monuments in the United States.

"Christopher Columbus is a deeply polarizing historical figure given the deadly impact his arrival in this hemisphere had on indigenous populations," Senate President pro Tempore Toni Atkins, Assembly Speaker Anthony Rendon and Assembly Rules Chair Ken Cooley (D-Rancho Cordova) said in a statement. "The continued presence of this statue in California's Capitol, where it has been since 1883, is completely out of place today. It will be removed."

California eliminated Columbus Day as a state worker holiday in 2009 — not as a protest move, but to save money during the Great Recession.

In recent decades, the Columbus and Isabella statue was perhaps best known for late-night Capitol hijinks. On the final night of session, it was tradition for lobbyists and legislative staff to toss coins from the rail above with a goal of landing one in Isabella's crown. That continued until a finger of the page boy next to Isabella was broken off in 2014, which prompted a strict prohibition on coin-tossing starting in 2016.

According to the California State Capitol Museum, Sacramento banker Darius Ogden Mills gave the Columbus-Isabella marble statue to the state in 1883. The statue, which portrays Columbus successfully asking Isabella to support his 1492 voyage to the Americas, was dedicated by Mills' brother, a former Capitol commissioner.

A century later in the 1970s, the Native Sons of the Golden West and other groups argued that the Legislature should replace the statue. Although the statue was temporarily removed during a restoration of the Capitol, it ultimately returned to its current location in the rotunda.

It was not immediately clear Tuesday night when the statute would be removed and where it would end up. Alex Vassar, a legislative historian, said on Twitter that the Mills family in the 1980s wrote a letter to the Legislature requesting that the statue return to Mills' heirs if it is no longer on display in the rotunda.

Plans for the Capitol removal came a day after a statue of John Sutter, the Swiss settler of Sacramento who helped colonize California, was removed from outside the Sutter Health Medical Center. Sutter is believed to have enslaved Native Americans, according to the History Channel. Across the street from the facility is Sutter's Fort, which is also named for him. Both sites are within walking distance from the state Capitol.