Members from the Golden State, who have spent years cultivating close relationships with the tech companies, are banding together to oppose the sweeping legislation. 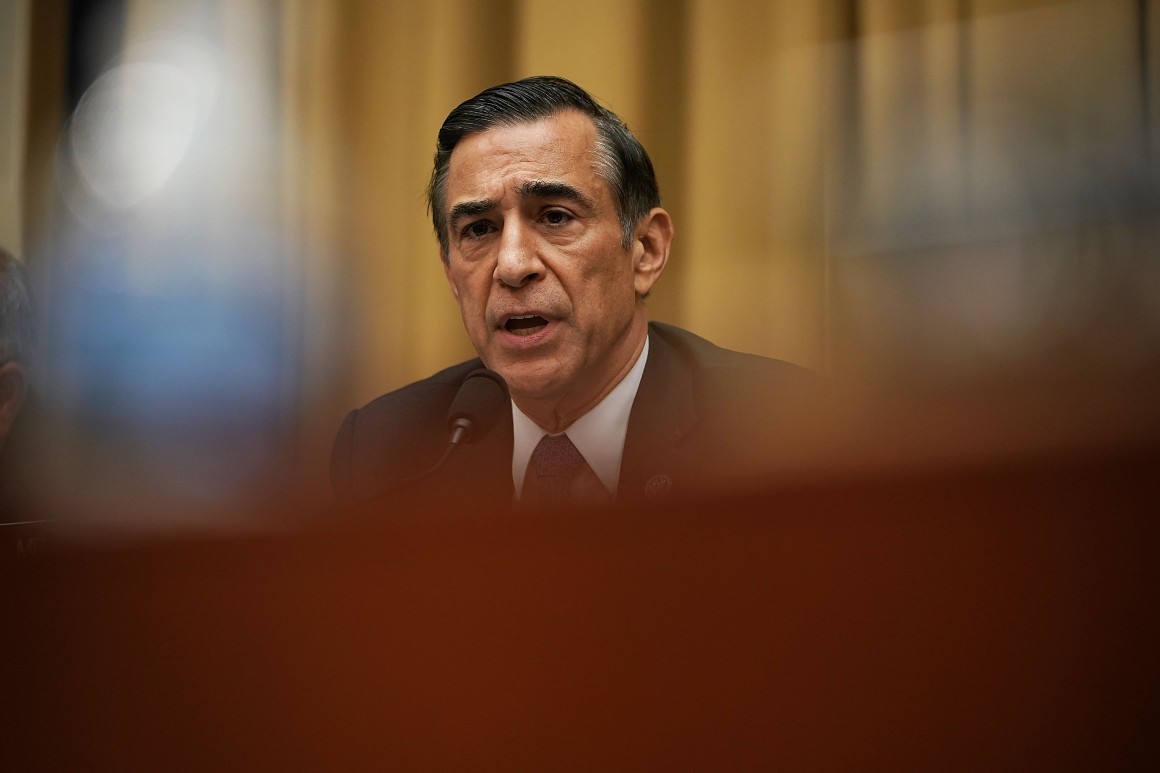 A group of lawmakers from California is emerging as a major obstacle to passing a historic package of antitrust bills aimed at clawing back the power of Apple, Google and Facebook — three of the most powerful companies in the Golden State.

The bipartisan lawmakers are coming out aggressively in defense of Silicon Valley, the “goose that lays the golden eggs,” in the words of Rep. Lou Correa (D), one of the members of the delegation. The California lawmakers including Correa, Zoe Lofgren (D), Ted Lieu (D) and Darrell Issa (R) argue the legislation could disrupt the U.S. economy and unfairly singles out the country’s four largest tech companies for increased regulation — concerns that hew closely to the tech companies’ talking points.

“It’s our constituents,” Lofgren said in an interview after the House Judiciary Committee marked up and passed all six of the antitrust bills. “When so much of our prosperity is related to this sector of the economy, it’s important to proceed with prudence. We have no idea what the impact will be.”

The Californians could be key holdouts, given that a group of moderate Democrats have already expressed worries about the bills’ impact on privacy and cybersecurity, and that GOP support is divided. While the bills have bipartisan sponsors, House Minority Leader Kevin McCarthy, the powerful California lawmaker who maintains significant influence over his party, has been a vocal opponent to the bills.

And with California lawmakers making up one of the largest delegations in Congress — 42 Democrats and 11 Republicans — more detractors could join the current group.


Minutes after the committee passed the final of six bills on Thursday, Lofgren, Issa and Correa along with Reps. Eric Swalwell (D) and Tom McClintock (R) issued a statement arguing that the marathon markup “featured several bills that would radically change America’s leading tech companies and made crystal clear that the bill text as debated is not close to ready for Floor consideration.”

The group has employed a range of tactics and arguments to stave off the toughest regulations and show no sign of relenting. Issa proposed a string of amendments that would have weakened or even fundamentally altered the legislation and pushed to extend debate even as Wednesday’s markup stretched well past midnight. “I hope we don't have to adjourn anytime soon,” he said around 5 a.m. House Judiciary Committee Chair Jerrold Nadler (D-N.Y.) said one amendment Issa proposed on Thursday would “destroy everything we are trying to do.” (It was ultimately voted down.)

READ:  Rivkees was pulled from a briefing. The official reason why is now called into doubt

Issa also hit at the bills from every angle, calling them an “unprecedented expansion of big government, an invitation for China to gain even greater access to our data, the creation of new and broader powers for Biden administration regulators, and a grab-bag of anti-business provisions that won’t empower consumers and will, at best, create a multiple of problem entities out of currently larger ones.”

Many in the group of California detractors have another thing in common: large donations from tech companies that would be hurt by the bills. Lofgren has directly received tens of thousands of dollars from Alphabet, Facebook, Microsoft and the National Venture Capital Association since she came to Congress. Issa counts Google’s parent company Alphabet and the tech trade group Consumer Technology Association as two of his top campaign contributors. And Facebook employees have been some of the top contributors to Swalwell’s campaign over his career.

Lofgren, Swalwell and Correa voted together against five of the six antitrust bills.

Swalwell brought up his concerns with the legislation during the California delegation lunch last week. “I’ve got thousands of constituents who work in tech,” Swalwell said in an interview. He said he’s specifically concerned about how the legislation would affect privacy protections for companies like Apple and has spoken in recent weeks with tech employees in his district, who expressed concerns about how the bills would affect their tech employers. “In my district, innovation is in our DNA,” he said.

The tech companies, which have been engaged in an aggressive lobbying effort particularly targeted at California lawmakers, have argued that the legislation could harm the products that consumers appreciate or unintentionally hurt small businesses. “The bills would require us to degrade our services and prevent us from offering important features used by hundreds of millions of Americans,” said Google’s vice president of government affairs and public policy Mark Isakowitz.

Rep. Ro Khanna, a Democrat representing Silicon Valley who opposes the antitrust bills, has argued that it’s not a matter of favoritism — he and fellow California lawmakers haven’t been afraid to criticize the tech companies over privacy violations or the spread of misinformation on their platforms. Lofgren and fellow California Democrat Rep. Anna Eshoo, for instance, have been promoting a privacy bill that has received aggressive pushback from all of the major tech companies.

“I don’t think it’s that they’re biased towards these companies,” said Khanna, who explained he’s generally in favor of antitrust reform but thinks these particular bills are “poorly-crafted.”


The bills’ California detractors “want to have something that’s going to pass muster, have a chance of passing the Senate and not make the situation worse,” Khanna said. He added he’s hoping Pelosi will step in to bring more “nuance” to the debate.

But House Speaker Nancy Pelosi on Thursday publicly split with these fellow Californians, saying she supports the overhaul and won’t cut it off because of concerns it will hurt innovation or the tech companies.

“We are not going to ignore the consolidation that has happened [in the tech industry] and the concern that exists on both sides of the aisle,” Pelosi told reporters.

“I think [Pelosi] will continue to respect our committee process,” Cicilline said. He said he has not spoken with her office about whether she intends to bring the bills to the floor, adding that members of the committee are planning to work together to update the legislation after the lengthy markup process.

The California opposition aggravated several members of the House Judiciary committee who accused their colleagues of falling prey to the expansive industry lobbying efforts. Rep. Pramila Jayapal (D-Wash.), whose district includes Amazon, told her colleagues, “I get it — I’ve got Big Tech in my district.”

“I am grateful for the things they do, I’m grateful for the jobs they’re providing, but why are we not talking about small businesses in this country?” Jayapal said. She later said in an interview that Facebook, Amazon, Apple and Google have “enormous power on both sides of the aisle.”

“They’re going to continue to push their agenda,” she said.

It’s rare for the California delegation to speak with one voice on any issue, considering the wide variety in their constituencies. Rep. Jimmy Gomez (D-Calif.), whose district touches eastern Los Angeles and is not a member of the House Judiciary Committee, said he’s planning to look at how the bills impact “not only the firms across the board but the people who work at them.” His district includes content creators, emerging tech companies and labor unions, he said, each of which have vastly different opinions on whether the government should confront the size and power of the major tech companies.

The supporters of the legislation are planning to embark in an “educational” process aimed at their California colleagues in order to address their concerns.

Cicilline said he plans to tell his Golden State colleagues about how his legislation would support the “development of new businesses, entrepreneurs and innovators.”

Cristiano Lima contributed to this report.