Chancellor Angela Merkel’s pragmatism could help rejuvenate talks as Berlin takes on the EU presidency, politicians on both sides say. 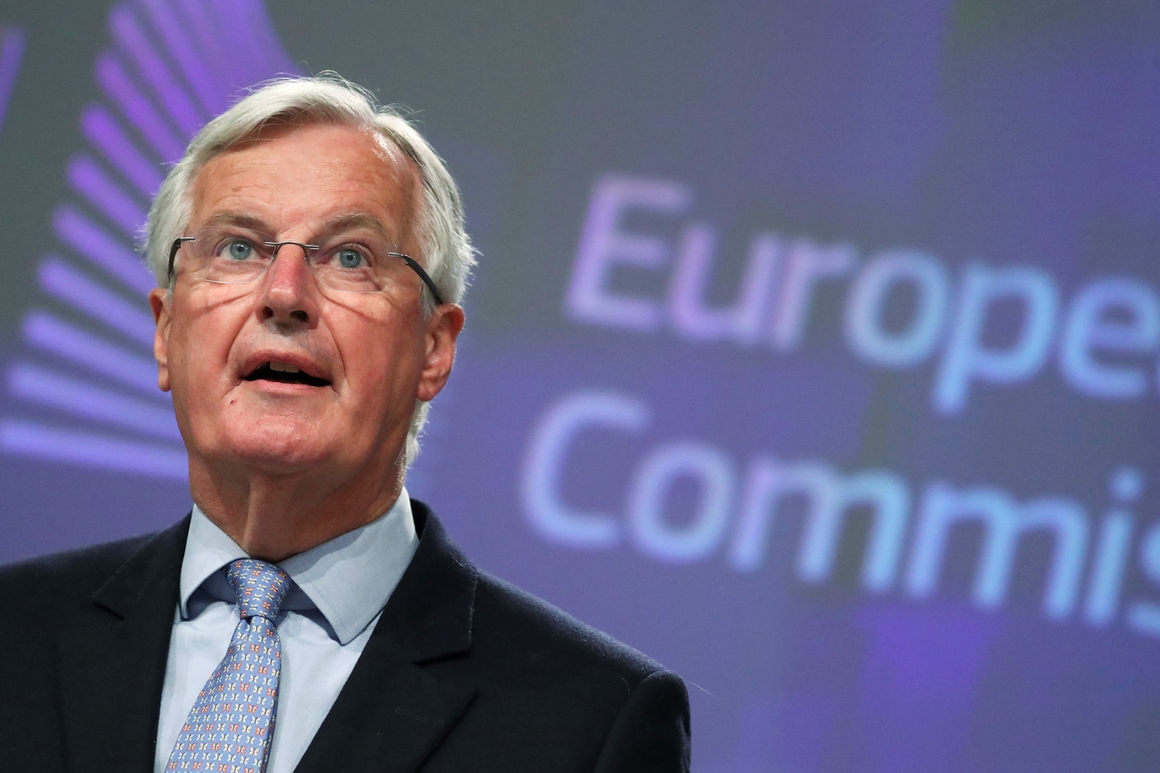 Brexiteers have long argued Germans would get them a trade deal — it's just unlikely to be in the way people in London imagined.

Negotiations are headed for a showdown in the fall, after minimal progress in talks since the U.K. formally left the European Union in January. After the U.K. last week formally rejected an extension to the transition period and an EU-U.K. leaders conference ended Monday with little more than promises to intensify negotiations, both sides are preparing for a (familiar) Brexit drama later in the year.

Conveniently, people on both ends say, Germany is taking over the six-month rotating presidency of the Council of the EU on July 1.

Even though Brexit chief negotiator Michel Barnier is leading the talks for the EU and there are no plans by EU countries to change his negotiating mandate, the Council presidency plays an important role in maintaining unity among the 27 EU member countries and finding potential compromises that could be acceptable to them.

German ambassador to the EU Michael Clauss told a recent panel discussion by the European Policy Centre that he expects Brexit "to absorb a lot, or most, of the political attention" of the German presidency in September and October.

In London, hopes of a German intervention are based on not only Chancellor Angela Merkel's reputation for pragmatic deal making, but also a belief that Berlin wants to avoid a no-deal scenario that would hit its export-oriented industry.

“Angela Merkel has historically shown herself to be a pragmatist and less doctrinaire than, for example, [French President Emmanuel] Macron," said Conservative MP David Jones, a former junior Brexit minister who also serves as deputy chair of the European Research Group of Brexiteer backbenchers.

READ:  Trump to visit California amid criticism for silence on fires

"She recognizes the reality of the U.K.’s departure and understands the mutual importance of Anglo-German trade. I would expect the German presidency to reflect Merkel’s pragmatism; it comes fortuitously in the final stages of the future relationship negotiations," he added.

That thinking is, to a certain extent, reflected in Berlin: "If Prime Minister Boris Johnson is most likely to trust a foreign head of government, it is Merkel. She has always respected the vote of the British people, even if she thinks it is wrong," said Jürgen Hardt, the foreign policy spokesperson of Merkel's CDU/CSU party group in the German parliament.

However, while Germany does want a deal by the end of the year, all previous attempts by Brexiteers to frame Germany as the EU's Achilles' heel have been refuted both by the country's politicians and its industry lobbies.

Those — like former Brexit Secretary David Davis — who said in 2016 that London's primary counterpart in the negotiations should be "not Brussels, but Berlin," were gently told that Germany stands fully behind Barnier.

Crucially, even the German car sector and other export-oriented businesses have argued that although a no-deal scenario will hurt them, unraveling the single market by agreeing a too-generous deal would be even riskier.

That position hasn't changed. "The priority that businesses are telling us is the priority of the European single market. Anything that undermines the internal market — which is already under enough pressure from the coronavirus crisis — or anything that possibly attracts imitators, should be rejected," said Volker Treier, head of foreign trade at the German Chamber of Commerce (DIHK).

Treier said the German government had recently reached out to him and other associations to get assurances that the industry still backs its Brexit policy. "I told them: no dodgy deal. No small sector-by-sector agreements as with Switzerland."

The German car lobby VDA said in a statement that Brexit was threatening important transnational value chains, but stressed that all efforts to keep trade barriers to a minimum were ultimately less important than keeping the EU's 27 countries together.

The CDU/CSU's Hardt added, "What Johnson can certainly expect from Angela Merkel is that she will do her best to support him in pursuing his [Brexit] policy as long as it does not conflict with the fundamental interests of the EU."

Metin Hakverdi, the German Social Democratic spokesperson on Brexit, said that because the EU is focused on the coronavirus crisis and its economic fallout, it is unlikely a deal can be agreed even by October, which would be necessary to give parliaments on both sides time to ratify any agreement. "On the contrary, there is reason to fear that the scope for making concessions now is much smaller."

Johnson said after Monday's videoconference with EU institution leaders that he wants a deal by the end of the summer, rather than having talks continue into the fall. This even-shorter timeframe could make it harder to get EU leaders' attention.

However, Hakverdi argued that the German government is best situated to "develop the ability to influence the British during its presidency of the Council and to maintain the unity of the 27 EU countries in the negotiations" in order to prevent a no-deal scenario.

The CDU/CSU's Hardt also said that instead of giving the U.K. an easy deal, Merkel will use her gravitas to inject some of her own pragmatism and realism into the British side.

Inside the U.K. government itself, the ‘Merkel factor’ is taken seriously. One official said it had was “obviously” welcome that “someone of Merkel’s experience and stature” would be holding the EU presidency at a time when the bloc has to grapple with the COVID-19 recovery, its multi-year budget and the U.K. trade deal all at once.

However, long experience has taught the Brits that there’s only so much diplomacy one national leader can achieve on Brexit. “The Commission are negotiating on behalf of the EU, and we have no intention of going around them,” said the official.

But a widespread assumption in Berlin is that as negotiations get more intense, the chancellor will pick up the phone more frequently and call Johnson directly to help move things along.

"She has his ear," Hardt said. "But she cannot spare the British the fact that some castles in the air and irresolvable contradictions that were promised as part of Brexit will fall apart."

Treier from the Chamber of Commerce agreed: "With her un-agitated and unemotional character, Merkel certainly has the best chance of reaching a workable compromise," he said.